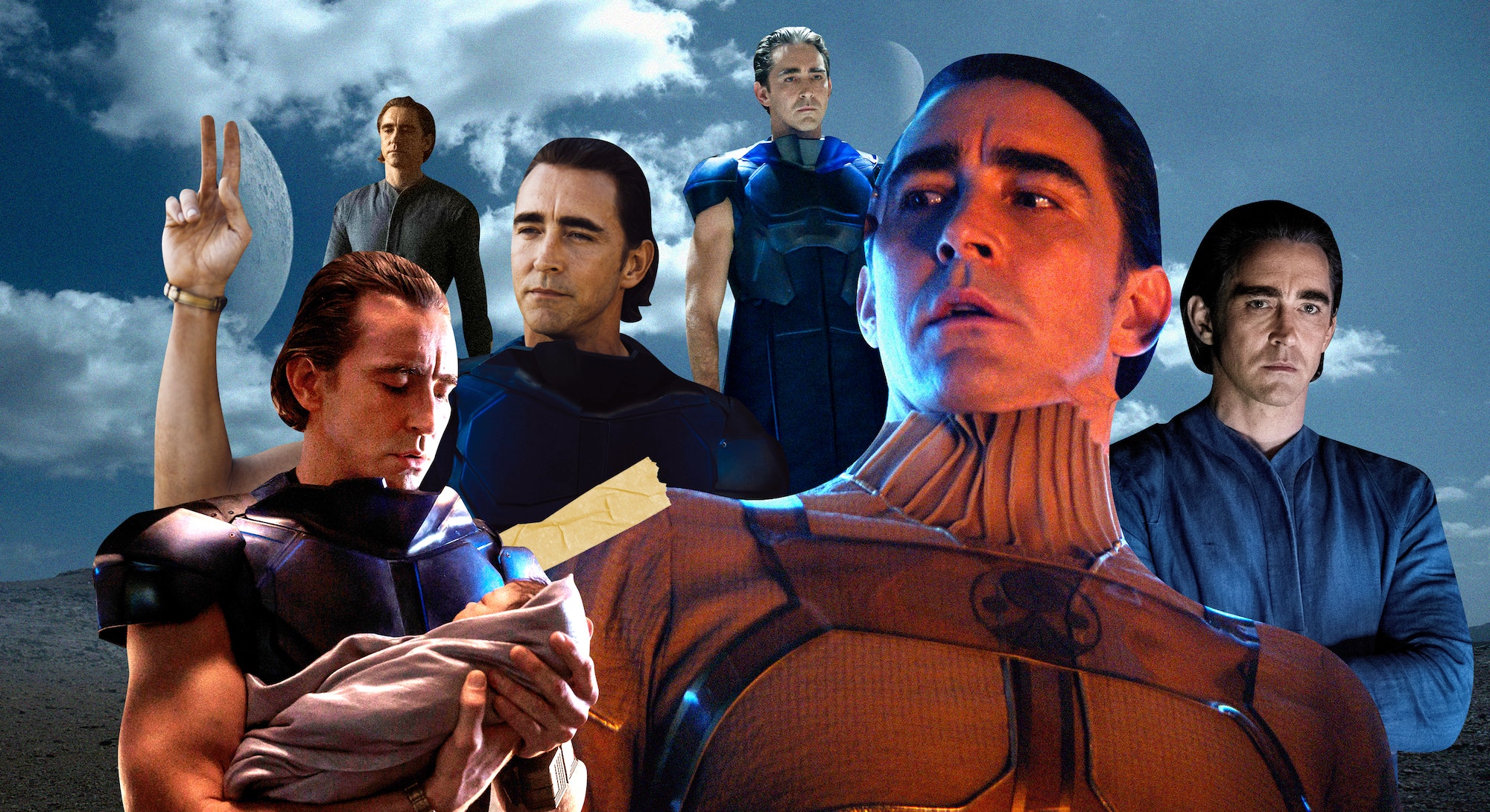 Never in my life have I seen a television show that so thoroughly misunderstands its own premise as Foundation does. From the jump, it’s certain that it’s about a particularly loathsome dystopia. Every person inhabiting every one of the countless worlds under the government’s rule is a varying degree of miserable. An endless parade of benevolent characters issue warnings about the horrors that will befall the current order if nothing changes, not to mention the warring factions and terrorists already testing the galactic empire’s fences. Dictatorship is bad, Foundation says. Dictatorship led by one man who clones himself over and over for centuries? Worse.

And I mean, maybe dictatorship is bad sometimes. Never been a fan of Hitler, for example. But what if a god among men, a 6’5” king with azure eyes and chin-length locks, sat on the throne? What if a whole interplanetary empire had the honor of bowing down to none other than Lee Pace, of living solely at the mercy of Lee Pace, of knowing that their children and grandchildren and great-grandchildren would all have the pleasure of looking upon Lee Pace and calling him “Empire”?

That, my friends, is the farthest thing from a dystopia that I can imagine. That is, in fact, a collective sexual fantasy that billions and trillions of galactic citizens have the privilege of living out each day. Each morning, people wake up across disparate galaxies and know that Lee Pace — uh, I mean, his character Empire — has permitted them to live. They walk around worlds filled with images of Lee Pace, and gaze upon monuments of Lee Pace. They hear recordings of Lee Pace repeating his eternal refrain: “Respect and enjoy the peace.”

Lee Pace has delivered you peace, and all he asks in return is that you respect and enjoy it. Gazing upon his heavenly visage day after day, contributing your small piece to the universe-spanning machine that keeps him happy... now that is a life to be respected and enjoyed.

In Foundation, Lee Pace’s character must continually wrestle with religions and sects — but if the show were remotely interested in realism, surely he’d be worshipped. Jesus started a whole thing with just one resurrection, while Lee Pace is reborn every 30-odd years. (Also, I very much doubt Jesus was as much of a smokeshow as Lee Pace. The son of God pulling off sock garters? Please.) Every generation witnesses the miracle of Lee Pace as he comes into his own, his shoulders broadening to fit his royal blue tunic, his voice deepening to a gravelly purr. The Lee Paces couldn’t not inspire religious devotion if they tried.

In every galactic empire, though, there are idiots, and Foundation is no different. There are fools who look upon the bounty that Lee Pace has given them — the peace and the cosmic infrastructure and, most of all, himself — and find it wanting. Naturally, when these idiots rebel, Lee Pace must mete out punishment. But if you (or, you know, your whole planet) are disciplined, that is because you disappointed Lee Pace. It’s a capital offense, and anyways, irritating Empire should make you so ashamed that you welcome death. Any person who has looked upon Lee Pace knows this, instinctually.

But Chloe, you say, this is fiction. It isn’t supposed to be realistic. Well, generally, I am very good at suspending disbelief. I will happily watch a show about spaceships and alien worlds and clones, and never once mumble that it “isn’t very realistic.” But with this ludicrous proposition, Foundation pushed me too far. I must speak truth to power; I cannot simply stand by while this show perpetrates violence against the Lee Pace-loving community. And for this, I believe Empire will reward me — for I do, truly, respect and enjoy the peace.