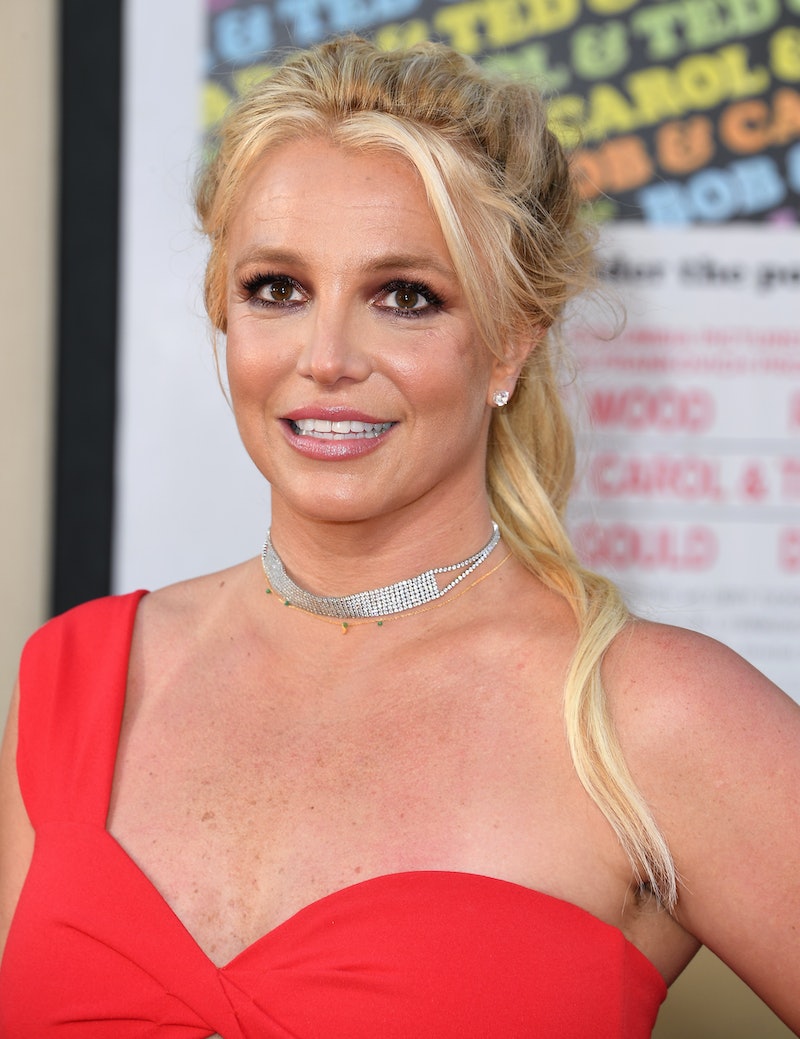 The media culture of the late 1990s and early 2000s, and in particular its treatment of famous women, hasn't aged well. Following the Feb. 5 premiere of Framing Britney Spears, "We are sorry Britney" became a trending phrase on Twitter. The new documentary, which is part of the New York Times Presents series on FX and Hulu, revisits the tabloid obsession with the pop star's personal struggles as well as looks at her ongoing legal battle to regain control of her finances.

Inspired by the #FreeBritney movement, Framing Britney Spears focuses largely on the 13-year-long conservatorship that has allowed her father, Jamie Spears, to control the singer's daily affairs and finances. In August, Spears petitioned to end her father's conservatorship in court, and many fans have become ardent supporters of the singer's financial freedom, according to the Los Angeles Times.

However, the documentary doesn't just focus on Spears' legal battles; it zooms out to show the negative impact of the media's mistreatment of the star amid her public struggles. The documentary compiles footage of talk show hosts asking the singer inappropriate questions (in 2006, Matt Lauer asked the star to respond to criticism she was a "redneck"), comedians who made jokes about her struggles, and hordes of paparazzi following the star's every move in public. On Twitter, fans apologized to Spears for the public's role in her difficulties, sharing appreciation and support for the pop star.

On Sunday, Feb. 7, one fan tweeted that "the media treated Britney Spears horribly for years" and added, "I’m glad that she’s finally getting the respect she deserves." Another #FreeBritney supporter shared an apology to the singer, writing, "The way the media treated you... and the world sat idly by. You deserved so much better and the world failed you."

"We are sorry Britney," another user tweeted Sunday. "For the horrible tabloids, the uncomfortable interviews, the scathing remarks, and the dehumanizing stares."

Other fans circulated old footage of comedians Sarah Silverman and Kevin Hart mocking Britney Spears, calling on the stars to apologize to the singer. Still other users reacted to revelations about Justin Timberlake and their relationship in the documentary, with writer Muna Mire tweeting, "Between how JT did Britney and Janet I don’t understand why we have not as a society excommunicated him."

More like this
The Try Guys Cheating Scandal, Explained
By Grace Wehniainen
Kourtney Kardashian Claps Back At Pregnancy Speculation On Instagram
By Jake Viswanath
Ryan Reynolds Shared His Colonoscopy On The Internet After Losing A Bet
By Jake Viswanath
Ed Sheeran’s Surprise Gig Included An Iconic Britney Spears Tribute
By Bustle Editors and Darshita Goyal
Get Even More From Bustle — Sign Up For The Newsletter