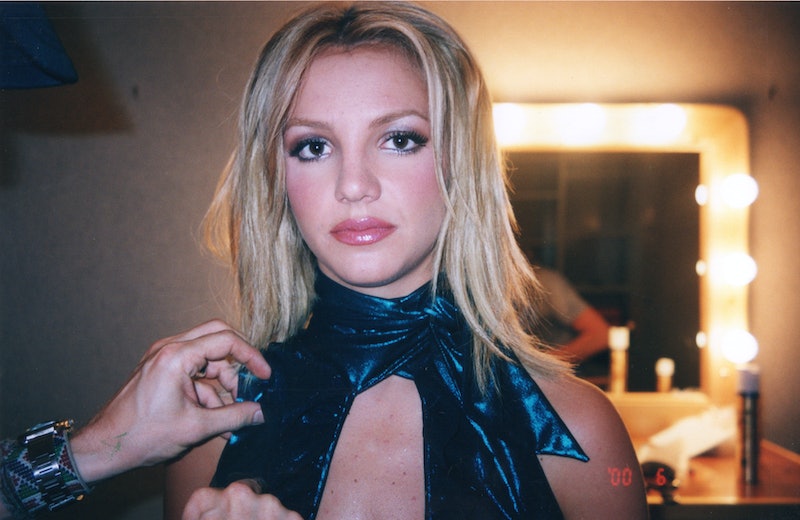 Thirteen years ago, at the age of 26, Britney Spears entered into a legal conservatorship that empowered her father to make medical and financial decisions on her behalf. The justifications for the arrangement have always been private, but "Framing Britney Spears," the newest episode of FX's documentary series The New York Times Presents, probes the possible grounds for keeping one of the most successful entertainers in the world in an all-encompassing legal stranglehold. The result isn't just a rehashing of Britney Spears' famous 2000s breakdown, but the story of those who watched it happen. Thanks to the swarm of paparazzi that followed Spears' every move, that includes anyone who read a magazine in 2007.

At its most incisive, "Framing Britney Spears" exposes an American public that was callous to a young woman's struggle amid fame, divorce, and parenthood. In one ugly clip unearthed by documentary-makers, contestants on an episode of Family Feud are asked to "Name something that Britney Spears has lost in the past year." Answers include "her husband" and "her mind." As writer Wesley Morris puts it on the show, "No one was helping her because there was too much money to be made off [of] her suffering." Even as Spears strived to help herself, the documentary reveals, her assertions of independence were dismissed as proof that she was crazy.

Take what happened on Feb. 16, 2007 — a date that still lives on in the annals of celebrity culture. That's the night Britney Spears shaved her own head in full view of the paparazzi. At the time, paparazzi were bearing witness to almost every moment in Spears' life, from mundane errands to intimate heartbreaks like the night her ex-husband refused to open the gates outside his home so Spears could see her children. So while it might seem surprising that Spears would shave her head with cameras watching, there wasn't much she could do about it. As "Framing Britney Spears" makes clear, they always were.

What the documentary also makes clear is Spears' motivation for shaving her head. As she reportedly told a tattoo artist who was present that day, she was simply "sick of people touching" her hair after years of being molded into the poster girl of sex appeal. On the scale of defiant behavior, shaving your head is pretty tame; certainly not cause to question your capacity for rational decision-making. On the scale of defiant behavior from a female sex symbol, though, rejecting femininity is a pointed act. Within this context, Spears seems less like a person "throwing a tantrum," as one contemporaneous news report put it, and more like someone asserting herself in terms the people profiting off of her image might actually hear.

That no one was really listening to Spears in 2007 is a theme that emerges throughout the 75-minute documentary. She repeats "I'm scared" as photographers teem around her and questions the paparazzi when they get too close to her car. On a particularly bad night, a photographer named David Ramos follows Spears then tails her to a nearby parking lot as she repeatedly pleads for privacy. Eventually, she hits his car with an umbrella. Recontextualized now, the moment doesn't read as an aggressive outburst but an excruciating attempt to make herself heard; in an interview for the documentary, Ramos still insists Spears never told him to leave her alone. Even during the comeback tour that followed the onset of her conservatorship, when Spears is supposedly back on top, she tearfully tells an MTV cameraman that she's sad. No one seemed to notice.

Public discourse about mental health has progressed since then, but that’s not enough to change Spears' present situation. Last year, she formally challenged her conservatorship — including her father’s control over her finances — and lost. With no legal recourse, she's now trying to prise back her independence by other means, like promising she won't perform again until the conservatorship is lifted. The general public might not be dismissing her as crazy anymore, but refusing to be Britney Spears is still her best means to get the people in control of her career to truly, finally hear her.