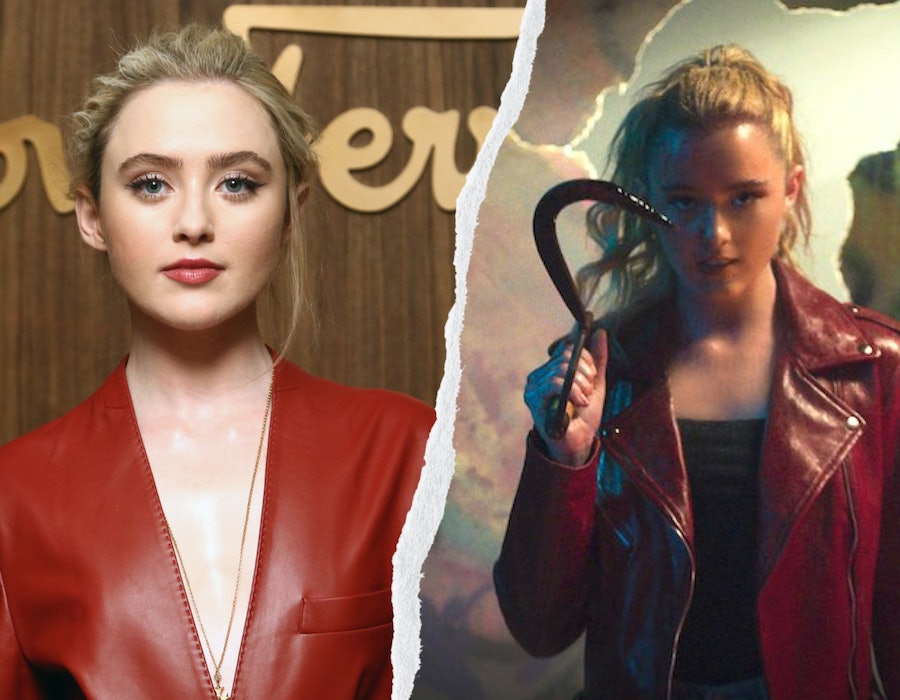 Kathryn Newton has carved out a niche playing women on the cusp of discovering themselves. Characters like the rebellious Abigail in Big Little Lies, who struggles to figure out her identity while juggling spending time with both her uptight mom and free-spirited stepmom; or The Society's Allie, a follower who's forced to step up and become a leader after a tragedy in an adult-less apocalyptic world. So when the opportunity came along to play a serial killer trapped in a teenage girl's body (yes, you read that right) Newton jumped at the chance to simultaneously play into and break type. In Freaky, Blumhouse's fresh take on the classic body swap movie, Newton's character Millie doesn't just begin to evolve — she radically transforms.

On the surface, Millie appears much like Abigail or Allie: she's insecure and still in the midst of mourning her father. But when the Blissfield Butcher (Vince Vaughn) stabs her with an ancient sacrificial dagger, they swap bodies. Suddenly Millie isn't a quiet outcast, but an emotionless murderer. Playing her was a challenge Newton relished. "[I] got to be this badass serial killer, which is so far from who I am that it almost made me more confident," she tells Bustle. "[Freaky's about discovering] how you feel about yourself on the inside. I think a lot of people don't realize how much power they have."

Much like Millie, the 23-year-old Newton says she's also "a girl that doesn't believe in herself." While she's acted alongside Hollywood legends like Julia Roberts and Reese Witherspoon and scored starring roles in projects like Pokémon Detective Pikachu and Netflix's The Society, it wasn't until Freaky that Newton felt like she truly came into her own.

"[I] got to be this badass serial killer, which is so far from who I am, that it almost made me more confident."

Embodying the bravado of a 6'5" man, it turns out, was intoxicating. "When Millie's in the Butcher's body and she sees herself [in her own body], she's in a red leather jacket and she looks more confident. She's carrying herself differently. She's not hunched over," Newton says. "There's a confidence in her body and you can feel it. I think [Millie's reaction is], 'I didn't even know I could do that. I didn't even know I had the potential to be that.'"

Though Millie appears more physically confident in the scenes when her body is inhabited by the Butcher, it's a quiet strength. In those moments Newton relied on nonverbal cues and intense eye contact to portray her power. "We do a lot of storytelling without any words. I learned about how small little movements can [mean so much]," she says. The experience was transformative. "Millie learned [self-confidence] in a really crazy way. We don't all get the chance to be somebody else for a day, but she literally sees how great she is from someone else's eyes."

Through the most unconventional of methods — body swapping with a serial killer — Millie gets a crash course in self-identity. "[The Butcher] brings the best out of her. She just learns to believe in herself. That's what the movie is really about, but we just tell it in a really crazy bonkers way," Newton says with a laugh. Because strangely enough, the Butcher brought out the best in Newton, too.