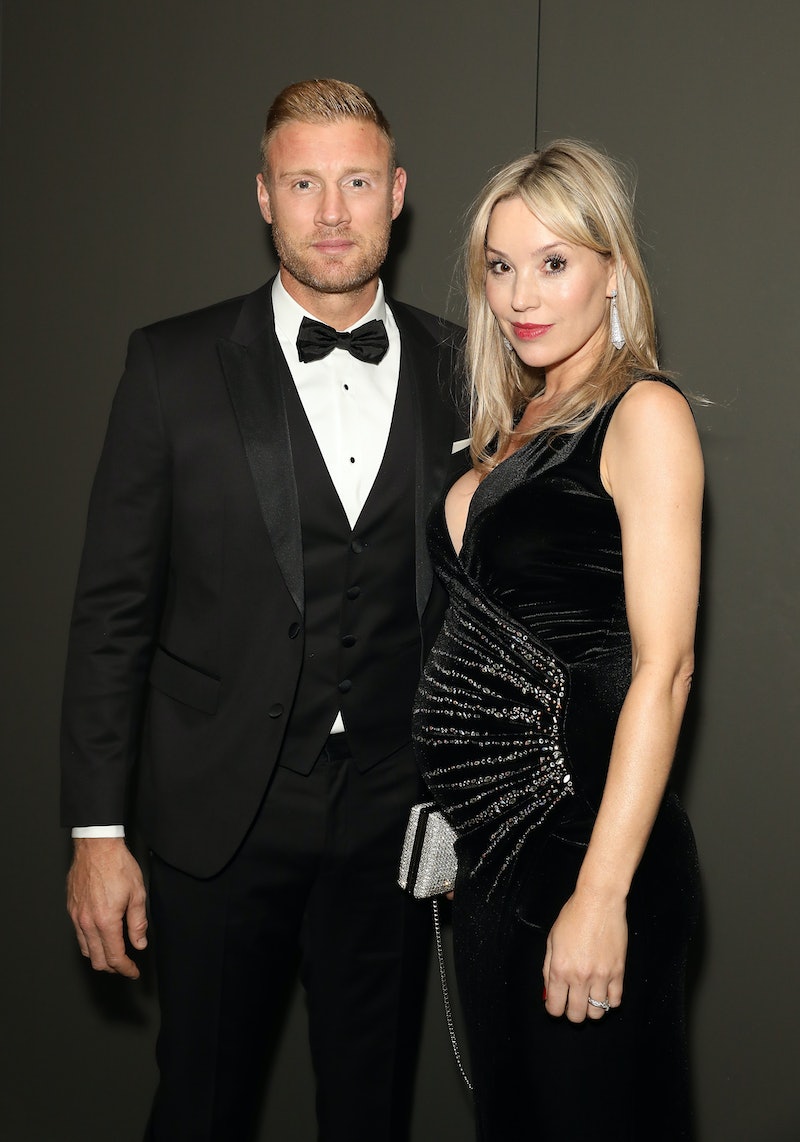 Sensitive content warning: This article includes references to bulimia and depression. If you’re in need of help, you can get information and support from BEAT Eating Disorders and Mind.

Andrew “Freddie” Flintoff is perhaps best known as an award-winning and record-breaking cricketer, but he’s a family man at heart. The father-of-four has been married to his wife, Rachael Wools Flintoff, for 17 years. The pair met at Edgbaston Cricket Ground in 2002 when Rachel, who owned her own marketing business at the time, was there for a work event. She told the Daily Mail back in 2007 that Flintoff “really wasn't my type physically, because I always go for dark men, but I thought he was the funniest guy I had ever met. He got hold of my mobile number and texted me a couple of times, and we met up for a drink, and I was pretty much bowled over by his charm.”

After tying the knot in London in 2005, the couple went on to have four children: Holly,17, Corey, 16, Rocky, 14, and Preston, 2, who is named after Flintoff’s beloved Lancastrian hometown. Rachael told the Daily Mail that despite her husband’s popular nickname taking off in the press, he will always be “Andrew” to her. “Freddie is a work name, as well as a bit of a jokey name, and although loads of his mates call him Freddie, to me he's Andrew, a husband and a father, rather than a sportsman and a celebrity,” she explained.

Flintoff has spoken out in the press about his battles with depression and bulimia. In a move that was well ahead of his time, he revealed to the The Guardian in 2012 that he had been struggling with his mental health when he captained the England team during the 2006-07 Ashes. The event became infamous for heavy drinking and poor cricket results. Flintoff has since said: "All I wanted was for the doctor to tell me what was wrong, but no one suggested it was depression.”

“There's a certain sense of shame when I remember sitting in the dressing room after winning a one-day international in the West Indies,” he recalled. “The lads were celebrating and I didn't want to be a part of it. I didn't want to do anything but sit on my own in the corner." Flintoff has since become an advocate for mental health. And in 2020, he shared his story in the BBC One documentary Freddie Flintoff: Living with Bulimia.