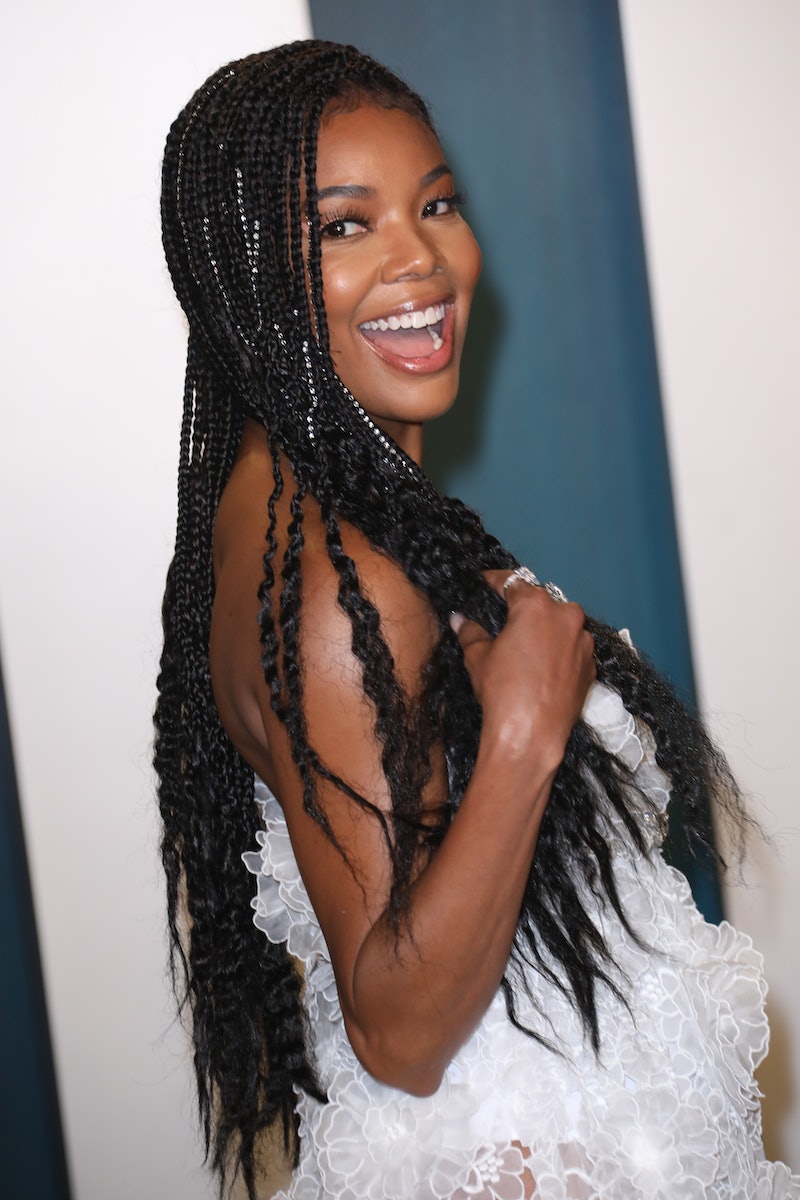 "I know you can be overwhelmed, and you can be underwhelmed, but can you ever just be whelmed?" Wade asks, playing the role of Chastity Church that Union originated. "I think you can in Europe," Union replied, quoting Larisa Oleynik's character, Bianca Stratford. Union, 48, chose a periwinkle blue corset and skirt set for the scene reading, a departure from her preppy look for the '90s film. 10 Things I Hate About You, directed by Gil Junger, starred Julia Stiles as Kat Stratford and Heath Ledger as Patrick Verona in a rom-com inspired by Shakespeare's The Taming of the Shrew. Union's Chastity was the popular girl best friend of Bianca, Kat's romantically-frustrated younger sister.

This is far from Union's first time paying homage to one of her earlier roles. She also participated in the #TellMeWithoutTellingMe challenge late last month by recreating a scene from 2000's Bring It On. "I said, Brr, it's cold in here. There must be some Toros in the atmosphere," she said in that clip, quoting her character Isis, Captain of the East Compton Clovers.

Last February, Wade and Union announced that Zaya was transitioning and using she/her pronouns. Union praised her step-daughter on Instagram, sharing a video of the 13-year-old with the caption, "Meet Zaya. She's compassionate, loving, whip smart and we are so proud of her. It’s Ok to listen to, love & respect your children exactly as they are. Love and light good people."

Zaya and Gabrielle — consider this our formal request for a She's All That recreation next.