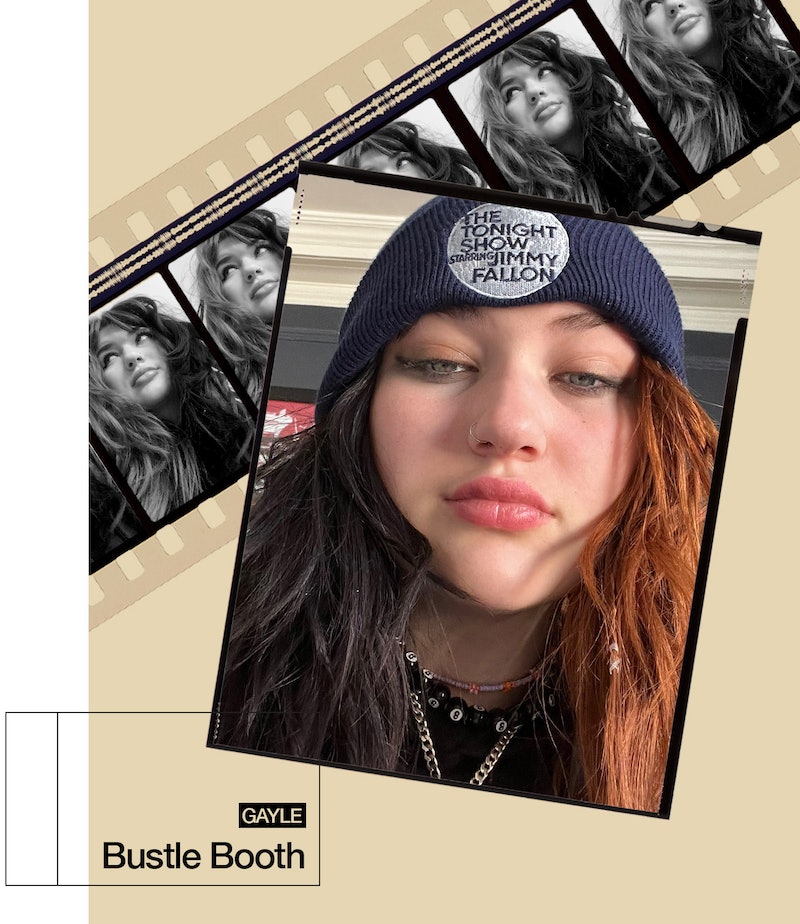 The alphabet is in thanks to GAYLE. The 17-year-old artist’s breakout hit “abcdefu” is now TikTok’s de facto kiss-off anthem — and a worthy successor to Kourtney Kardashian’s viral “abcdefg” catchphrase. But despite the song’s brutally honest and insanely catchy hook, which uses the ABCs to tell off the singer’s ex-boyfriend and everyone else in his life (except his dog), GAYLE insists she’s not quite as angry in real life.

“I’m not this vindictive bitch who’s like, ‘F*ck you’,” GAYLE tells Bustle about “abcdefu,” which topped Billboard’s global charts and peaked at No. 3 on the Hot 100 in the United States. “I’m like petty b*tchy, but it’s only for moments of time. I probably honestly wouldn’t say it to my ex’s face now, but I wrote it then because I never said those things to him.”

On her new EP, GAYLE proves that she’s more than “petty b*tchy.” The project, titled a study of the human experience volume one, came out March 18 and lives up to its title, telling highly specific yet universally relatable stories of love, friendship, and heartbreak from her adolescent years.

The EP contains self-aware confessions, progressing from “sleeping with my friends,” inspired by a period when she “felt really numb” and hooked up with friends to fill that emotional void, to “ur just horny,” a f*ckboy protest song that calls out one of those friends for who they truly were. “I’m sitting here and f*cking up my friendships left and right, just because I don’t feel anything,” she explains of this narrative arc. “Then as time passed on, this one specific person I realized just wanted to get into my pants the entire time ... and I blamed myself for so long about that.”

GAYLE’s rapid rise somewhat mirrors that of fellow teen angst queen Olivia Rodrigo, who shot to fame last year with her own anthems of heartbreak and despair with “drivers license.” The two singers happened to collide at a recent Nashville event, where Rodrigo made it clear that she has the singer’s back. “She’s the sweetest human being ever,” she says. “She just asked if I was doing OK because this sh*t is so hard and scary, but it’s also so exhilarating and exciting and amazing. That can be a new thing to comprehend and she went through that times ten.”

“[Olivia Rodrigo is] the sweetest human being ever. She just asked if I was doing OK because this sh*t is so hard and scary.”

Much like Rodrigo, and Taylor Swift before her, GAYLE is now faced with the prospect of a dating life full of people that know she’ll write songs about them. But she’s not phased in the slightest. “If you date a songwriter, you’re going to have a song written about you,” she says. “Sometimes people don’t think about it though, like, ‘They’re great. I’ll have a love song written about me.’ It’s all fun and games until you piss somebody off ... I also think if anybody doesn’t want to date me because I’m a songwriter, OK! It’s probably better that I didn’t try and date them in the first place.”

GAYLE is quick to point out that even her songs of hurt and rage come from a place of love and adoration. The same boy who inspired “abcdefu” is also the subject of achingly raw love song “kiddie pool,” written when she was 15. “For me to get that mad at them, I had to just love them with all of my heart,” she explains. She hopes her ex sees through her lyrical burns and realizes this, but she has no clue if he’s even heard the song. “I still follow his dad on Instagram, but I blocked him on everything in February. I just totally just cut communication,” she says. Well, aside from one text, just to let him know that his identity would not be exposed by her. “I know I’m a crazy b*tch, but I’m not that crazy a b*tch yet,” she says, laughing.

Get to know more about the self-described “emo alphabet girl” in her Bustle Booth questionnaire below.

Gotta be honest with you, I literally can’t think of one movie quote.

Idk, that I’m not a terrible person.