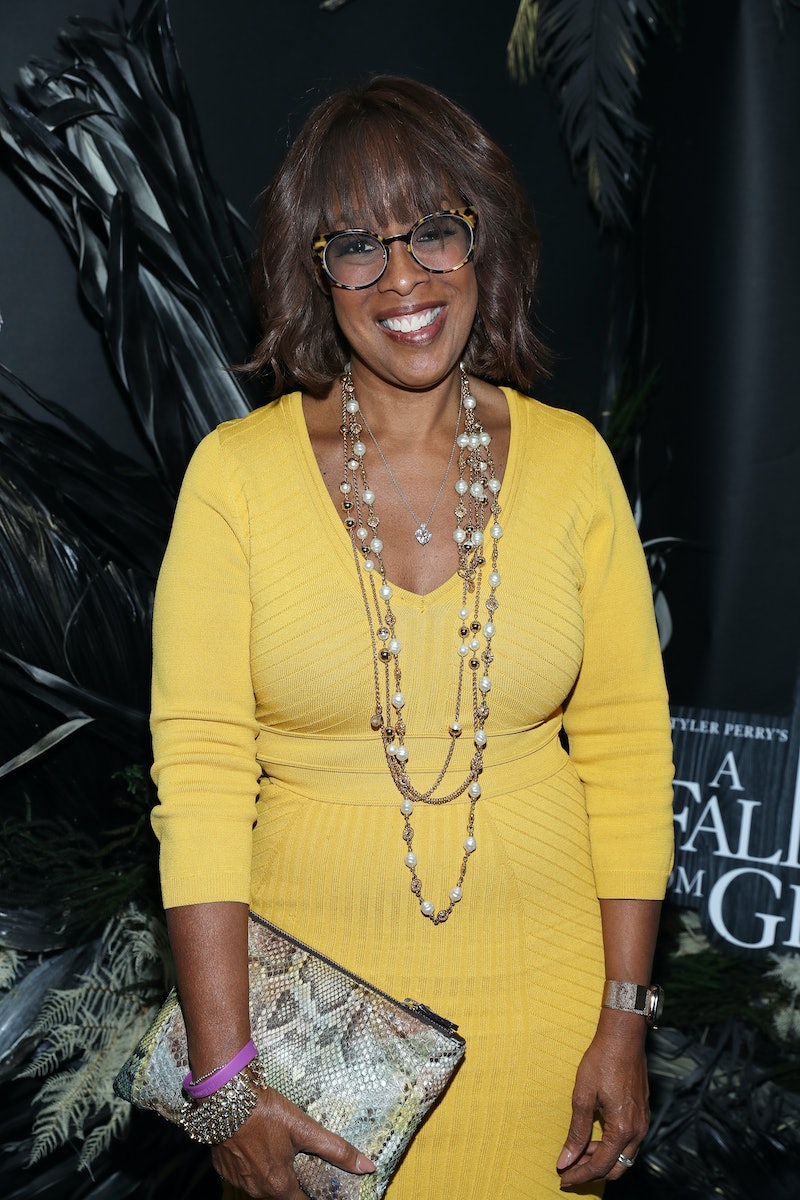 When CBS airs Oprah Winfrey's candid interview with Prince Harry and Meghan Markle on March 7, Gayle King will be among the millions watching. After all, she's already gotten a sneak preview of sorts from her best friend. "I've heard from reliable sources — this is Oprah talking — that it's the best interview she's ever done," King said during a recent CBS This Morning broadcast, per People. "So I'm curious. I think that's saying something."

Earlier this month, CBS announced Oprah's "intimate conversation" with the Duke and Duchess of Sussex for a 90-minute special. A network press release noted that the "wide-ranging interview," will begin first with Meghan and cover "everything from stepping into life as a royal, marriage, motherhood, philanthropic work to how she is handling life under intense public pressure." Later, Harry will join the duo to "speak about their move to the United States and their future hopes and dreams for their expanding family." (The couple recently announced they are expecting their second child.) As King noted, it's their first major broadcast since giving up their senior royal duties.

When CBS This Morning shared the interview news on Feb. 16, King called the interview "a big deal" and added that Oprah — who attended Meghan and Harry's May 2018 royal wedding, and is among the couple's neighbors in Montecito, California — had been working on questions all weekend, and "nothing is off limits."

Harry recently made a rare TV appearance on James Corden's The Late Late Show, revealing that one reason he withdrew from royal duties was because of the "toxic" press cycle that was "destroying" his mental health. "I did what any husband and what any father would do," he said, insisting he was "stepping back rather than stepping down" from royal duties. "We never walked away, and as far as I'm concerned, whatever decisions are made on that side, I will never walk away," he told Corden. "I will always be contributing. My life is public service, so wherever I am in the world, it is going to be the same thing."

Harry also opened up about his courtship with Meghan, with whom he shares nearly 18-month-old son Archie, and how they got close before they went public as a couple. "It wasn't so much where we went; it was just ... the way that we hit it off with each other and we were just so comfortable in each other's company," he said. "Dating with me — or with any member of the royal family, I guess — is kind of flipped upside down. All the dates become dinners or watching the TV or chatting at home."

As for which topics the couple will delve into with Oprah, royal watchers will have to tune in.