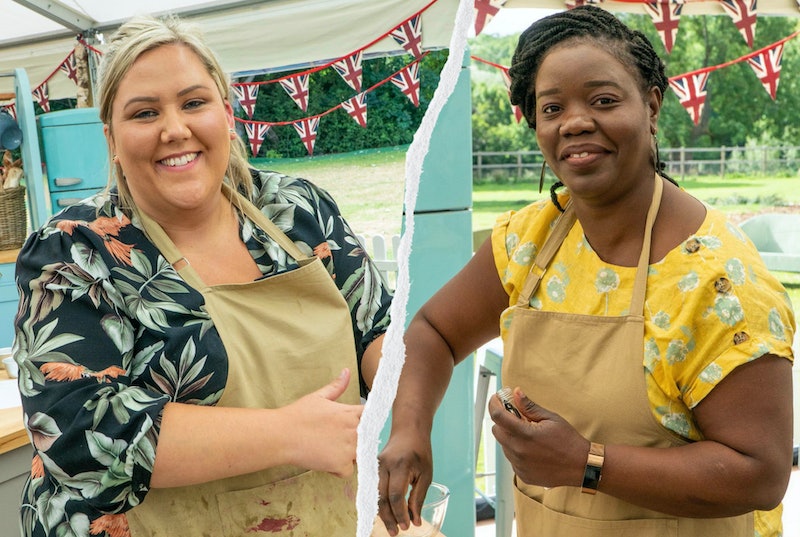 In the wake of a shock Great British Bake Off elimination, finalist Laura Aldington has tweeted asking viewers to "consider" their words and show "kindness."

"It's ok to be sad your favourite person didn't go through, but please remember it's not my fault. I don't make the decisions," Laura wrote on Nov. 17. "GBBO is all about kindness and I haven't seen much of that on here."

She added: "It's easy to sit there on your sofa and judge. But I am a real person with feelings. Please take a moment to consider your words before you judge someone you've never met and whose food you've never tasted."

On Tuesday night, Twitter was set ablaze when baker Hermine was eliminated in the semi-finals of The Great British Bake Off 2020. Despite decent performances in the signature and technical challenges (as well as being the first person to reach two-time Star Baker status this season), judges Prue Leith and Paul Hollywood were unhappy with her showstopper cakes, which Paul described as tasting like "rubber." It appears this is ultimately what sent Hermine home.

After the verdict was announced, viewers took to Twitter to express their outrage. Fans seemed specifically annoyed at the decision to take Laura through to the final as she had performed poorly in the signature and technical challenges and presented a messy cake in the showstopper round. Prue and Paul were disappointed by the appearance of her square Black Gateau creations, but we happy with the flavours.

British comedian and long-time supporter of Hermine Ed Gamble tweeted "What a shame that Bake Off has been cancelled." Former Love Island star Amy Hart wrote "Someone call the cops. There’s been a robbery on channel 4 #GBBO." Other Twitter users called for a "national day of mourning."

Some tweets were a bit more pointed. "HOW THE HELL HAS LAURA MADE IT TO THE FINAL? #GBBO ITS LIKE THE FIFTH TIME THIS HAS HAPPENED. ITS A FIX!!!!" one viewer wrote. Another said "How Hermine has gone after making ONE mistake when Laura has made mistake after mistake and is a car crash when it comes to baking!! Absolutely FUMING at this decision!! #GBBO."

Hermine has long been a fan favourite for viewers of Bake Off. In a love letter written to the baker on Nov. 10, Grazia writer Rhiannon Evans said "In a 2020 world, Hermine seems to be one to the those things we can all get behind, especially once a week on Tuesdays, around 8pm on Channel 4." She highlighted Hermine's openness about being a single mother, pointing to a recent Instagram post from the baker which said "This is a shoutout for the single parents like me who are out there. Single parents, especially single mothers get a lot of shade and they’re working very hard to raise kids that are an asset to society and I want to say kudos."

Hermine also took to social media on Nov. 17 asking viewers to show kindness in the wake of her elimination. "Please don't be unkind in my name. I am all about #love and #kindness. Honor my time at GBBO by showing love and kindness. Behind what looks like characters on tele are real people," a picture on her Instagram read. In the caption, she wrote:

"Mental health is real!!! Don't be the reason why someone ended their life. This is a strong sentence but real! It happens all the time. So let's talk about it. When our emotions get the best out of us, we can sometimes be unkind ... Please lets makes a conscious and collective effort to stop cyberbullying. We can do this. Together!!! ONE MESSAGE AT A TIME."