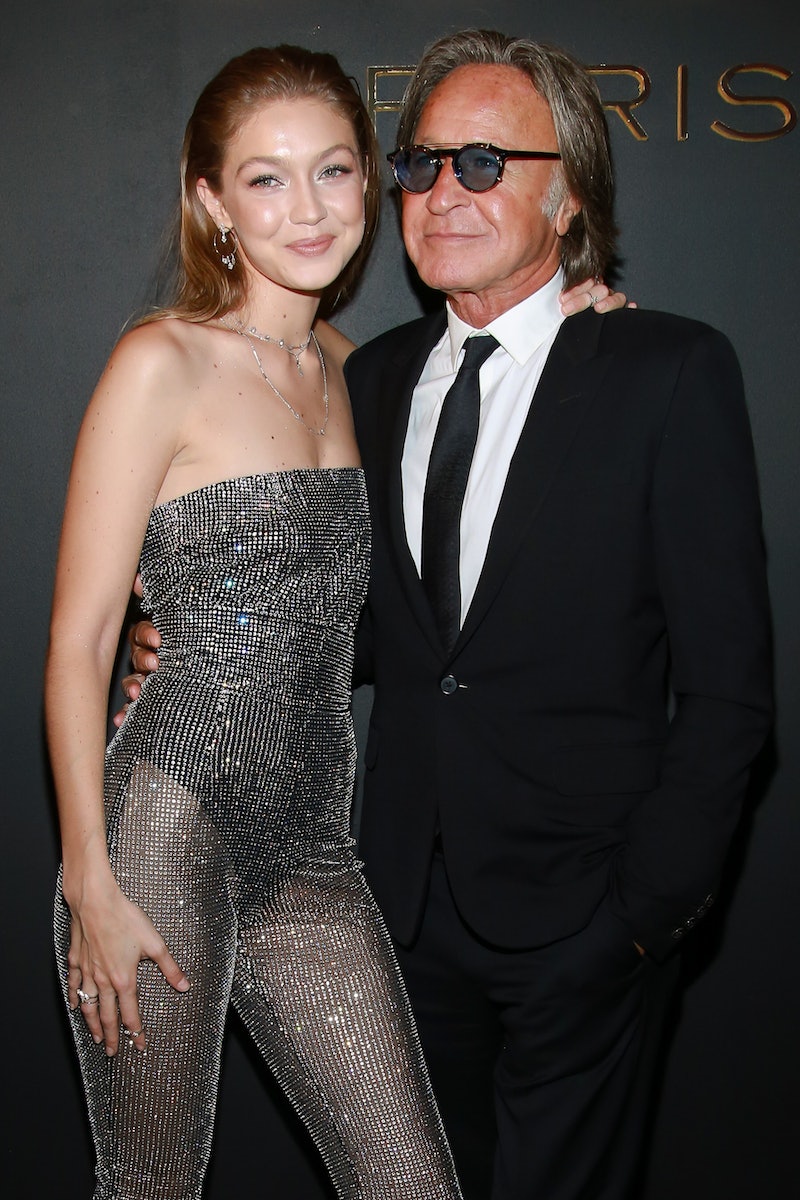 When new photos surfaced of Gigi Hadid and Leonardo DiCaprio seemingly getting cozy at a New York Fashion Week after-party on Sept. 12, rumors immediately began swirling that the pair had begun dating. Just days later, the model’s father, Mohamed Hadid, addressed speculation of a potential fling, revealing that both he and his daughter go way back with the newly single Oscar-winning actor.

“I met Mr. DiCaprio in St. Tropez four or five years ago and he is a very nice man,” the real estate mogul told the Daily Mail, adding that he “liked him” at the time. As for their rumored romance, however, Mohamed added that the topic hasn’t come up in conversation with Gigi. “I have not spoken to my daughter about Mr. DiCaprio,” he said. “I don’t think they are dating — I believe they are just good friends. But I really don’t know.”

One factor that has only further fueled speculation is that DiCaprio and his model-actor girlfriend Camila Morrone recently ended their four-year relationship, as People reported on Aug. 30. The typically private estranged couple, who were first linked in January 2019, had last been photographed spending the Fourth of July holiday together in a rare public outing. “Camila is doing fine,” an insider told the magazine on the heels of the breakup reports. “She has a big group of friends that really care about her. She is moving on with her life. She is not in contact with Leo.”

Meanwhile, multiple sources told People that DiCaprio had been hanging out with Gigi, who shares 2-year-old daughter Khai with ex Zayn Malik. “He really likes that she has her life together,” a source told the outlet. “She has a child and she’s mature. He wants to be with someone who has the same idea of good causes and political views like he does.”

While one anonymous tipster claimed that the duo is “getting to know each other,” but aren’t dating just yet, another revealed to the magazine that “Leo is definitely pursuing Gigi.” Added a third source, “They’ve been seen hanging out with groups of people. It’s only been a few weeks since the split. Since then, he’s been hanging out with friends and family.”

Elsewhere, E! reported similar information via their own unnamed sources. “Leo has been asking mutual friends about Gigi and wants to get to know her,” an insider close to DiCaprio explained, noting that they are not in an “exclusive” relationship. “They have hung out several times and he is interested.”

Shedding more light on Gigi’s point of view, E! also claimed that the model is “having fun with it,” but “is not interested in anything serious” right now.

More like this
Who Is Pete Davidson Dating? He "Courted" Emily Ratajkowski At A Knicks Game
By Jake Viswanath
Michelle Obama Opened Up About The "Discord And Discomfort" Of Marriage
By Stephanie Topacio Long
Chris Moyles’ Partner Supports Him In The Sweetest Way
By Darshita Goyal
Ben Platt & Noah Galvin's Engagement Announcement & Photos Are So Romantic
By Stephanie Topacio Long
Get Even More From Bustle — Sign Up For The Newsletter