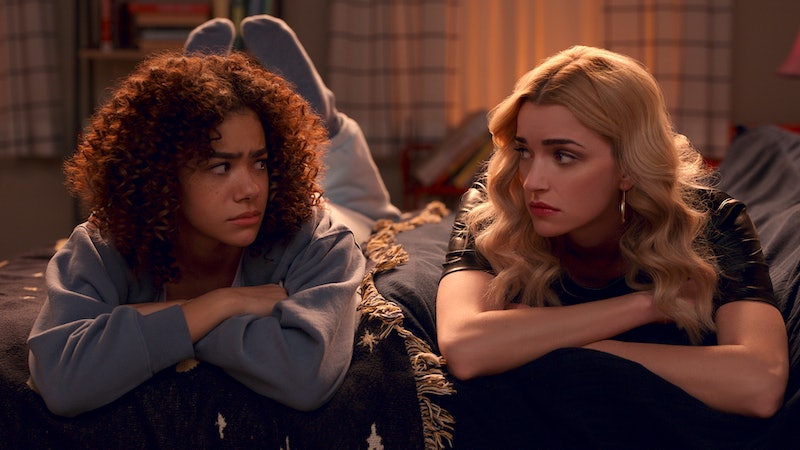 Ginny & Georgia fans are lucky as they will indeed find out where Ginny ran off to at the end of Season 1. Netflix announced in April 2021 that Ginny & Georgia has been renewed for Season 2. “We are so appreciative of the incredible response and love you all have shown Ginny & Georgia,” showrunner Debra J. Fisher and creator Sarah Lampert said in a joint statement. “We're especially grateful to Brianne and Toni, who set the highest bar every step of the way. We can’t wait to return to Wellsbury for Season 2.”

Billed as a dark riff on Gilmore Girls, Ginny & Georgia follows free-spirited mom Georgia and her teen daughter Ginny as they move to the New England town of Wellsbury and adjust to their new life there. The two initially have a tight-knit bond, but it turns out that Georgia is harboring a few secrets. The more Ginny learns about her mom’s past, the more it drives her away. "They almost can’t see past themselves to see that they both are actually [experiencing] the same thing, just in a different way,” Brianne Howey, who plays Georgia, told Bustle in February. “They’re both trying to fit in, they’re both going through these love triangles. But instead of taking it out on those people they come home and take it out on each other.”

At the end of Season 1, Ginny’s best friend Max finds out that she’s secretly been sleeping with her brother Marcus, blowing up their friendship. Ginny also starts to piece together that her mom had something to do with her stepfather’s death. Together, these events lead her to flee town with her younger brother Austin. Neither Howey nor Antonia Gentry, who plays Ginny, know where she’s going, though they guessed that it’s likely Massachusetts, where Ginny's dad recently moved. Meanwhile, Georgia celebrates her fiancé Mayor Paul Randolph’s re-election, and the private investigator hired to dig up dirt on her gets a new lead about her past.

Here’s what we know about where Season 2 will pick up.

On Dec. 1, Netflix announced Ginny & Georgia Season 2 will premiere on Jan. 5, 2023. Season 2 will consist of 10 hour-long episodes. The wait between seasons was longer than many fans expected. Season 1 of the show filmed in late 2019 and arrived on Netflix over a year later, in February 2021.

There's no trailer for Season 2 yet, but Netflix did debut the first new footage from Season 2 — a flashback scene on Tudum.com. When the second season was announced in April 2021, the cast did put together a fun little video to celebrate the renewal.

More like this
'The Crown' Season 6 Has Suspended Filming "Out Of Respect" For The Queen's Death
By Bustle Staff
The 'Freeridge' Cast Shared Their Hopes For A Potential Season 2
By Grace Wehniainen
Netflix Shut Down 'Bridgerton' S3 Rumours About A “Very Dark” Storyline
By Bustle
'The Queen’s Gambit' Season 2 Tweet Wasn’t From Anya Taylor-Joy
By Mary Kate McGrath, Jack Irvin and Grace Wehniainen
Get Even More From Bustle — Sign Up For The Newsletter
From hair trends to relationship advice, our daily newsletter has everything you need to sound like a person who’s on TikTok, even if you aren’t.

This article was originally published on Feb. 24, 2021