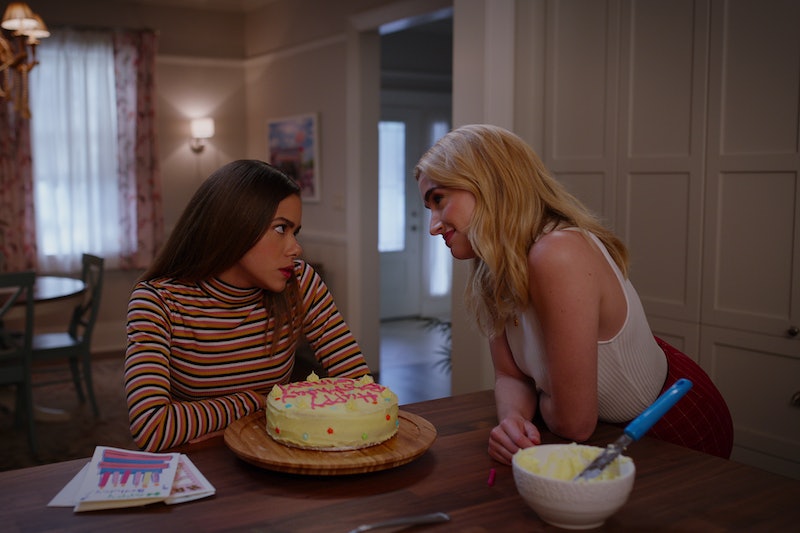 Spoilers ahead for Ginny & Georgia Season 1. Season 1 of Ginny & Georgia ends with fireworks in more ways than one. As Georgia celebrates both her engagement to Mayor Paul Randolph and his re-election, the private investigator hired to dig up dirt on her gets a new, incriminating lead about her past. Meanwhile at home, Ginny has similarly discovered her mom's dirty secrets — and is now high-tailing it out of town with Austin to who knows where.

It's a bombshell end to a show filled with twists and turns, but also one that gets at the core problem in Ginny and Georgia's relationship: neither of them really knows how to stay and deal with the rough parts of life. Though the season saw them at each other's necks, it also saw Georgia letting Ginny in more on her past. In running away, Ginny is borrowing a page from her mom's playbook that helps cement the growing distance between the two. "We’re ending [the season] on such a heartbreak. I just want to see them to heal personally," star Antonia Gentry, who plays Ginny, tells Bustle.

Brianne Howey (Georgia) agrees, adding that the mother and daughter have more in common than they realize. "They almost can’t see past themselves to see that they both are actually [experiencing] the same thing, just in a different way,” Howey says of the characters, who are both flailing in their new town but too headstrong to lean on each other for help. “They’re both trying to fit in, they’re both going through these love triangles. But instead of taking it out on those people they come home and take it out on each other.”

Neither Howey nor Gentry knows where Ginny is going (their best guess is Massachusetts, where Ginny's dad recently moved). But they hope a good cliffhanger isn't the only reason people will be rooting for a second season.

“Through the fun parts and the heart, [the show] really breaks down barriers of family," Gentry says of the show's handling of tough issues like race, mental health, and sexual assault. "[I hope that through watching,] people will be able to feel more comfortable expressing themselves having conversations that they may not have had before.”