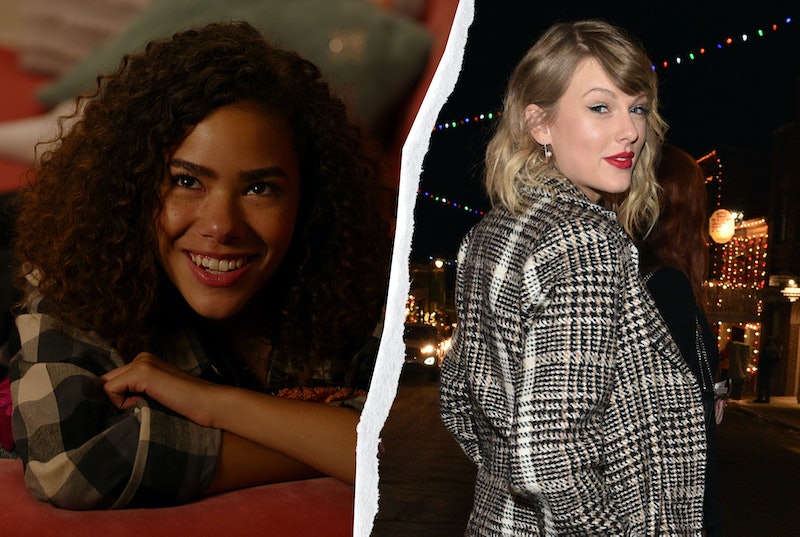 Days after Taylor Swift criticized Netflix's Ginny & Georgia for a "lazy, deeply sexist joke" about her public love life, one of the show's stars is speaking out. Ginny & Georgia's Antonia Gentry thanked fans for their support on March 4, writing a lengthy Instagram post. The 23-year-old doesn't mention Swift, nor the show's controversy, specifically. However, Gentry does express gratitude for playing "a character who dares to be flawed" and receiving messages of support from fans who relate to Ginny's struggles.

"Thank you for the love and support you have shown me and our show, Ginny & Georgia, over the last week," Gentry wrote. "I never would have imagined something like this as a young girl—that is, having a voice capable of impact. It is so meaningful to see the hundreds of messages from fans in my inbox who feel seen, heard and understood because of the show and its characters. It has also been fun to hear from those who were just happy to be along for an entertaining ride."

Gentry went on to compare her real-life challenges to that of her character's. "As someone who grew up feeling voiceless and unimportant, and who did not see herself reflected on screen, Ginny Miller was finally a reprieve," she said. "Finally, a character who was just as confused and imperfect as I was gets a chance to exist. Ginny Miller, though fictional, is a character who reflects all of life's contradictions and imperfections."

"I fell in love with playing as Ginny Miller because she is a character who dares to be flawed, a character who tries her hardest to melt into the world around her seamlessly, but is consistently told no," she added. "She is a character among many in the show who implicate us all. She shows us our own biases, prejudices and injustices. She loves, she lies and she stands up for what she believes in—even though she may not have all of her facts straight. She makes mistakes—morally, mentally, physically, emotionally—and not just within herself, but within the broken world she lives in."

Gentry then went on to directly address the Ginny & Georgia team, which includes her co-star Brianne Howey as Georgia. "I am so delighted to work with talented, earnest and honest women who aren't afraid of pulling back the curtain and exposing all of life's intricacies—the good and the bad, all with a glass of wine in hand, and a tongue in cheek," she wrote. "To all of the people who have sent hundreds of messages about feeling seen for the first time, whether through Ginny or another character in Ginny and Georgia, thank you for your voices and inspiration. With so much love, Toni <3."

This open letter to viewers follows Swift's criticism of Netflix and Ginny & Georgia on the first day of Women's History Month. The 31-year-old took issue with this joke Ginny says to her mom, Georgia: "What do you care? You go through men faster than Taylor Swift." This line led to Swifties making “RESPECT TAYLOR SWIFT” trend on Twitter over the weekend. “Hey Ginny & Georgia, 2010 called and it wants its lazy, deeply sexist joke back,” Swift wrote on Twitter, alongside a photo of the joke. “How about we stop degrading hard working women by defining this horse sh*t as FuNnY.”

The ten-time Grammy winner also expressed her disappointment with Netflix after releasing her 2020 documentary Miss Americana on the streaming service. “Also, @netflix after Miss Americana this outfit doesn’t look cute on you,” she added, alongside a heartbreak emoji. “Happy Women’s History Month I guess.” Swift's longtime boyfriend Joe Alwyn and The Good Place's Jameela Jamil were among those to publicly support the singer's tweet.