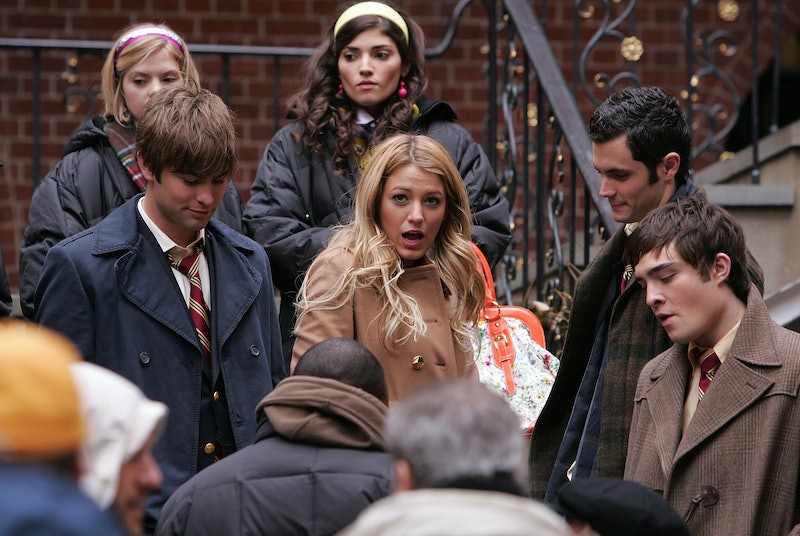 For those of us who grew up during the CW’s heyday, it’s difficult to believe that Gossip Girl ended a decade ago this month. Serena van der Woodsen, Blair Waldorf, Nate Archibald, and the Humphreys first let us into their wild world in 2007 before closing the door on us with the series finale in late 2012. Now, Gossip Girl has returned with a vengeance in the form of an HBO Max reboot with an entirely new cast and fresh storylines...and a second season premiering on Dec. 1.

The new iteration has its own DNA, but fans of the original can’t help but wonder: what happened to all of the original actors? Did they go on to land endorsement deals and additional huge roles, or have they left the industry entirely? The answer is a mix of both, as some stand out as multi-millionaires, while others are not quite as wealthy as their star-making roles may have made you think. Here’s a quick look at how much the original cast members are worth today.

What Is Blake Lively’s Net Worth?

Blake Lively spent years building a career in the film industry before jumping over to TV, which is where she found real fame — and quite a lot of cash. The star’s turn on Gossip Girl ended up being not just the role that would make her a household name, but also the one that would fill her bank account. By the end of the show, she was earning a reported $60,000 per episode, and then she parlayed that sum into several hundreds of thousands of dollars per film. In addition to her acting work, she also brought in millions from endorsement deals with companies like L’Oréal Paris.

As if her $30 million net worth isn’t enough to live on, Lively’s famous husband, Ryan Reynolds, is worth a reported $150 million thanks to his many starring roles in Hollywood blockbusters and quite a few excellent investments he’s made.

What Is Leighton Meester’s Net Worth?

By the time she appeared on Gossip Girl, Leighton Meester was already a well-established TV star with many impressive credits to her name. She scored roles in popular programs like Entourage, 7th Heaven, 24, and Veronica Mars before becoming the star of the series that would make her a true powerhouse in the industry.

Many outlets claim that Meester has a net worth of $16 million, but the figure that’s been widely reported is actually a combined sum with her husband Adam Brody. A more realistic number appears to be about half of that, and while an $8 million net worth is certainly less than one of her co-stars, it still makes her one of the highest-paid players on the show.

What Is Penn Badgley’s Net Worth?

Nobody knows exactly how much actors are worth except for the stars themselves (and their accountants, hopefully), so sometimes a range is the best representation of their wealth. Penn Badgley is one such artist, and his net worth is currently estimated to be somewhere between $8 million and $9 million. A big chunk of that comes from his work on Gossip Girl, but recently he’s enjoyed a career resurgence thanks to his starring turn on the Netflix series You, which has helped an entirely new audience see him in a new — and chilling — light.

What Is Chace Crawford’s Net Worth?

Once one of the most beloved guys in Hollywood, Chace Crawford has continued to work since Gossip Girl ended, but only recently has he managed to snag more high-profile roles, as he spent a number of years starring in low-budget films. He now appears in Amazon Prime’s The Boys, which has turned out to be a real winner for the streamer. Currently, thanks to his renewed success, Crawford’s net worth is estimated to be $6 million.

What Is Ed Westwick’s Net Worth?

Since making it big on Gossip Girl, Ed Westwick has gone on to have one of the most respected acting careers, until he hit a serious and troubling roadblock not too long ago. The British thespian has managed to score smaller roles in a number of films, but it’s on TV where he has shined. He starred in programs like Wicked City, Snatch and, most recently, White Gold, though his run on the latter series was stalled when three women made allegations of sexual assault against Westwick in 2017, though he was never charged with any crime.

What Is Jessica Szohr’s Net Worth?

Like many of her former Gossip Girl co-stars, Jessica Szohr has found fame and fortune primarily on TV, and she has been lucky enough to be cast in either recurring roles or as the main star on many different programs, with some lasting longer than others. Before her huge break on the CW, she appeared on both What About Brian and CSI: Miami. After her four seasons (she wasn’t present much on the show after season four), she joined the cast of short-lived dramas Kingdom, Complications, and Twin Peaks, and she’s found even more success on Shameless and now Seth MacFarlane’s The Orville.

What Is Taylor Momsen’s Net Worth?

After finding excellent work as a child actor in films like How the Grinch Stole Christmas and then going on to break out thanks to her turn in Gossip Girl, Taylor Momsen made the risky decision to step away from both acting and modeling, where she was also succeeding, in order to focus on her true passion: music. For more than a decade, the multi-talented figure has now led the rock group The Pretty Reckless, with whom she has toured the world and released four albums. During her time as a musician, she’s scored many hits on Billboard’s various rock charts, and her band now claims a devoted fan base.

What Is Matthew Settle’s Net Worth?

Believe it or not, but unlike many of the stars of Gossip Girl, the show was perhaps the last real success for Matthew Settle on TV. The father of the bunch and the former rock star-turned-gallery owner (his character’s description, at least) spent many years on the small screen, so by the time he got to the CW drama, he was a seasoned pro. Before Gossip Girl, Settle appeared on more than one episode of major programs like Band of Brothers, ER, The Practice, and Brothers and Sisters. All those gigs, as well as quite a few films, have netted him at least $4 million.

What Is Kelly Rutherford’s Net Worth?

Having worked steadily in Hollywood for decades, Gossip Girl alum Kelly Rutherford claims a net worth of $1 million. The actress has landed recurring roles in more than a dozen TV shows throughout her years, and she first really popped on the primetime soap Melrose Place in the ’90s. She has also starred in programs like The Adventures of Brisco County, Jr., Get Real, The Fugitive, and the Dynasty reboot. Her extensive and multi-country legal battles with former husband Daniel Giersch may be to blame for her comparatively low net worth, as the battles have reportedly bankrupted her.

What Is Kaylee DeFer’s Net Worth?

Kaylee DeFer has made the least out of Gossip Girl’s main cast, but don’t worry, she and her husband Michael Fitzpatrick (of Fitz and the Tantrums fame) are still doing just fine. She may not have the largest net worth of the bunch, as it’s currently estimated to be under the $1 million threshold, but she remains beloved among fans. DeFer doesn’t work like she used to, perhaps because her family has grown throughout the years (she now has three children), and she hasn’t claimed a large role in either a film or TV show in nearly a decade.

READ NEXT: The Richest ‘Friends’ Cast Member Is Worth $300 Million

More like this
'GoT' Star Emilia Clarke Says She "Just Can't" Watch 'House Of The Dragon'
By Brad Witter
The Black Lotus Staff Has "Had Enough" In The 'White Lotus' Spoof From 'SNL'
By Brad Witter
Here’s Why Danny Masterson’s Hyde Isn’t In 'That '90s Show'
By Brad Witter
Lenny Hochstein's “Boob God” Reputation Bolsters His Multimillion-Dollar Net Worth
By Brad Witter
Get Even More From Bustle — Sign Up For The Newsletter
From hair trends to relationship advice, our daily newsletter has everything you need to sound like a person who’s on TikTok, even if you aren’t.

This article was originally published on July 8, 2021