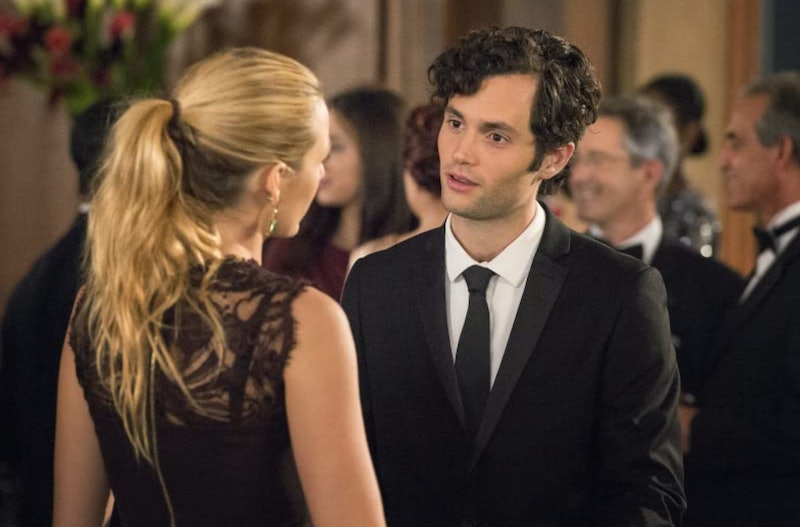 Fans who trudged through all six seasons of Gossip Girl (and what a journey it was) had to wait until the series finale to finally find out who the mysterious blogger was. From 2007 to 2012, the show hinted at multiple different Gossip Girl possibilities, never quite providing clarity to its countless viewers until the very end. However, it turns out Gossip Girl’s identity was actually hinted at in the show’s first episode, but nobody picked up on the major spoiler — until recently.

While rewatching the series on HBO Max in May 2021, a clever TikTok user noticed the show hinted that Dan Humphrey was behind the Upper East Side gossip site very early on in the series. During one of Gossip Girl’s iconic voiceovers courtesy of Kristen Bell, the camera pans to Dan sitting on his laptop quickly after she asks, “Who am I?” As per usual, she told viewers, “That’s a secret I’ll never tell — the only one.” But it looks like Gossip Girl showed us who she was instead.

As pointed out by BuzzFeed, people in the comments section noticed that the pilot episode contained several other hints that fans missed, like the mere fact that Dan and his sister, Jenny, just happen to be at Grand Central Station when Serena van der Woodsen makes her grand return to New York, starting the entire series. Jenny even calls Dan “the invisible man,” meaning none of his elite UES classmates care enough to write about him. Yet he gets mentioned the same day on Gossip Girl and would go on to earn the nickname “Lonely Boy.”

But even if the pilot episode did end up spoiling Gossip Girl’s identity, it wasn’t planned that way. In a 2017 interview with Vulture, executive producer Joshua Safran revealed that writers and producers didn’t have a specific person in mind for Gossip Girl at first, but eventually landed on Serena’s brother Eric. “I always thought it was Eric until the end of Season 2, and I even guided it that way,” he said. However, the New York Post quickly spoiled that plot. “I still don’t know how that happened, I think they were just guessing,” he said. “We realized we couldn’t go down that road anymore, so we abandoned him.”

During a 2019 appearance at Vulture Festival, Safran said that he had his “heart set” on Nate Archibald being Gossip Girl, which became their next plan. “One of the writers realized that Nate had never sent a tip in to Gossip Girl, which is true at least through the end of Season 5,” he said. “Which is when we’re like, ‘Oh, well then he’s Gossip Girl.’” But when Safran left the show before Season 5, plans gradually diverted back to Dan.

In a 2021 interview with Variety ahead of the release of the Gossip Girl revival which he developed, Safran responded to online rumors that Dan was set to be Gossip Girl all along, stating that the show-runners actually never intended on revealing the blogger’s true identity. “Of course it doesn’t fully sustain itself because we didn’t expect to even reveal who Gossip Girl was. It wasn’t even in our plans for many years. So, of course it doesn’t line up because it wasn’t like we started on day one and said, ‘Dan is Gossip Girl,” Safran said. So, even though the fan theories are exciting — believing that Gossip Girl’s character has always been out in the open — producers claimed they truly had no idea which character would receive that big, cinematic reveal at the end of Season 6. Dan was just the lucky chosen one.

Maybe Safran is taking a different approach with the Gossip Girl reboot — possibly leaving trails behind in every episode as to who the new socialite blogger could be. Be sure to catch the next season of Gossip Girl or go back and rewatch some of your favorite episodes on HBO Max.

More like this
'Abbott Elementary' Fans Probably Missed This 'Parent Trap' Easter Egg
By Sam Ramsden
At 28, Debra Jo Rupp Was Living A Much Different '70s Show
By Grace Wehniainen
Raven-Symoné Addressed Fan Pushback To Her Name's Actual Pronunciation
By Stephanie Topacio Long
Man Meets Politics: ‘Boy Meets World’ Star Ben Savage Is Running For Congress
By Jake Viswanath
Get Even More From Bustle — Sign Up For The Newsletter
From hair trends to relationship advice, our daily newsletter has everything you need to sound like a person who’s on TikTok, even if you aren’t.