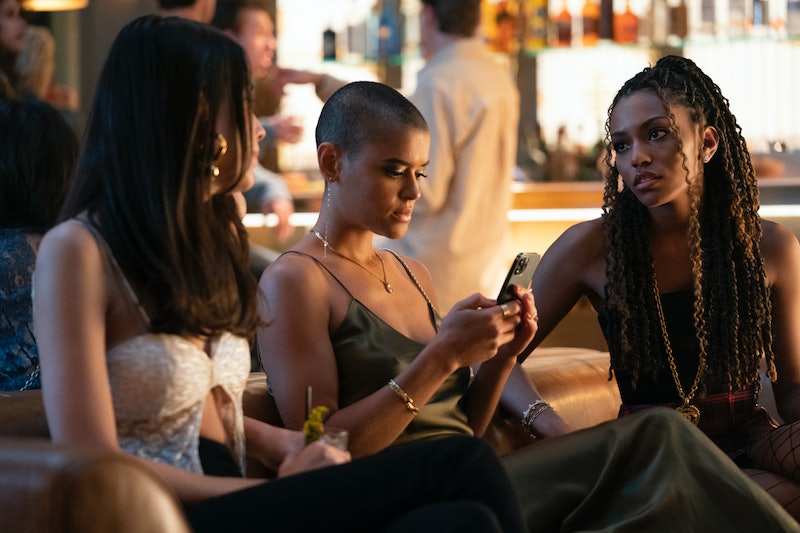 For those of you who can’t get enough of Gossip Girl’s newest crop of elite teens, you’re in luck: your favorite Upper East Siders will be continuing their reign. On Sept. 9, HBO Max officially renewed the Gossip Girl reboot for Season 2.

Though specific details about the new episodes are still sparse, showrunner Joshua Safran clearly has big plans for the series. “What's the reason for us doing it again, if there's not going to be more, right?” Safran told Elle in an interview prior to the reboot’s premiere. “I have three seasons [planned so far], I could tell you right now. We didn't know it was going to happen for six seasons the first time. But right now, I definitely have three in my head.”

Here’s what we know so far about Season 2.

Additionally, Safran confirmed in a recent interview with TVLine that some of the new characters who appear in the latter half of Season 1 will also return for Season 2 — including Grace Duah, who plays Zoya’s new friend Shan Barnes, and Anna van Patten, who plays Obie’s new girlfriend Grace.

Safran has also hinted that fans of the original Gossip Girl might see some familiar faces in Season 2. “My hope is one or two [original] series regulars come back, and we have some arcs planned for them should they wish to. And not just one episode, not just two scenes,” he told Variety.

Unsurprisingly, Safran declined to elaborate on exactly which original cast member (or members) he has in mind. But many of Gossip Girl’s original stars have said that they’d at least be open to returning. Perhaps the most enthusiastic is Chace Crawford (Nate Archibald), who said he “would absolutely cameo. I’d have to!”

The close of Season 1 sends all of the main characters spinning out in different directions: Obie and Luna have fresh love interests, Zoya has new friends, Monet is considering a play for queen bee, Aki, Audrey, and Max are trying to make their fraught throuple work, and Julien is taking a new approach to dealing with Kate Keller/Gossip Girl by making a questionable alliance.

During an interview with Entertainment Weekly, Alexander said that she hopes Season will bring “chaos” for her character Julien. “Let's see messy, let's see passed out, let's see bad decisions,” she said. “I feel like that will be fun to play and it will also be fun to watch. A train wreck — sorry, R.I.P. Julien.”

It’s unclear how far along Gossip Girl is with filming and production for Season 2, but viewers could feasibly expect new episodes in about a year, around fall or winter 2022. A trailer for Season 2 hasn’t been released, but this post will be updated as new information becomes available.

More like this
The 'Gossip Girl' Reboot Creator Is “Looking For A New Home” To Air A Potential Season 3
By Brad Witter
Here’s What Happens To Bill & Frank In 'The Last Of Us' Video Game
By Brad Witter
The 8 Best Aidan Shaw Moments On 'Sex And The City'
By Grace Wehniainen
'The Last Of Us' Video Game Revealed Tess’ Fate In The HBO Series
By Brad Witter
Get Even More From Bustle — Sign Up For The Newsletter
From hair trends to relationship advice, our daily newsletter has everything you need to sound like a person who’s on TikTok, even if you aren’t.

This article was originally published on July 29, 2021