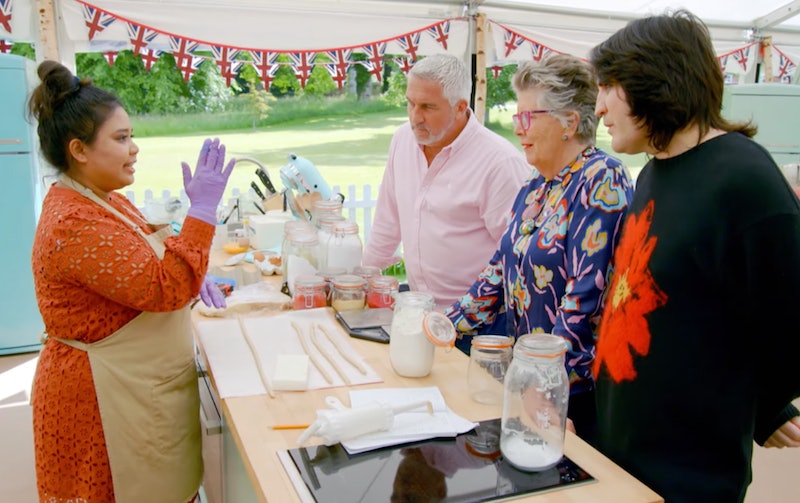 Who would have thought an orangutan sculpture would be the winning showstopper at 2022’s Great British Bake Off finale, but that’s precisely how Syabira Yusoff, the Malaysian-born contestant won the judges over. The 34-year-old outdid her fellow contestants Sandro Farmhouse and Abdul Sharif to be crowned the victor.

Tensions ran high in the white tent as all three finalists struggled to complete their technical round where they were tasked with making a Summer Pudding Bombe using vegetarian gelatin. Meanwhile in the signature round, the contestants had to assemble the perfect picnic. On winning, Yusoff said, “This is the biggest achievement of my life… All the hard work, all the trial and error, it has all been worth it.”

Judges Paul Hollywood and Prue Leith congratulated Yusoff, calling her an “incredible baker” who “practises like anything and is very imaginative.” Fans were ecstatic to see the baker win and immediately took to social media to express their joy, with one viewer writing: “Syabira, you’re my favourite person ever.”

However the final episode of the series had a notable absence: presenter Noel Fielding was missing from the start because he was unwell. Matt Lucas began the show alone, adding that he hoped his co-star would join later on. On the second day of the final, Fielding returned to discuss the technical challenge with the judges.

Besides Fielding’s absence, viewers were also heartbroken after the finale because crowd favourite baker Sandro Farmhouse ended the show without getting the golden handshake from Hollywood. While watching the episode, several fans held their hopes for the baker, with one viewer writing, “If Sandro doesn’t get a Hollywood handshake by the end of the final, we riot.”

See some of the top memes and tweets in response to the gripping finale, below.

More like this
Twitter Has Renamed Ekin-Su After *That* 'Dancing On Ice' Performance
By Sophie McEvoy
Twitter Can’t Make Up Its Mind About Ekin-Su’s 'Dancing On Ice' Skate-Off
By Sophie McEvoy
Twitter Can’t Get Over Stormzy’s Surprise Cameo On Winter 'Love Island'
By Sophie McEvoy
This Pre-'Love Island' Video Of Olivia & Zara Together Changes Everything
By Bustle UK
Get The Very Best Of Bustle/UK
Sign up for Bustle UK's twice-weekly newsletter, featuring the latest must-watch TV, moving personal stories, and expert advice on the hottest viral buys.