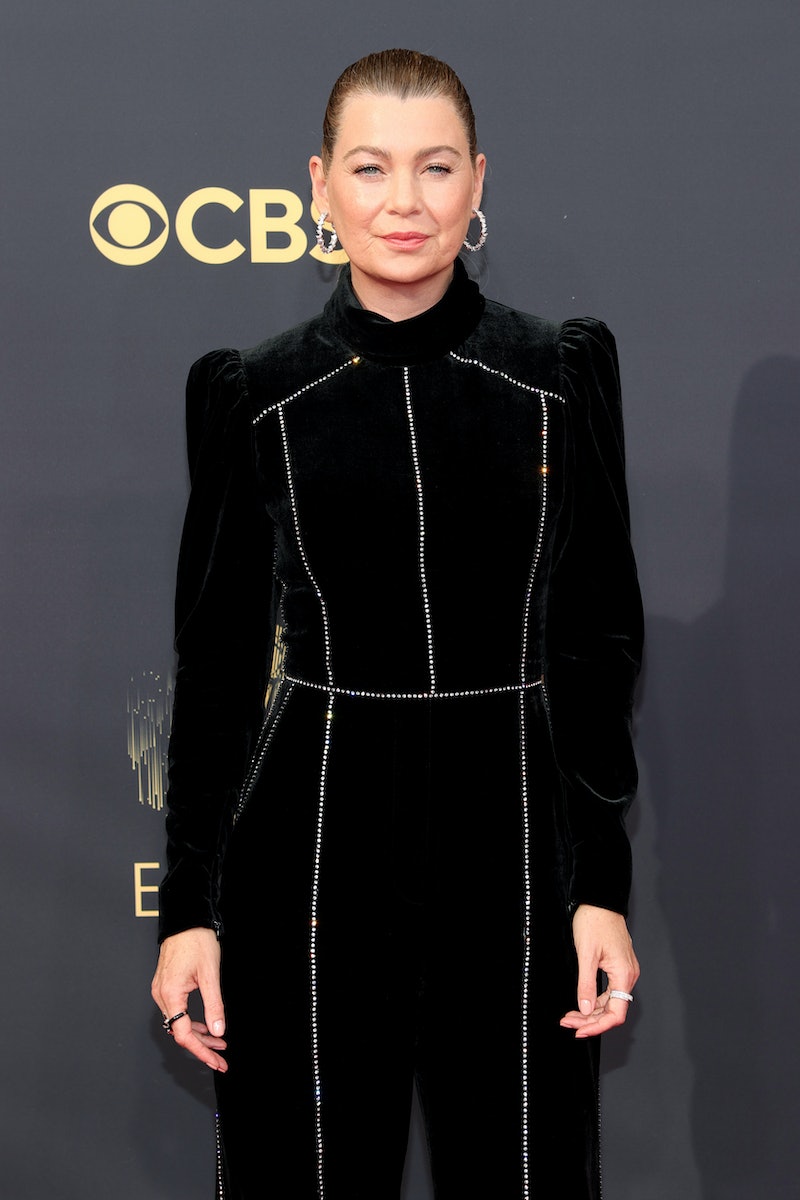 For 18 seasons now, millions have tuned in weekly to catch all the romance, the drama, and the many, many twists and turns built into the juggernaut that is Grey’s Anatomy. The show has been consistently pulling in an incredible number of viewers for coming up on two decades, with the primetime staple’s eighteenth season returning in Feb. 2022 after a two month-long hiatus that began with a hair-raising episode that featured a terrible accident. Quite the cliffhanger!

Throughout more than nearly 400 episodes (with more on the way), dozens of actors have been credited as main cast members, and many have gone on to appear in season after season, with some holding on for 10 or more. Scoring a recurring role on Grey’s Anatomy has become one of the best and most reliable paychecks in the TV world these days, and some of the best-known names and familiar faces from the series have earned millions for their portrayals. There’s a reason star Ellen Pompeo once called the show “the golden goose.”

But who in the Grey’s Anatomy cast has the highest net worth? Let’s examine.

What Is Ellen Pompeo’s Net Worth?

One of three actors who have been with Grey’s Anatomy since the beginning, Ellen Pompeo has made an immense fortune from the show, so it’s no wonder she’s decided to continue with the program through 18 seasons. Pompeo was 2020’s eighth-highest-paid actress, as she raked in another $19 million, according to Forbes. She reportedly earns about $550,000 per episode, which means she brings home a little less than $10 million per season these days. Including money she makes from syndication, the star appears to make as much as $20 million per year from her role as Meredith Grey. According to Celebrity Net Worth, Pompeo’s net worth is now up to a whopping $80 million.

In addition to her salary, Pompeo also reportedly collects more than $6 million every year from her share of syndication profits and “two full backend equity points on the series,” according to The Hollywood Reporter. On top of her Grey’s money, she earns hundreds of thousands (or maybe even millions) by executive producing the hit show Station 19 (which is connected to Grey’s Anatomy), promoting a number of products on her social channels and with her newly-launched podcast Tell Me.

What Is Patrick Dempsey’s Net Worth?

The dreamy Dr. Derek Shepherd was shockingly written off of Grey’s Anatomy in Season 11, ending his run of hundreds of episodes, though he did pop back up in a few sequences in Season 17, to the delight of the many fans who missed him. By the time his character met his demise, the actor was earning between $350,000 and $400,000 per episode, according to The Hollywood Reporter. Pompeo has said that after Patrick Dempsey left, she was empowered to ask for more money, as the network needed to keep one of the cast’s main stars.

Beyond his Grey’s fame, Dempsey has had a successful movie career. His resume includes starring roles in numerous films over the decades, including 1987’s Can’t Buy Me Love, 2002’s Sweet Home Alabama, 2007’s Enchanted, and 2016’s Bridget Jones’s Baby.

What Is Katherine Heigl’s Net Worth?

Initially the biggest star on Grey’s Anatomy, Katherine Heigl stood out from the rest of the cast for most of the six seasons she was on the show, before she left to pursue a movie career. Her relatively short stay on the program was particularly fruitful, as she is still the only main cast member to win an Emmy (in 2007 for Outstanding Supporting Actress in a Drama Series) and she made millions from her star-turning run. Adding to her bank account was a successful streak of romantic comedies last decade, and she currently stars on the Netflix show Firefly Lane.

What Is Sandra Oh’s Net Worth?

For the first 10 seasons Grey’s Anatomy was on TV, Sandra Oh portrayed Cristina Yang, and it not only lined her pockets handsomely, the program also helped turn her from a respected actress to a leading woman. At one point, Oh was reportedly earning $350,000 per episode, which put her on the same level as both Patrick Dempsey and Ellen Pompeo, as she was considered one of the true stars of the series.

Since departing Grey’s Anatomy in 2014, Oh has starred in a number of series, earning the most critical praise of her career for Killing Eve. She has been nominated for a dozen Emmys (including five for Grey’s), but somehow she’s never been honored with a win. It’s about time for this to change, though her Golden Globe triumph in 2019 was glorious to witness. Maybe she’ll win with her new Netflix series, The Chair.

What Is Kate Walsh’s Net Worth?

Throughout the years, Kate Walsh has been credited in many different ways on Grey’s Anatomy, but always for the same character. She began playing Addison Montgomery in the first season as a guest, but soon she was upgraded to the main cast, as fans loved her work. After eight seasons of some involvement, she stepped away (at least partially) to lead her own spin-off, Private Practice. Another major success, that program ran for six seasons and more than 100 episodes.

Now, in Season 18, Montgomery has returned to Grey-Sloan Memorial Hospital for a few spots in the latest airings. At a rate of an estimated $175,000 per episode (down from almost $300,000 at one point), it’s not hard to understand why she’d make her way back.

What Is Justin Chambers’ Net Worth?

It wasn’t long ago that fan favorite Justin Chambers walked away from Grey’s Anatomy after an incredible 16-season run, and while longtime viewers were sad to see him go, nobody needs to worry about how he’ll make ends meet. By the end of his time on the show, Chambers was reportedly earning $375,000 per episode, which means he took home a minimum of $7.5 million per season in his last showing.

What Is James Pickens Jr.’s Net Worth?

Another one of the three cast members who have been with Grey’s Anatomy since it first launched more than 15 years ago, James Pickens Jr. isn’t making what some of his co-stars are, but he is still doing extremely well when it comes to his paychecks. Back in 2007, when the show was still relatively new (but incredibly popular), Reuters reported he negotiated up to $125,000 per episode, but that sum almost surely has grown since then.

What Is Jesse Williams’ Net Worth?

After working as a model for several years, Jesse Williams scored the role of a lifetime when he began portraying Dr. Jackson Avery on Grey’s Anatomy, a character introduced in Season 6. He quickly became a full-time member of the ensemble cast, and he remained on the program for a dozen seasons. He also portrayed the same doctor on more than one spin-off. All those paychecks — up to $250,000 per episode — help explain how he accrued a reported net worth of $12 million.

What Is Chandra Wilson’s Net Worth?

The third person on this list who has appeared in every season of Grey’s Anatomy since it debuted a decade-and-a-half ago, Chandra Wilson not shockingly has a reported net worth of $10 million. The star, who portrays Dr. Miranda Bailey on the beloved drama, has been nominated for four Emmys for her work, but sadly, she’s never been named the winner. Early into the show’s run, she was earning at least $125,000 per episode, but that has surely increased in the years since. In addition to Grey’s, Wilson has also scored recurring roles on two spin-offs, Private Practice and Station 19, and she has worked extensively as a TV director.

What Is Chyler Leigh’s Net Worth?

Like Katherine Heigl, Chyler Leigh was only on Grey’s Anatomy for half a dozen seasons, and her first time on the program she was credited a guest actress. Unlike Heigl, however, Leigh hasn’t quite racked up the same massive net worth, though she has found a new audience by appearing as the character Alex Danvers in a number of superhero-related TV shows, such as Arrow, The Flash, Legends of Tomorrow, and Supergirl, which started that incredible streak for her. At the moment, the former Lexie Grey is reportedly worth around $5 million.

What Is Sarah Drew’s Net Worth?

After just seven seasons as a main cast member on Grey’s Anatomy, Sarah Drew stepped away from the show that turned her from a working actress into a true TV star. Throughout her career, she has primarily stuck with the small screen, and she has also found success on programs like Everwood and the newly-renewed Cruel Summer. Drew has a reported net worth of about $3 million.

What Is Camilla Luddington’s Net Worth?

Camilla Luddington is now one of a relatively small number of actors who have worked on the set of Grey’s Anatomy for 10 seasons; Season 18 is her milestone 10th with the cast. She was once reportedly earning about $83,000 per episode, but as is the case with everyone on the show, her fee has almost surely risen. In addition to her work on the Shonda Rhimes episodic drama, she has also found solid work portraying Lara Croft in the Tomb Raider video games.

What Is Kevin McKidd’s Net Worth?

Since joining Grey’s Anatomy in Season 5, Kevin McKidd has been happily playing Dr. Owen Hunt for more than a decade. The role has helped him reach an American audience like never before, as initially he found success acting in the United Kingdom before making it in the United States. Despite the fact that he’s been on the program as long as he has, McKidd’s reported net worth is surprisingly low, which suggests the figures published aren’t entirely up-to-date. Deadline reported last year that several contracts were extended for new season, including McKidd’s, and he likely earned a big pay bump. It was once reported that he was earning about $83,000 per episode, but that sum could have grown considerably since then.

More like this
How Much Are The 'Schitt’s Creek' Stars Worth?
By Hugh McIntyre
'Survivor' Host Jeff Probst's Salary Per Season After 22 Years Is The Real Winner
By Hugh McIntyre
'Grey's Anatomy's New Intern Got Advice From Dr. Bailey Herself
By Grace Wehniainen
‘SNL’ Finally Spoofed Nicole Kidman’s Weirdly Beloved AMC Ad & Nailed It
By Stephanie Topacio Long
Get Even More From Bustle — Sign Up For The Newsletter