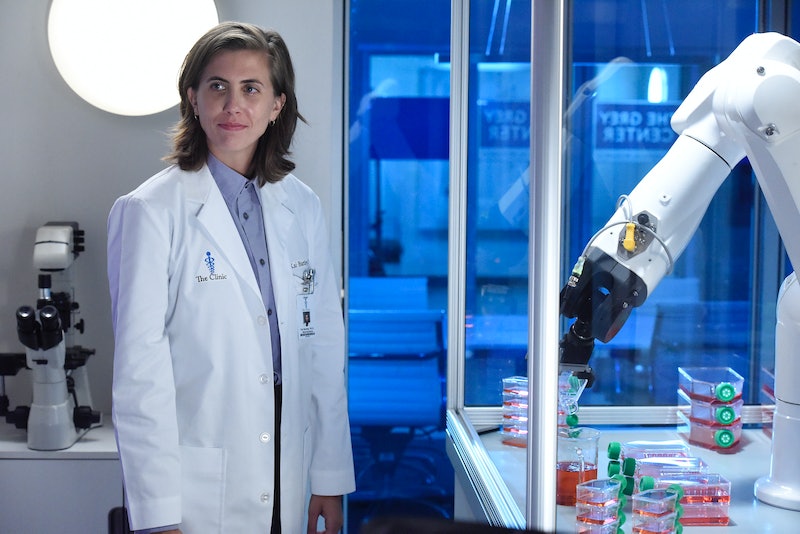 Since the 2005 premiere of Grey’s Anatomy, fans have witnessed a number of exciting castings on the long-running TV drama. The original Season 1 cast featured a diverse group of medical interns and hospital staff, like Cristina Yang (Sandra Oh), Dr. Miranda Bailey (Chandra Wilson), and Dr. Richard Webber (James Pickens Jr.). In the years since, the series has welcomed a number of other characters and actors from a variety of backgrounds. Dr. Nico Kim, played by Alex Landi, sent hearts racing after appearing on the series as its first gay male surgeon. There’s also James Chee (played by Navajo/Soboba actor Robert I. Mesa), who became Grey Sloan Memorial’s first Indigenous doctor. Now, Dr. Kai Bartley is making headlines as the first non-binary doctor on Grey’s Anatomy.

According to Variety, Dr. Bartley was introduced in the second episode of Season 18 and will return as a recurring character. E.R. Fightmaster, who plays the physician, also identifies as non-binary. They expressed their excitement about the announcement on Instagram in October. “I am having so much fun,” they wrote alongside a picture of the report from Variety. The Cincinnati, Ohio native’s filmography includes roles in TV series Shrill and Work in Progress.

In a show of support for Dr. Bartley’s first appearance in early October, Shondaland tweeted, “Dr. Kai Bartley’s pronouns are they/them!!! Please tweet accordingly [heart emoji] #GreysAnatomy.” Dr. Bartley has been described by ABC as “dedicated to their craft and extremely talented at what they do.” Their work alongside Dr. Amelia Shepard on the show so far has also been a highlight. Dr. Bartley’s character description adds, “Confident as hell and able to make even the most detailed and mundane science seem exciting and cool, Kai and Amelia bond over their shared love of medicine and the brain.”

Fans have embraced Dr. Bartley, showing their appreciation for them on social media. “Dr kai bartley i am in love with u,” tweeted one, with another writing, “Can I get Dr. Kai Bartley to guide meditate me to sleep?!?” In addition, some Grey’s fans would like to see both doctors romantically involved with each other. One viewer wrote, “holy hell I WILL PAY to see Amelia Shephard and Kai Bartley end up together... I WILL PAY.” Another tweeted, “Listen to me if Amelia Shepard enters into any sort of relationship with Kai Bartley I am jumping back into Grey’s like it’s no one’s business.”

More like this
A New 'And Just Like That' Table Read Pic Confirms A Key Character's Return
By Jack Irvin and Grace Wehniainen
Nicola Coughlan Shared A Lady Whistledown Excerpt From ‘Bridgerton’ Season 3
By Grace Wehniainen, Alyssa Lapid and Sam Ramsden
The New Bachelor Will Be Announced Next Week & Here Are The Top Contenders
By Grace Wehniainen
Everything To Know About 'RHONJ' Season 13
By Brad Witter and Jake Viswanath
Get Even More From Bustle — Sign Up For The Newsletter