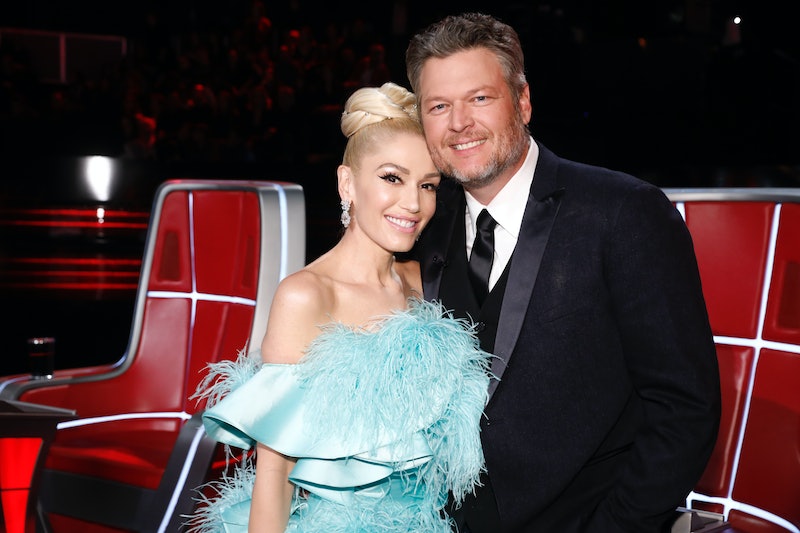 Gwen Stefani and Blake Shelton have been dating for about five years now, so it's safe to say that things are pretty serious (after all, they are engaged). But prior to their engagement, the couple gave fans plenty of inside looks at their relationship, from social media posts and song collaborations to red carpet appearances and public performances.

Still, it's important to remember that the pair's friendship predates their relationship, and their road to love includes the time they spent on The Voice set, a Drake cover on national television, and even Halloween parties. Here, we break down Gwen Stefani and Blake Shelton's relationship timeline — from The Voice, to the Instagram posts where they both agreed on forever.

More like this
Hilary Duff's Husband Matthew Koma Has Her Name Tattooed On His Butt
By Jake Viswanath and Stephanie Downs
Meghan Trainor & Daryl Sabara Are Expecting Their Second Baby
By Jake Viswanath
Adam Levine & Behati Prinsloo Welcome Their Third Child Together
By Jake Viswanath
Megan Mullally & Nick Offerman’s Relationship Includes Several Collaborations
By Caitlin Gallagher and Brad Witter
Get Even More From Bustle — Sign Up For The Newsletter
From hair trends to relationship advice, our daily newsletter has everything you need to sound like a person who’s on TikTok, even if you aren’t.

This article was originally published on Jan. 26, 2020