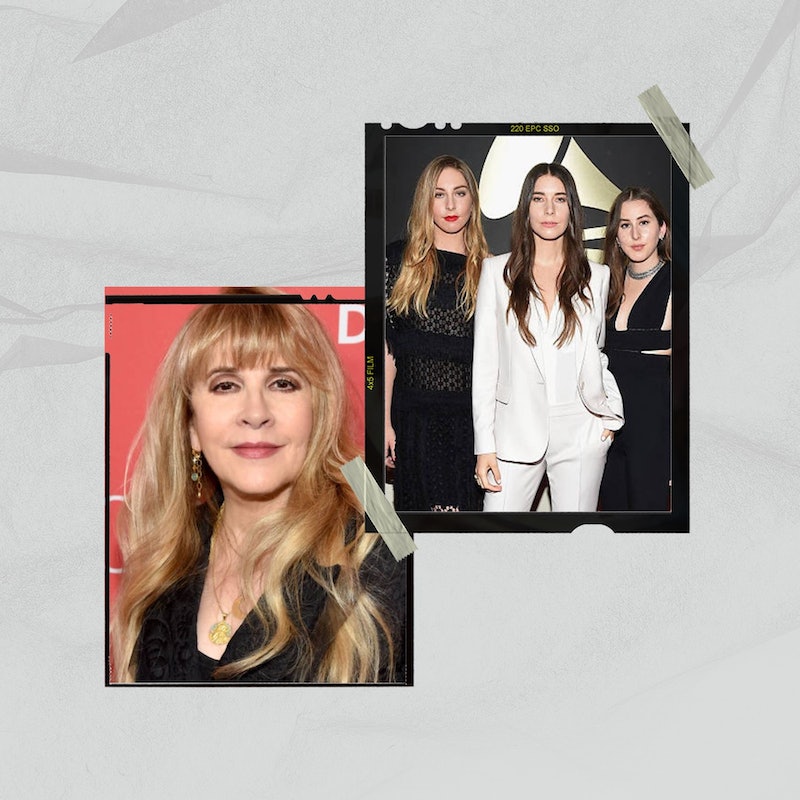 In an outpouring of love for Fleetwood Mac singer and songwriter Christine McVie who died on Nov. 30 at age 79, one post stood out among the rest. McVie’s former bandmate Stevie Nicks posted a touching handwritten letter to her Instagram, calling the late singer “her best friend in the whole world since the first day of 1975” and lamenting that she had wanted to sing a special song to her friend before she passed. The song in question? “Hallelujah” by Haim.

Soon after, the ladies Haim posted their own tribute to the dynamic duo of McVie and Nicks whom they called a “constant inspiration.” “We write this with tears in our eyes and all over our faces,” the musical sisters wrote alongside a vintage image of Nicks and McVie and screenshots of Nicks’ note to her longtime friend.

Nicks specifically quotes Alana Haim’s verse in “Hallelujah,” which reads, “I had a best friend but she has come to pass / One I wish I could see now / You always remind me that memories will last / These arms reach out / You were there to protect me like a shield / Long hair, running with me through the field / Everywhere, you've been with me all along.”

Alana previously confirmed the verse is about the sudden death of her best friend Sammi Kane Kraft who died in a car accident when Alana was 20. In a since-deleted Instagram post (via Genius) Alana wrote, “I had always wanted to pay tribute to her in some way and I could never put how important she was into words. I’m not the same, I’ll never be the same. The me before took love, friends and family for granted. Now there won’t be a day that goes by where I don’t tell everyone I love how special they are to me.”

Haim and Stevie Nicks previously collaborated on a cover of the Fleetwood Mac classic “Rhiannon.” Fans can only hope they might one day release a new version of “Hallelujah” as a tribute to McVie.