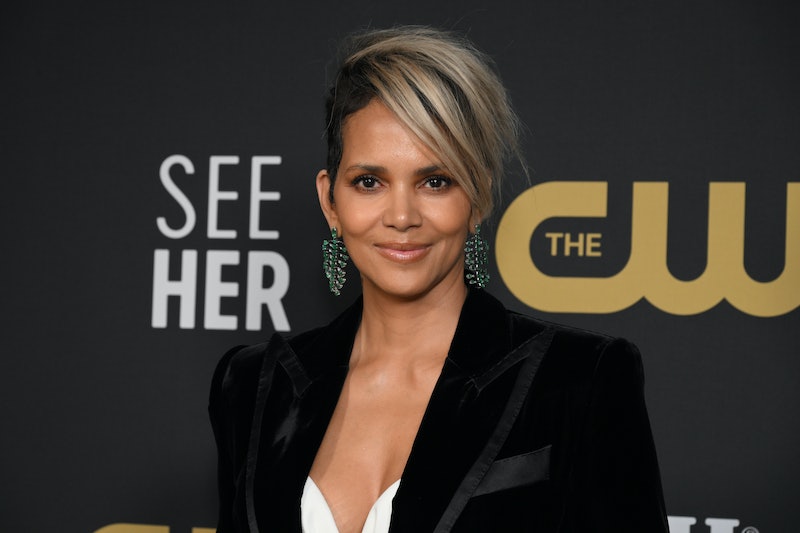 Over the past several years as Disney has remade its animated classics, the film company has brought in a host of A-list stars. Beyoncé, Emma Watson, Donald Glover, and Scarlett Johansson are just a few of the names on the list. One actor who has not been involved, though, is Halle Berry — despite what many people seem to think.

The confusion stems from Disney’s upcoming The Little Mermaid and its Ariel, singer-actor Halle Bailey. It turns out that some members of the public are still missing the distinction between Bailey and Berry, even after the first footage arrived on Sept. 9. The following day, it got to the point that Berry decided to respond to a perplexed Twitter user herself.

“Halle Berry is nearly 60 playing the role of a 16-year-old girl,” the person wrote in a since-deleted tweet, per Buzzfeed. “This is what happens when you upset a fandom.”

Seeing it, Berry posted her reaction. In this case, a fitting meme was worth a thousand words to convey her thoughts about the misinformed message. Other users, however, had some actual words to add to the conversation. “Absolutely catastrophic L from this individual, hate to see it,” one tweeted. Another person wrote, “They look so goofy with this tweet.”

The original Twitter user can perhaps take some comfort in the fact that they’re not the only person who has made this mistake. A quick search of “Halle Berry Ariel” on the social media platform brings up numerous tweets showing the exact same mix-up. “HALLE BERRY IS ARIEL SUCK ON THAT,” one excited fan wrote, reposting Disney’s sneak peek. Another user was able to make light of their own mistake, writing, “I spent the last four hours thinking Halle Berry was the new Ariel and feeling very puzzled by the choice, nope I just can’t read.”

Berry also replied to another confused Twitter user in December 2021. Their tweet (“Can’t wait to see you under da sea!”) prompted her to let them know they’d gotten the “wrong Halle lol.” Then she added, “I can’t wait to see her too though!”

Despite all of the confusion, Berry is excited for the film — and to see the other Halle in it. “This means so much! Can’t wait @HalleBailey,” she tweeted in response to the first look at The Little Mermaid on Sept. 9. Her enthusiasm was shared by many fans across Twitter, who celebrated Bailey’s Ariel look, her vocals, and the meaning of having a Black woman in the beloved role.

“Guys..today has been so overwhelming and incredible … i’m so happy you’re getting to see a peek of everything … thank you for the love,” Bailey tweeted the evening the sneak peek was released.

Unfortunately, the Chloe x Halle singer hasn’t just been getting love. After her casting was announced by Disney in July 2019, there was substantial backlash from fans who expected Ariel to be played by a white actor. Bailey, however, has done her best to tune out critics. “I feel like I’m dreaming and I’m just grateful and I don’t pay attention to the negativity,” she told Variety that August.

Berry was supporting Bailey then, too. After Disney announced it had cast the teen actor, Berry congratulated her, also writing, in part, “Halles get it DONE.”

More like this
Keke Palmer Finally Showed Angela Bassett Her Famous Impression Of Her
By Stephanie Topacio Long
You Definitely Know The Voice Of Shuri's AI In 'Black Panther: Wakanda Forever'
By Brad Witter
Jodie Turner-Smith & Joshua Jackson's Relationship Timeline Includes Her Proposing
By Jake Viswanath
J.Lo Wants To Make A Sequel To This Movie With Ben Affleck
By Jake Viswanath
Get Even More From Bustle — Sign Up For The Newsletter