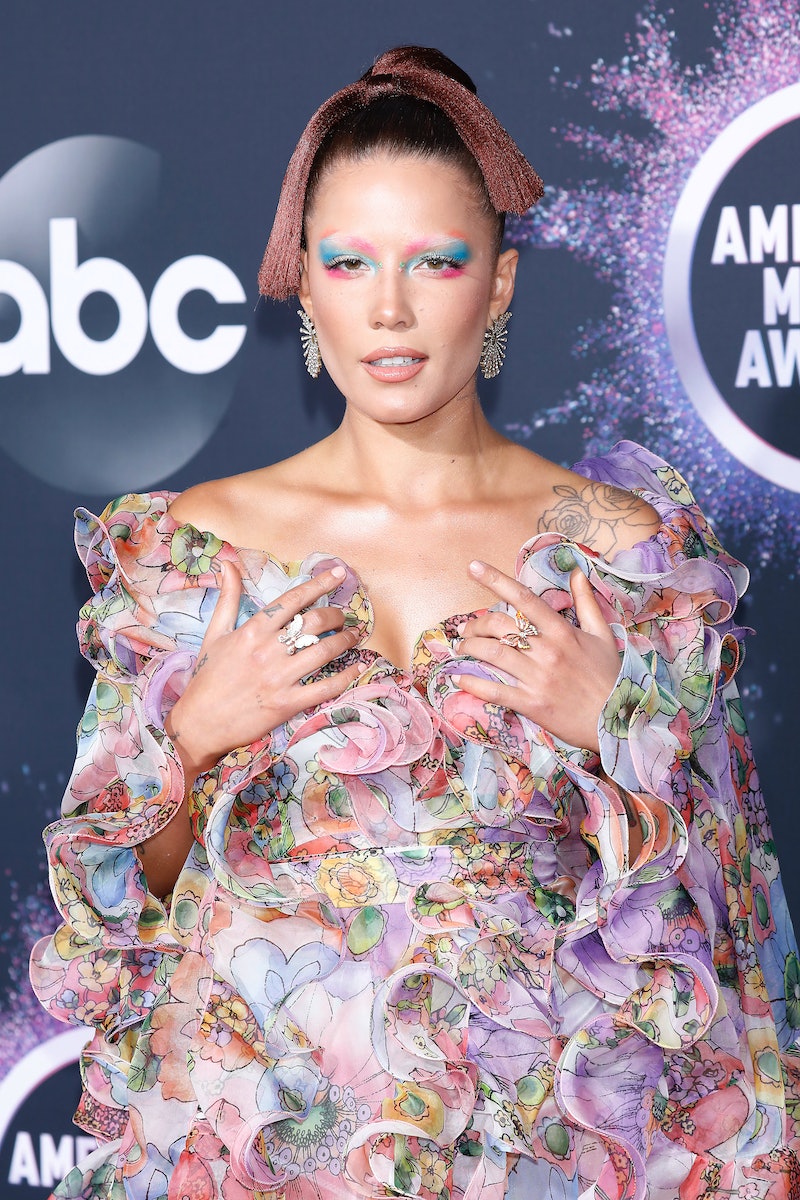 One week after updating their bio on Twitter and Instagram with “She/They,” Halsey clarified their pronouns in an Instagram story on Monday. “I’m happy with either pronouns,” the “Without Me” singer wrote, adding a smile and golden star emoji to the message and clarifying even further. “The inclusion of ‘they’, in addition to ‘she’, feels most authentic to me. If you know me at all you know what it means to express this outwardly. Thanks for being the best.”

Following the pronoun update, Halsey has received an outpouring of love and support from fans on social media, with many congratulating the star and expressing how they feel seen in their own explorations of identity. One fan tweeted about being “31 and still figuring out my pronouns,” saying the singer’s pronoun update “gives me so much courage to dive deep into my depths and find myself.” Another follower tweeted about Halsey changing their pronouns, writing that they hoped this “gives others the confidence to express what also makes them feel comfortable. it’s okay to not fit into the categories society puts you in.”

Halsey — who released her latest album, Manic, in 2020 and launched Anti-VDay products in her About-Face makeup line to encourage self-acceptance in 2021 — also noted the love from fans shortly after sharing their pronouns in early March. Halsey posted an Instagram story on March 13 that simply read “thank u” with a heart emoji to acknowledge the support.

Halsey, who announced their pregnancy in January, recently opened up about how the process shifted their feelings about gender. “I thought pregnancy would give me very strong, binary feelings about ‘womanhood’ but truly it has leveled my perception of gender entirely,” the singer wrote. “My sensitivity to my body has made me hyper-aware of my humanness and that’s all.” The Badlands singer added: “Doing a remarkable thing. And it’s grand.”

The recording artist, who is expecting their first child with boyfriend Alev Aydin, has also been sharing plenty of other baby updates for fans. Halsey posted a selfie showing off their bump on March 12 with “henlo” as the caption. On Monday, Halsey posted a photo with a little frog sticker over the bellybutton and captioned it with, “What do you call a sad frog? Unhoppy!”