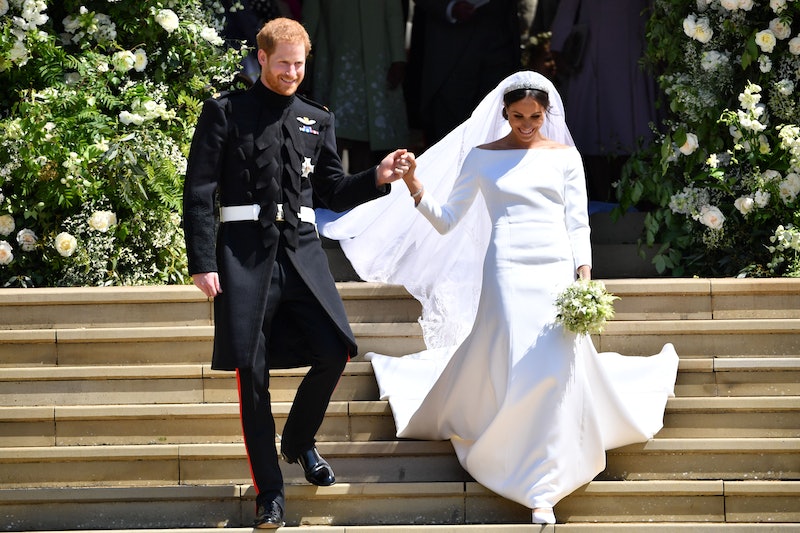 Weeks after Meghan Markle and Prince Harry sat down with Oprah Winfrey for their interview on CBS, people are still discussing what was said. On March 22, the General Register Office told the Sun that they didn’t get married in secret three days before the public ceremony. This has now been followed by a confirmation by the Archbishop of Canterbury himself.

One of the many revelations to come out of Prince Harry and Meghan’s conversation with Winfrey was that they had a private, backyard ceremony with the Archbishop of Canterbury, Justin Welby.

During their interview with Winfrey, Prince Harry and Meghan said that they were already married three days before the televised wedding. The couple said, “we called the Archbishop and we just said, look, this thing, this spectacle is for the world. But we want our union between us, so the vows that we have framed in our room are just the two of us in our backyard with the Archbishop of Canterbury.” They said that they had their vows framed.

Welby has now for the first time addressed these claims, confirming their legal wedding was indeed on Saturday, May 19, 2018 in front of the world.

Speaking with Italian newspaper la Repubblica, Welby confirmed: “The legal wedding was on the Saturday. I signed the wedding certificate, which is a legal document, and I would have committed a serious criminal offence if I signed it knowing it was false.”

However, he did also acknowledge that other meetings between himself and the pair may have happened in private, stating: “I won’t say what happened at any other meetings.”

“If any of you ever talk to a priest, you expect them to keep that talk confidential. It doesn’t matter who I’m talking to. I had a number of private and pastoral meetings with the duke and duchess before the wedding,” he said.

Doubt had already been cast on Markle’s explanation that they were already married before the couple’s public nuptials. Although the Duchess never claimed it was a legal ceremony, she did use the word “married.” A former chief clerk at the Faculty Office previously told the Sun that their wedding certificate disproves what was said during the Oprah interview regarding the backyard wedding, saying that they couple were "obviously confused."

Stephen Borton spoke to the Sun about the reports that the couple had a private ceremony before getting married in front of the world in May 2018. “They did not marry three days earlier in front of the Archbishop of Canterbury. The Special Licence I helped draw up enabled them to marry at St. George's Chapel in Windsor and what happened there on May 19, 2018 and was seen by millions around the world was the official wedding as recognised by the Church of England and the law,” he told the publication.

Borton outlined that “they couldn’t have got married in the grounds of Nottingham Cottage as it is not an authorised venue and there were not enough witnesses present. You cannot be married with just three people. It’s not a valid ceremony.”

The Sun obtained a copy of Meghan and Prince Harry’s wedding certificate and Borton explained, “what I suspect they did was exchange some simple vows they had perhaps written themselves, and which is fashionable, and said that in front of the Archbishop — or, and more likely, it was a simple rehearsal."

More like this
Prince Harry Will Be Able To Wear His Military Uniform After All
By Darshita Goyal and Sam Ramsden
10 Photos Of William, Harry, & Their Cousins Honoring The Queen Together
By Stephanie Topacio Long
The Queen’s Beloved Corgis Played A Special Role At Her Windsor Service
By El Hunt
King Charles Ensured These Subtle Tributes Were Included In Queen Elizabeth’s Funeral Wreath
By Sophie McEvoy
Get The Very Best Of Bustle/UK