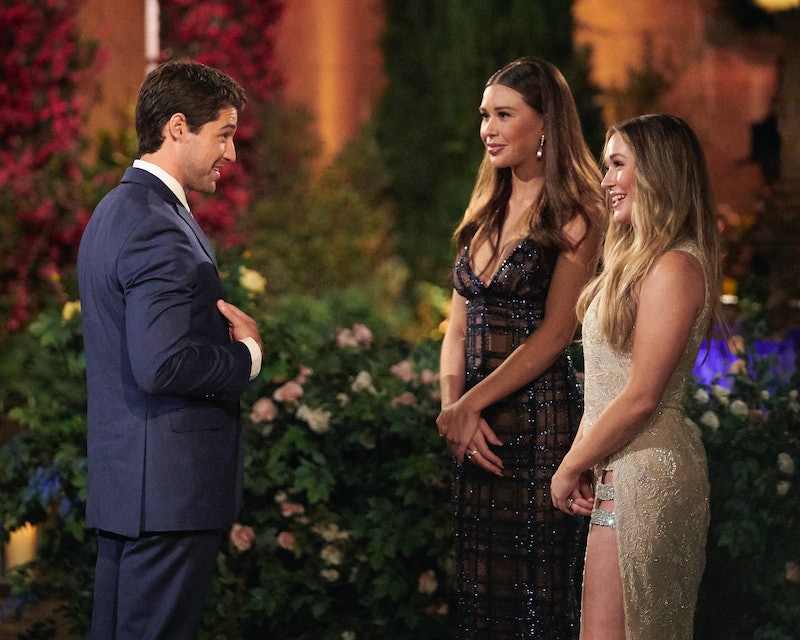 In a matter of two weeks, Bachelor Nation witnessed the rise and fall of the first villain on this season’s Bachelorette. After calling Gabby “rough around the edges” in Week 3, Hayden Markowitz continued his spree of rude, inappropriate comments about Gabby and Rachel, shocking his fellow castmates. His behavior was so frustrating and insensitive that when Rachel learned what he said, she swiftly and decisively ushered him off the show in Week 4. But hours after his elimination aired on the August 1 episode, Hayden posted an apology on Instagram, calling his behavior a “complete lapse of judgement,” only to delete the post days later.

What Did Hayden Do?

In Episode 3, The Bachelorette contestants had to choose to commit to Gabby or Rachel. After deciding to pursue Rachel, Hayden made his “rough around the edges” comment to Gabby, who admitted his words deeply hurt her. In Episode 4, Hayden took another opportunity to speak ill of the leads by comparing both bachelorettes to his ex, stating, “they don’t hold a candle to her.”

During his one-on-one time with Rachel in Episode 4, Hayden decided to open up about his dog, Rambo, and his pet’s recent health struggles. But the contestant was upset when Rachel stepped away from their discussion when Tino politely asked for her time. Shortly afterward, Meatball (aka James), who was appalled by what Hayden said throughout the episode, decided to pull Rachel aside before the rose ceremony to tell her about Hayden’s comments. “He made a vulgar comparison,” Meatball began, mentioning what Hayden said about the leads’ bodies and his comment, “I don’t trust these b*tches.”

It didn’t take long for Rachel to confront Hayden. He’d assumed Rachel wanted to continue discussing his dog, but clearly, he was wrong. Rachel asked, “Did you make comments comparing me to your ex? Comparing my boobs to your ex?” Hayden responded, “I don’t speak like that; that’s not my character.” Despite his denial, Rachel had no patience for the 29-year-old leisure enthusiast and asked if she could walk him off the cruise ship. As the sequence ended, she told the cameras that she felt “really stupid for giving Hayden the benefit of the doubt.”

After his elimination aired, Hayden took to social media to save face. He posted a photo to Instagram featuring himself, some fellow cast mates, Gabby, and Rachel.

“For those who watched tonight’s episode, you saw me at my absolute worst and lowest moment. I have always tried to carry myself with humility and respect for others,” he began his apology. “However, my complete lapse of judgement was not only disappointing but it was absolutely unacceptable. I genuinely want to express my deepest apologies to both Gabby and Rachel for my actions.”

Referring to his actions as a “lapse,” he attempted to take some measure of responsibility, adding, “I really hate how this season ended, but this experience was not one that I was mentally or emotionally prepared for with the current things going on in my life.” He also asked for forgiveness from the two leads. “Despite how everything transpired, it was an amazing experience that I will never forget and will learn from,” he said. “I wish Gabby and Rachel all the best and hope they can accept my apology!” Despite his pleas, Hayden didn’t seem to address his actions directly and only broadly explained the reasons behind his behavior.

About three days after he posted the apology, fans noticed that Hayden deleted his apology off Instagram with no explanation. Was the apology itself another “complete lapse in judgement” or is Hayden going to make another attempt at apologizing for how he treated Gabby and Rachel? Bachelor Nation will just have to wait and see what he posts next, but fans can likely expect to revisit Hayden’s villain drama at this season’s Men Tell All.

This article was originally published on Aug. 2, 2022