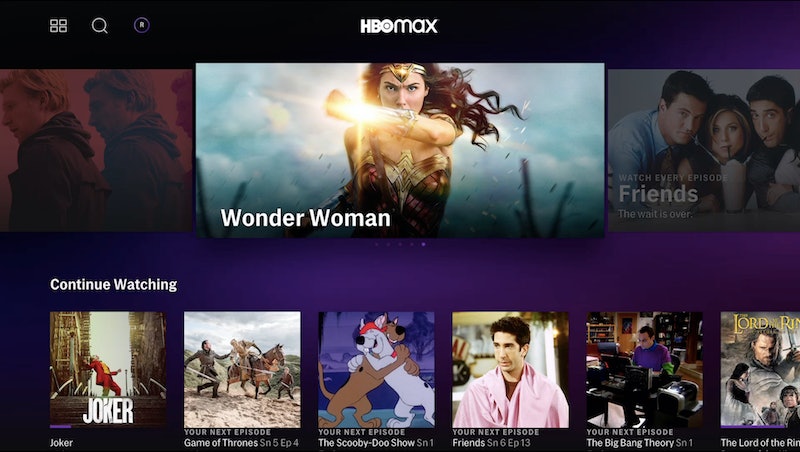 When HBO Max assumed new management via the creation of Warner Bros. Discovery in April, rumblings about the streaming service’s direction and future began to grow louder. Just as rumors of the two-year-old platform’s imminent implosion reached a fever pitch, Warner Bros. Discovery chief David Zaslav announced on an Aug. 4 earnings call that HBO Max and Discovery+ will merge into a single streaming service. Though the media conglomerate has yet to decide on a new name for the new streaming platform, they are planning a summer 2023 launch in the United States, with other regions to follow in 2024.

“At the end of the day, putting all the content together was the only way we saw to make this a viable business,” JB Perrette, Warner Bros. CEO and president of global streaming and games added during the investors' call, per Variety. He said their goal is to provide “something for everyone in the household.”

Naturally, the announcement raised plenty of questions among users. Here’s everything to know about what the merger means for you.

How Will HBO Max & Discovery+ Change?

While the subscription pricing for the new streaming service will be announced later, Zaslav confirmed that the company is considering a free, ad-supported version of the combined platform. HBO Max's ad-supported tier currently costs $10 a month, and the monthly cost of Discovery+ starts at $4.99.

One slide from the executive’s Aug. 4 presentation that gained widespread criticism on social media explained how the merger would bridge a gender gap between demographics. Zaslav claimed their research showed that HBO Max has a male skew, emphasizing scripted content, appointment viewing, and being the “home of fandoms.” Meanwhile, he said Discovery+ is watched more by females who prefer unscripted, laidback “comfort viewing.”

Which HBO Max & Discovery+ Shows Will Be Affected?

Though some viewers initially worried that favorites like Euphoria could be in danger, it’s worth noting the shift will only affect Max Originals. So that means series such as Euphoria, Succession, Westworld, Barry, and The White Lotus, among others, are decidedly safe. Though Warner Bros. Discovery execs didn’t make any announcement about the fates of any series moving forward, among their Max Original shows are And Just Like That..., Gossip Girl, Pretty Little Liars: Original Sin, Hacks, Harley Quinn, The Flight Attendant, and Rap Sh!t. HBO Max is also home to Warner Bros. and DC Comics films, and one likely change ahead may be how new movies are released. Zaslav and his team disagreed with the “previous strategy” of releasing movies straight to streaming.

Which Shows & Movies Have Been Removed Or Canceled?

On the flip side, fans have already noticed that six HBO Max original movies have already been removed from the platform, including Moonshot, An American Pickle, The Witches, Superintelligence, Locked Down, and Charm City Kings. (However, all of the films are available to purchase or rent on VOD platforms.) Though LeBron James’ House Party reboot was scheduled for a July 28 premiere, Vulture noted that the streamer quietly removed the project from the release calendar.

Since then, HBO Max has also removed such shows as Vinyl, Camping, Mrs. Fletcher, Run, and Here and Now. When one user complained on Twitter about the disappearance of At Home With Amy Sedaris in July, the official HBO Max Help account responded, “As we work to bring together HBO Max and discovery+, we’re making some changes to our services. Part of that process includes the removal of select content.”

The merger announcement also came on the heels of reports that the company shelved the previously greenlit Batgirl and Scoob!: Holiday Haunt movies. “The decision to not release Batgirl reflects our leadership’s strategic shift as it relates to the DC universe and HBO Max,” a Warner Bros. Pictures spokesperson said in an Aug. 3 statement, adding that star Leslie Grace is “an incredibly talented actor and this decision is not a reflection of her performance.”

Less than a week earlier, HBO Max also canceled Gordita Chronicles, signaling a move away from family-friendly content. A spokesperson explained the decision on July 29, telling The Hollywood Reporter in a statement, “Live-action kids and family programming will not be part of our programming focus in the immediate future.” Indeed, HBO Max also canceled Ellen DeGeneres’ Little Ellen preschool series ahead of its Season 3 premiere.

Regarding the streamer’s move away from family content, Hair Love Oscar winner Matthew A. Cherry tweeted, “This is a major blow.” Even before the merger announcement, Issa Rae — whose series Rap Sh!t and Sweet Life: Los Angeles are both currently airing — joked in an Aug. 3 tweet that she was “finding who to seduce and scheme at Discovery,” a reference to a fictional Rap Sh!t song. After a Twitter fan asked the next day if there was “any point to watching” her first scripted series since Insecure or if Discovery is “giving [her] the boot too,” she replied that they still “should watch that sh!t.”

Meanwhile, as other viewers got nostalgic for the HBO Max that was, Chrissy Teigen wondered if there might be some revisionist history happening, writing, “all anyone is saying is how much we loved hbo max. we are being choco taco’ed.” On Aug. 4, she also revealed that she just sold an HBO Max scripted show this year, which now seems to be in limbo.

Although it seems changes may happen gradually over the next year, fans still have some time to continue enjoying the content that’s left — while it’s still available, anyway.