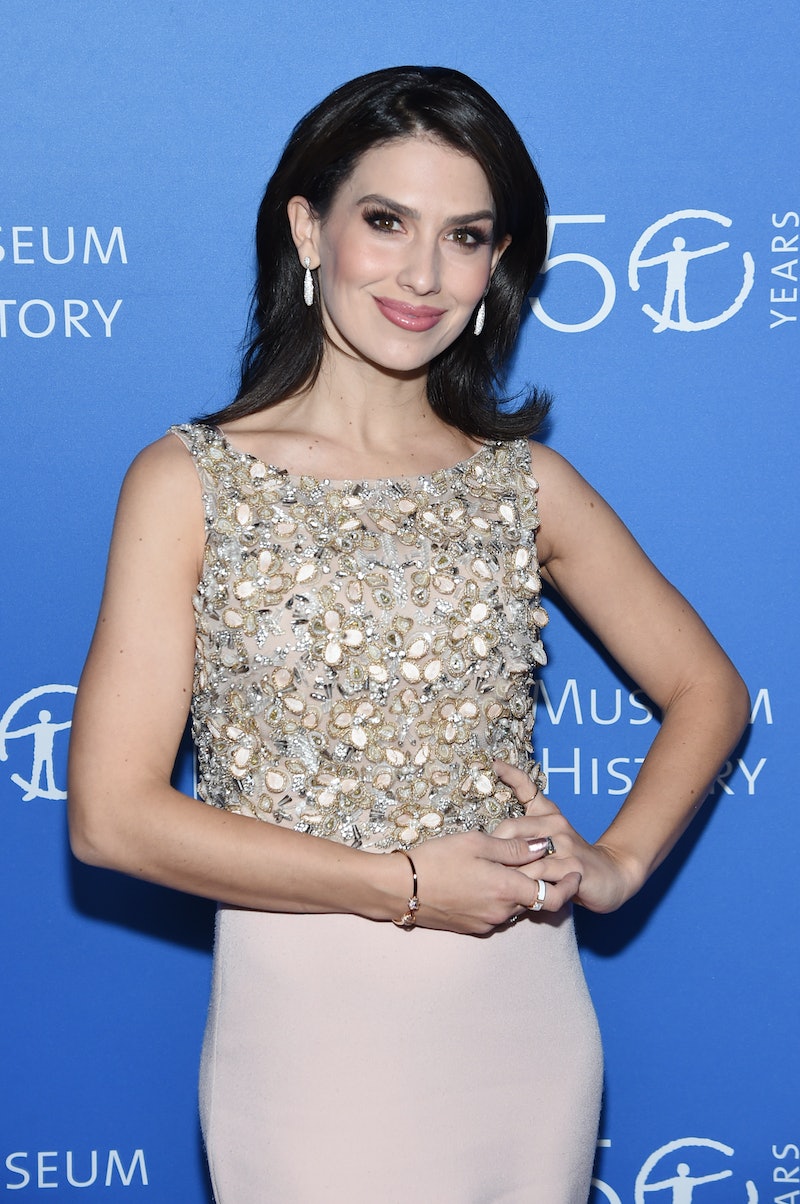 Following her month-long break from the spotlight after being accused of faking her heritage, Hilaria Baldwin addressed her Spanish accent controversy on Instagram. The yoga instructor-slash-influencer discussed her background and admitted that she could have "been more clear." Her statement — which was shared alongside a photo of herself and husband Alec Baldwin with their five children — marks her return to social media after being accused of pretending to be a Spaniard for most of her career.

Though she didn't specifically touch on the allegations that she adopted a fake accent and presented herself as a Spanish native for years, Baldwin did apologize for not being clear about her actual upbringing. "I’ve spent the last month listening, reflecting, and asking myself how I can learn and grow," she wrote. "My parents raised my brother and me with two cultures, American and Spanish, and I feel a true sense of belonging to both. The way I’ve spoken about myself and my deep connection to two cultures could have been better explained - I should have been more clear and I'm sorry."

Baldwin continued by acknowledging that she was "proud of the way I was raised" and that she hopes her own children will have the same "love and respect for both" cultures. She concluded her post by emphasizing the importance of "being vulnerable and pushing ourselves to learn and grow" and asked others to be kind in her comments. "I hope to get back to the supportive and kind environment we’ve built together," Baldwin wrote.

After she engaged in a back-and-forth on Instagram with comedian Amy Schumer in December, social media users began questioning Baldwin's background when she posted a video addressing the "feud" without the Spanish accent she had previously used. From there, internet sleuths discovered that Baldwin — born Hillary Lynn Hayward-Thomas — actually grew up in Massachusetts, rather than Spain, as multiple outlets had previously reported. Both her IMDB page and her agency's speakers site stated that Baldwin was born in Mallorca, Spain, according to The Daily Beast and Page Six, and she herself seemed to allude to it in interviews.

A 2016 interview with Hola! magazine stated, "Hilaria, who was born in Spain, has made certain to raise her children with her native language, Spanish." However, according to Page Six, neither of Baldwin's parents are Spanish, despite what the yoga teacher had previously implied, and they have only lived in Spain full-time since 2011. Furthermore, Baldwin's former private school, the Cambridge School of Weston, cites her as a 2002 graduate, with several of her classmates stating that she didn't have an accent when she attended. This contradicts the Baldwin's narrative from an April 2020 episode of the #Momtruths podcast, in which she seemed to heavily imply that she moved to the United States from Spain at 19 to attend NYU.

On Dec. 27, Baldwin addressed the controversy on Instagram, where she acknowledged that she was born in Boston, but claimed that she split time between the United States and Spain growing up. "When I was growing up, in this country I would use the name Hilary, and in Spain, I'd use Hilaria, and my parents call me Hilaria," she said in the video, before addressing a viral clip of her appearing to not know how to say "cucumber" in English. "I am that person that if I've been speaking a lot of Spanish, I tend to mix them, and if I'm speaking a lot of English, then I mix that."

A few days later, Baldwin once again clarified her identity in an interview with The New York Times, before accusing others of "misrepresenting" her. "It's very surreal," she said of the controversy surrounding her heritage. "There is not something I’m doing wrong, and I think there is a difference between hiding and creating a boundary ... For me, I feel like I have spent 10 years sharing that story over and over again. And now it seems like it’s not enough."