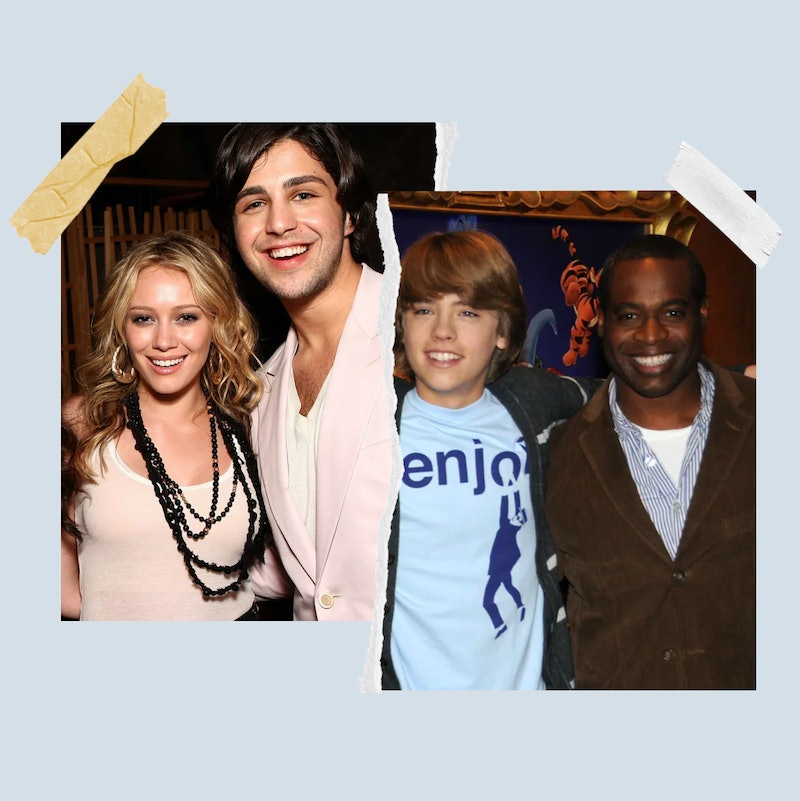 It looks like the next devious duo Mr. Moseby needs to watch out for are Lizzie McGuire and Josh Nichols. Hilary Duff, Josh Peck, and Phill Lewis joined forces on the How I Met Your Father set, and our 9-year-old selves are screaming. Taking to his Instagram on Oct. 20, Peck posted a photo with his fellow nostalgic icons from the set of their upcoming Hulu show. “You’re welcome for your childhood,” he cleverly captioned the post.

Honestly, we should be thanking them — between their respective breakout shows, they provided all the entertainment of our adolescent years. Peck starred as one of the titular roles on Drake and Josh, forming one half of the best comedy duo of Nickelodeon (sorry, Kenan and Kel, and SpongeBob and Patrick). Lewis made us love to hate Tipton hotel manager Mr. Moseby on The Suite Life of Zack & Cody, and eventually won our hearts completely. And of course, Duff was Lizzie McGuire, the teenage girl we could always related to and still aspire to be like.

After Disney+ scrapped its planned Lizzie McGuire revival due to creative differences (which will never be forgiven), it was announced that Duff would lead How I Met Your Father, the long-awaited spin-off to How I Met Your Mother. Mirroring the original beloved sitcom, the new show will follow Duff’s character Sophie as she tells her son the story of how she met his father, through vivid flashbacks of Sophie figuring her life out in 2021.

In August, Peck announced that he landed a recurring role on the series, playing Drew, the vice principal of an elementary school. Lewis’ role on the show is yet to be confirmed. However, since Suite Life, the actor has sat in the directors chair many times, helming episodes of shows like Fuller House, One Day at a Time, and Paramount+’s iCarly revival. Given that he’s wearing a headset in Peck’s Internet-breaking photo, it’s likely that he’ll be a director on the series.

Somehow, this actually isn’t the first time these stars have worked with one another. Duff and Lewis go way back to Lizzie McGuire, when Lewis guest-starred as Principal Tweedy on three episodes before going onto Suite Life. Duff also co-starred with Peck in the 2009 independent film What Goes Up. Next, this trio should create The Suite Life of Lizzie & Josh. The possiblities are endless.