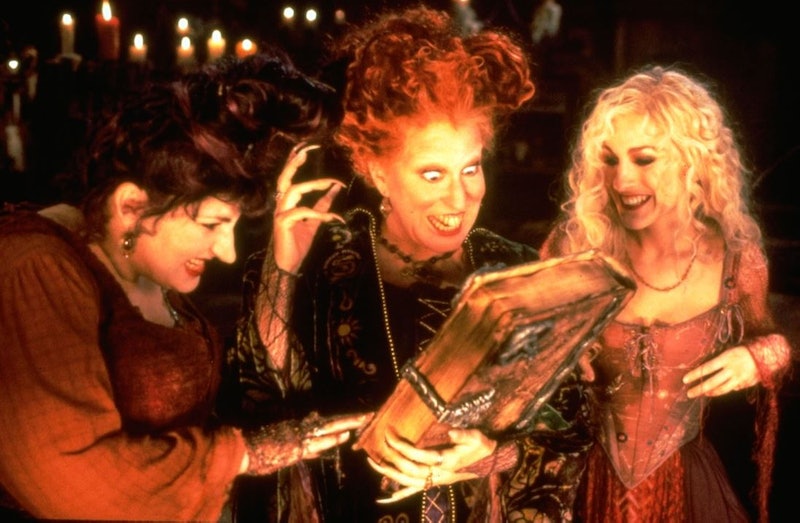 Hocus Pocus fans don’t have to let their seasonal excitement end when the long-awaited sequel premieres on Disney+. The cult classic about three witch sisters resurrected from the 17th century in Salem, Massachusetts is heading to Broadway, according to producer David Kirschner.

“This started before COVID, but now it seems to be back on,” Kirschner said on an episode of Broadway Podcast Network's The Art of Kindness. “They are building a Broadway version of Hocus Pocus.” Kirschner, who was responsible for the first film’s story and executive produced the sequel, couldn’t believe that the project is coming to fruition, explaining that it was a longtime dream of his. “I just want to pinch myself, and I’m just afraid that I'm going to be nine years old and on a Little League field again. But it's just so wonderful just to stand back and watch all of this,” he said of the upcoming show.

Though he wasn’t able to share any concrete details including cast, dates, show location, or details on music being written for the show, he did assure fans that it would live up to expectations. “I think you're going to be very pleased,” he teased.

The idea of a live version of Hocus Pocus has been rumored for a while, with the original film’s director Kenny Ortega telling Forbes in 2020 that bringing the film to Broadway has been a dream of his. “I’d love to do Hocus Pocus on Broadway...I think that there’s a lot of good fun that could be had with Hocus Pocus as a musical with the right actresses,” he said at the time. Fingers crossed that the musical includes the hit song from the 1993 movie “I Put A Spell On You.”

The Broadway production will come after Hocus Pocus 2 hits streaming Disney’s streaming service, which features the return of the original cast Sarah Jessica Parker, Bette Midler, and Kathy Najimy. Hocus Pocus 2 picks up 29 years after the original film when another group of unassuming teens accidentally reanimate the spirits of the three Sanderson sisters, who return to Salem looking for revenge. The teens played by Whitney Peak, Belissa Escobedo, and Lilia Buckingham will face off against Winifred (Midler), Mary (Najimy), and Sarah (Parker) to save their town.

While fans wait for their chance to see the Sanderson sisters in the flesh, Hocus Pocus 2 hits Disney+ on Sept. 30 just in time for spooky season.

More like this
The Britney Spears Disney Princess Musical Is Finally Opening On Broadway
By Jake Viswanath
The First Trailer For 'That '90s Show' Includes So Many Nods To The Original Series
By Jack Irvin, Alyssa Lapid and Grace Wehniainen
You Definitely Know The Voice Of Shuri's AI In 'Black Panther: Wakanda Forever'
By Brad Witter
A Major 'Call The Midwife' Character’s Future Is In Question
By El Hunt
Get Even More From Bustle — Sign Up For The Newsletter