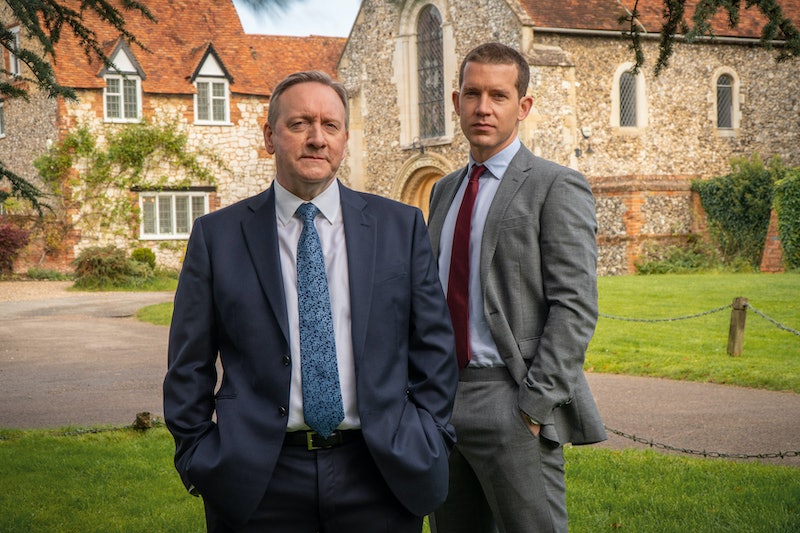 Midsomer Murders, one of ITV’s most popular shows, has been running for over two decades and thus, understandably, amassed a serious following. For one celebrity fan, the show will be all the sweeter. Holly Willoughby will make a guest appearance in the mystery drama – and she was all too happy to agree.

The rather unexpected development unfolded on live TV, when Neil Dudgeon, who plays DCI John Barnaby, appeared on This Morning ahead of the murder mystery’s new season, which will air on Sunday.

“We have all had a big talk about who we want to appear on Midsomer,” Dudgeon started, “and we have decided that we want Holly Willoughby to appear in an episode of Midsomer Murders very soon. I have been speaking to people upstairs and they have been speaking to your people, but Holly please I am emboldened here to offer you a role in Midsomer Murders.”

Willoughby – who had previously spoken about what a huge Midsomer fan she is – was thrilled to accept the offer. “Yes! Of course I say yes,” she replied. “I have seen every single episode since it started way back when. Are you serious?”

Willoughby added: “I mean, you are going to have to kill me off really quickly because I am terrible at acting. I don’t know what I am going to do!”

“That’s never held us back in Midsomer,” joked Dudgeon, who took over as the series lead in 2011 after John Nettles left the role.

Dudgeon assured Willoughby that her role would be “more substantial” than a walk-on cameo, too. So we can expect to see the Dancing On Ice presenter in a fully-fledged appearance. Will she be a killer, a victim, or an innocent suspect? Time will tell.