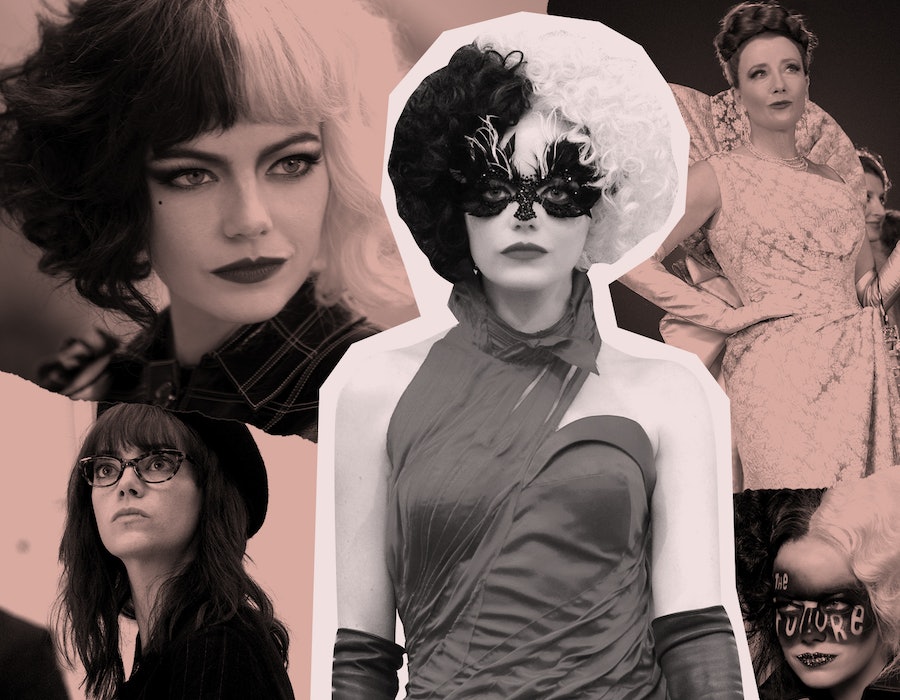 In February of 2020, I saw a movie in a theater for what I didn’t know then would be the last time in more than a year — Portrait of a Lady on Fire, in case you were curious. Last weekend, mask on and heart pounding, I cautiously re-entered the world of big screen cinema for another European-set period piece about the compelling, tumultuous relationship between two women: Cruella.

At risk of sounding patently uncool, the movie was a goddamn delight. Really! I mean that with absolutely no irony or eye-rolling. The Emmas Thompson and Stone chewed the scenery with exactly the panache the film required of them; the costumes were spectacular; the needle-drops almost jaw-dropping in their quantity and imagined expense. Perhaps it was just the sheer joy of sinking back into a big, comfortable seat and staring up at a screen the size of a city block, but I think the film knew exactly what it was and hit the mark with aplomb. That’s not to say some of the plot points weren’t a little charmingly ludicrous, including but not limited to the widely Twitter-mocked detail that the future Cruella DeVil’s mother was killed by being run off a cliff by a trio of Dalmatians.

Out of context, it sounds ridiculous (in context, it’s still ridiculous but a little less so), and so it’s no wonder that the Twitter dunking began early, mocking the film as a soulless cash-grab and #GirlBoss Joker. The latter comparison is entirely unfair (unlike Joker, Cruella is actually fun) but the former is interesting. I’ve noticed a pattern recently among would-be film critics online disparaging the lack of original storytelling ostensibly in favor of remakes and sequels of things that already exist.

Just because a film is based on a property that already exists doesn’t make the film itself inherently any less creative.

And so the complaint becomes a recurring rephrasing on the internet. To paraphrase a few dozen men on Twitter I’ve had the misfortune of coming across over the past week or so: “Ugh, Hollywood only wants superhero movies and sequels and IP projects when they could be making my original screenplay that I wrote and no one wants to read!”

Jesus Christ. I’m so bored of that perspective, I might as well be reading Random Twitter Guy’s terrible screenplay.

It does seem as though we’re facing down a disproportionate amount of shiny studio properties in theaters now. During the pandemic, the big blockbuster films that required large box office returns were delayed, and so now we’re about to have a marathon of Fast-Furious-Impossible-Mission-Bond-Marvel orgy of violence and exploding vehicles. The Oscars were understandably underwhelming, and so even an original film like Nomadland, which won Best Picture and Best Director, still sort of felt underwhelming in terms of its cross-cultural impact. And pandemic aside, a lot of creative original storytelling has moved to television, where writers get more control over their own projects.

But there’s another important undercurrent to all of this that I want to make very clear: Just because a film is based on a property that already exists doesn’t make the film itself inherently any less creative. Almost all movies are based on something. A book. A short story. A short film from another country. Am I supposed to enjoy You’ve Got Mail less because it’s based on a film that was based on a play? Must every film bro stop talking about The Departed because it’s a remake of a movie from Hong Kong?

Hollywood doesn’t work the way random people on twitter think it does, where there’s an executive sitting in a room with two scripts — one that says GENERIC MARVEL MOVIE and one that says EDGY ORIGINAL STORY — and he’s so busy chomping his cigar that he makes the wrong decision every time.

“Hollywood writers” are not out of ideas so much as “audiences everywhere in the world” don’t really go see small arthouse films en masse.

I get that there’s also a knee-jerk reaction to properties that are produced by massive corporate conglomerates: A film like Cruella, which is actually an original story based on a century-old book, feels more mass-produced because, well, you can already see the Hot Topic merch. You can see the cynical corporate strings at work, the mental calculations of men and women in suits inputting the box office returns of Maleficent into a spreadsheet. And certainly, coming to understand the business of Hollywood is a disquieting experience, bringing with it the slow realization that despite what the perky montages at award shows claim, it’s not all about the love of cinema. Show business is a business, and studios decide to spend their millions of dollars on the movies that seem like they’re going to make lots of money, which means things that have name recognition and proven popularity. “Hollywood writers” are not out of ideas so much as “audiences everywhere in the world” don’t really go see small arthouse films en masse.

The unfortunate byproduct of the industry is that our best and most exciting artists are moving to marquee IP projects because that’s where the resources are. Chloé Zhao and Taika Waititi are making Marvel movies. Cruella was co-written by Tony McNamara.

But the system in which these artists operate doesn’t cheapen or negate their work, at least in my mind. Bemoan the system if you might, but don’t tell me the costume designer of Cruella, Academy Award winner Jenny Beavan, is doing work any less creative than if she were working on a non-Disney property. (For the record, one of her Oscar wins was for another reboot/sequel, Mad Max: Fury Road.)

The film industry is going to continue to evolve and change, but until art is a public good, artists will have to work within that system. And I think it’s work celebrating and continuing to champion good work when they achieve it, and also get paid for it. There’s a lot of interesting creativity happening in comic book movies and adaptations (Lord and Miller’s entire career, for example). Sometimes, the only thing film snobbery achieves is robbing you of a fun time at the movies.

More like this
Sandra Bullock’s Razzies Speech Proves She’s The Ultimate Miss Congeniality
By Sam Ramsden
Anne Hathaway Shared A "Thrilling" 'Princess Diaries 3' Update
By Darshita Goyal
'Abbott Elementary' Fans Probably Missed This 'Parent Trap' Easter Egg
By Sam Ramsden
James Cameron May Come To Regret His 'Titanic' Door Experiment
By Stephanie Topacio Long
Get Even More From Bustle — Sign Up For The Newsletter
From hair trends to relationship advice, our daily newsletter has everything you need to sound like a person who’s on TikTok, even if you aren’t.