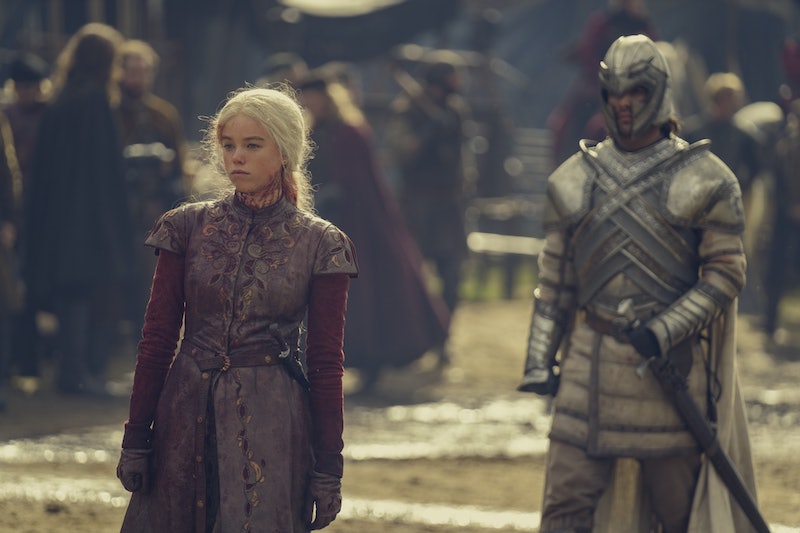 Westeros has seen so much change since fans returned to the realm with House of the Dragon. After just three episodes, the entire framework of the Targaryen’s succession plan has been upended, thanks to the addition of Aegon II, the child of Alicent Hightower (Emily Carey) and King Viserys (Paddy Considine). The new Targaryen leaves Rhaenyra (Milly Alcock) and Daemon (Matt Smith) on the outside looking in as we head into Episode 4.

And speaking of Daemon, he managed to end his three-year war with the Crabfeeder with some help from Corlys (Steve Toussaint) and Laenor Valeryon (Theo Nate), but how will he be welcomed upon his return? Here is everything you need to know about House of the Dragon Episode 4, from its release date and time to its plot and trailer.

HBO will release House of the Dragon Episode 4 on Sunday, Sept. 11 on its cable network and streaming service, HBO Max. The new episode will premiere at 9:00 p.m. ET, and U.S. viewers can stream Episode 4 on HBO Max at the same time. If you need a quick refresher, the network will re-air Episode 3 directly before the Episode 4 premiere at 7:47 p.m ET.

House Of The Dragon Episode 4 Trailer

“From my blood come the prince that was promised, and his will be a song of ice and fire.” These are the words that Rhaenyra reads off the catspaw dagger that Arya Stark (Maisie Williams) would eventually use to kill the Night King. See more from the upcoming episode in the trailer below.

After Episode 4 premieres on Sept. 11, there will be six more episodes left in Season 1. If each remaining episode airs on every week without skipping a Sunday, the finale should premiere on Oct. 23. Here’s the tentative schedule for the rest of Season 1:

House Of The Dragon Episode 4 Title

Episode 4’s title is “King of the Narrow Sea,” which is a direct reference to Prince Daemon’s new title, who visibly wears a Driftwood crown in the trailer. Lest we forget, Daemon just ended a massive war in the Stepstones. That’s a huge feat, and in the wake of the victory, expect Daemon’s ego to be just as massive.

House Of The Dragon Episode 4 Runtime

Episode 4 ran for a little over an hour, and audiences can expect similar runtimes in the future. On HBO’s website, it lists Episode 4 to be 62 minutes long, which means we’ll be getting roughly the same amount of Westeros drama as last week.

House Of The Dragon Episode 4 Plot

Based on the trailer, Episode 4 makes another time jump, one that tracks at least a year, considering that Prince Aegon is now 3 years old. Rhaenyra will likely continue to contend with others questioning her right to succeed her father on the Iron Throne. It seems like the question of who she’ll marry may become even more pressing, especially if Daemon’s return to Kings Landing adds a new threat to her succession.

Speaking of Daemon and Rhaenyra, it seems like the trailer hints that their relationship may be getting closer than it should. It comes on the heels of the last episode wherein Otto suggested that Rhaenyra might be a match for her then-2-year-old half-brother. It’s not out of the ordinary for Targaryens to be incestual, but that’s a step too far, even for Viserys. But Daemon’s involvement is certainly fishy and not just because he just spent three years fighting a war at sea.