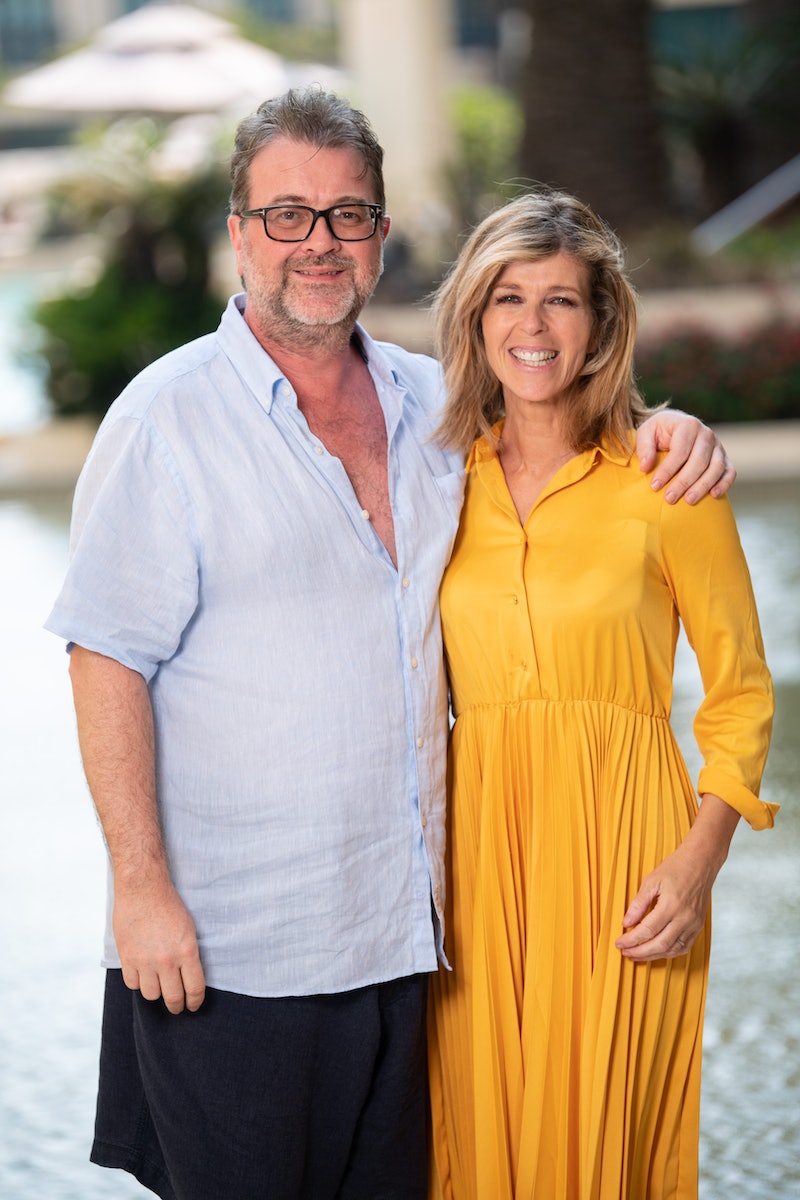 In March 2020, Kate Garraway’s husband Derek Draper was hospitalised and put in a medically induced coma after catching coronavirus. A year later, and he remains in hospital recovering from various illnesses that the virus has caused. In a new documentary for ITV, Garraway will talk about the impact COVID-19 has had on her family and her husband, whom she has been married to for more than 15 years. But how did Kate Garraway meet her husband Derek?

The pair’s love story is very sweet. Four years after joining GMTV, Garraway was set up on a blind date with Draper by a colleague. “I remember Gloria De Piero, political correspondent at GMTV, told me she knew this guy called Derek she thought I’d really get on with,” the presenter told the Daily Mirror in 2006. “And he’d asked her if she had any single girlfriends.”

They eventually met at the home of another GMTV college, Carlo Romano, and they hit it off. “We got on really well and chatted through the night,” she explained, adding that she didn’t even realise it was a blind date until afterwards. “[I]f I’d have known we were set up I’d have been very reluctant to go along.” A year later, and Garraway had tied the knot to Draper at St Mary The Virgin Church in Primrose Hill and went on to have two children together, Darcey and William.

Prior to Draper’s hospitalisation in March, the couple had planned to renew their vows. “We’d planned the wedding for the end of the summer, but I don’t suppose we’ll be booking anything now because we don’t really know what we can do,” she said last April via Metro. “The wedding is something wonderful to look forward to when this is all over. That’s what we’re trying to do – think of all the good things.”

Tilted Finding Derek, Garraway’s upcoming documentary will touch upon where Draper is now in terms of his recovery. While he no longer tests positive for the virus, “he has suffered kidney failure, liver damage, and pancreas and heart failure,” per the Independent.

Draper has since shown signs of improvement and is slowly regaining the ability to talk, which Garraway described on Good Morning Britain as “a positive.”

She added: “The only thing that panics me is that we are on such a rollercoaster with Derek that I am looking around during all this chaos and then the next minute there will be a phone call to say something has gone backwards.”