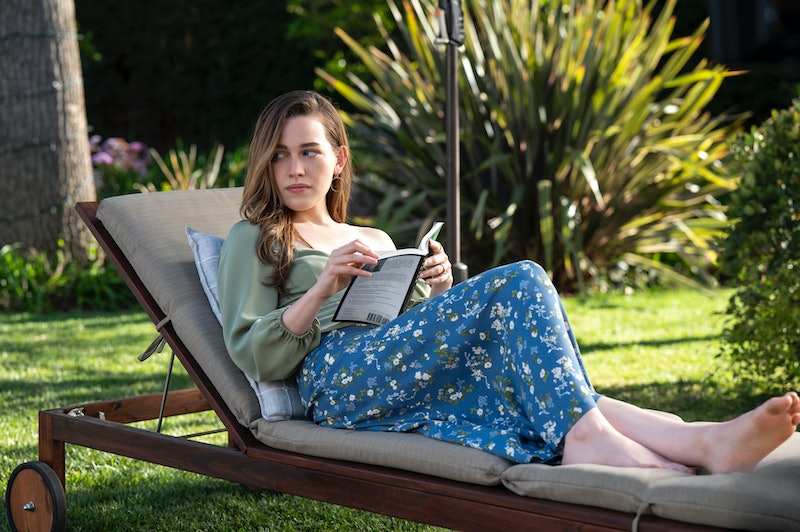 Spoilers ahead for YOU Season 3. When Joe first fell for Love in YOU Season 2, he only saw the parts of her that he idealized — and that she wanted him to see. She told him she was a widow and that her first husband, James, had died at a young age of an unknown illness, cutting their perfect marriage short just as they were getting ready to start a family. But by the end of the season, Joe learned he had much more in common with Love than he realized. And once it became clear that she will do anything to “protect” those who she loves, fans started to wonder if she had something to do with James’ death.

Season 3 of YOU brings the story back around, and it turns out that Love did indeed kill James, although she didn’t mean to. During Joe and Love’s showdown in the final episode, she admits to what her mother alluded to earlier in the season: James didn’t die from an illness. In fact, he got better. But by then, he and Love were “already having problems.” Hoping to fix it all, Love turned to aconite, also known as “wolf’s bane,” in an attempt to “temporarily” paralyze him. “I just wanted to stop him, keep him in one place long enough so we could talk it through,” Love tells Joe. “I did kill him. But I didn’t mean to. That was my first time using it — the dosage was too high when ingested.”

While the reveal only affirms Joe’s distrust in his wife, her rationale is not that far off from Joe, who believes that he is always acting in the best interest of the women he obsesses over even when he’s hurting them. "I think [Love is] capable of doing anything if she can kind of go through the mental gymnastics of making it into a form of defense," Victoria Pedretti, who plays Love, told Bustle of her character when Season 2 premiered. “I don't think any of the behavior she presents, the murderous kind, is premeditated. It's always out of this very animalistic need to protect. [And] I think that she actually is protecting [Joe].”

Unfortunately, Joe doesn’t feel the same way, and at the end of YOU Season 3, he kills Love and sets her up to take the fall for their crimes in Madre Linda. Just like James, she’s ultimately poisoned by her spouse with aconite.