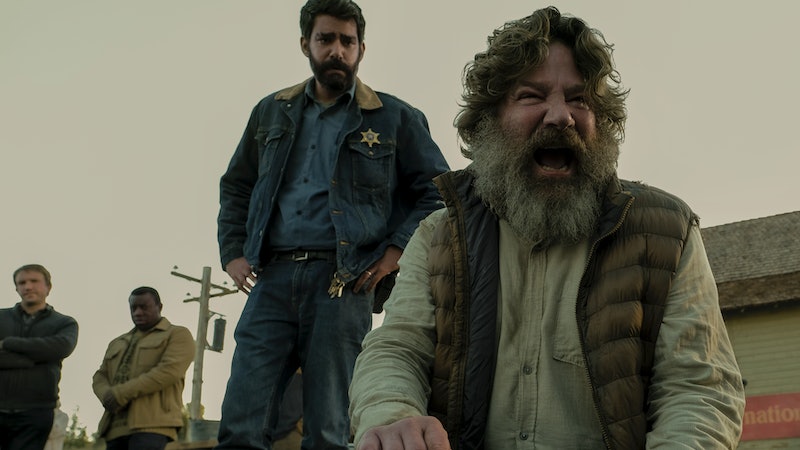 Mike Flanagan has made a name for himself for a very specific kind of horror. His first two shows, The Haunting of Hill House and The Haunting of Bly Manor, are riddled not only with ghost stories, jump scares, and disturbing imagery but metaphorical terrors designed to linger with the audience long after Netflix has stopped autoplaying.

So how does Midnight Mass, his latest Netflix series, stack up? That depends. At its core, The Haunting of Hill House is a psychologically poignant ghost story. It’s certainly scary at a technical level: Flanagan famously hid ghosts throughout both Hill House and Bly Manor for those courageous enough to scour the background for them. Occasionally those ghosts pop out from a backseat or hover over a bed in a way that is genuinely terrifying. But the most frightening thing is what they represent: the grief and pain of losing a loved one in a way you don’t understand. The terror is there when a doorknob starts to rattle, but the dread persists long afterward and on a much deeper level.

Midnight Mass is thematically similar, but with a crucial difference: it’s more about monsters than ghosts. In the miniseries, the small, isolated community of Crockett Island is rocked when a new priest arrives and seemingly miraculous events begin unfolding within the local Catholic church. While the first two episodes mostly slow-play any terror as viewers are introduced to the town of Crockett, the divisions amongst its residents, and their respective traumas, there are a few stray jump scares to remind you that it is, in fact, a horror show. Mostly, though, the fear comes from the gradually mounting religious fervor that’s snaking its way through the community and blinding some to the pain being caused along the way.

Of course, once the origin of the town’s miracles is revealed, there are some more visceral horror elements. Namely, there’s a lot of blood and some gruesome injuries. But ultimately, Midnight Mass doesn’t spend too much time lingering on physical frights (at the very least, they’re telegraphed clearly enough that even the biggest scaredy cats could avert their eyes in most instances). Instead, Midnight Mass probes the hurt beneath it all, driving each of its characters to their emotional brinks.