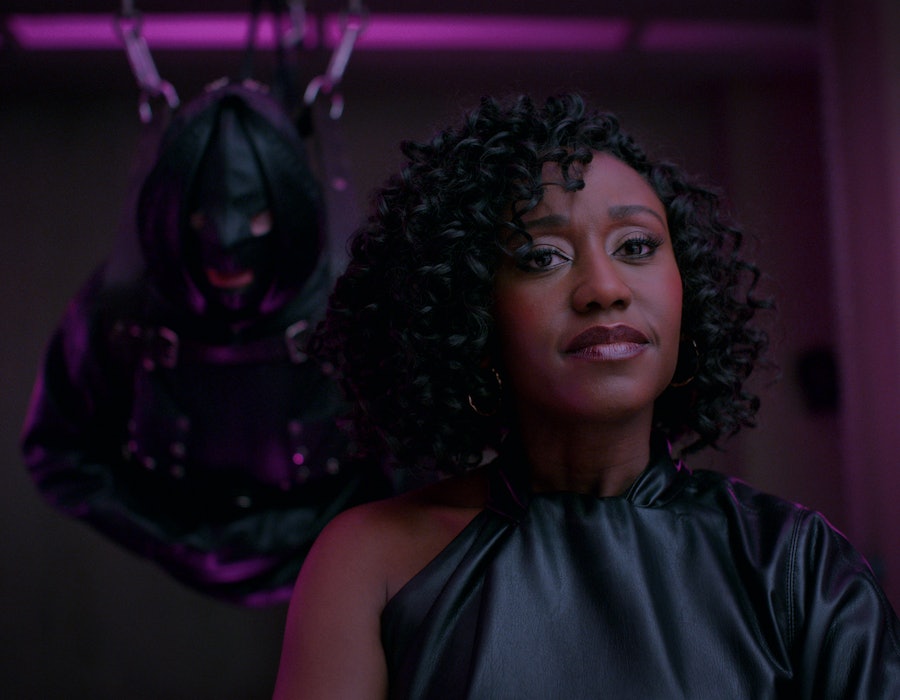 For Season 2, he brought on intimacy coordinator Olivia Troy, who runs a consulting agency and has worked on projects featuring queer characters, sex workers, and those in the BDSM/kink communities for over a decade. She worked across every aspect of production, addressing the fact that Tiff wore a submissive's collar in Season 1 and helping to outfit Pete in custom-made pieces from real-life fetish leather king David Samuel Menkes. Troy also sourced BDSM gear from actual New York City dungeons and wrote in scenes to challenge the notion that Dominant/submissive (D/s) relationships are inherently disrespectful or cruel. "The relationship is often quite caring and quite devoted," says Troy, who also worked in the writers' room. "There's mutual respect, mutual affection, and mutual appreciation for what each person is bringing into the experience."

As a result, fluidity on set was key. "If in the script it says they rip each other's clothes off and an actor says, 'I don't feel like taking my clothes off,' I'm like, 'OK, let's put you in a jacket,'" Doyle says. "To me, it's more [important that] the actor feels comfortable and does the thing that we need emotionally, [rather] than physically [following the script]."

More like this
Devi Is Going To Meet A “Smoldering Bad Boy” In ‘Never Have I Ever’ Season 4
By Jack Irvin and Gabrielle Bondi
Netflix Reveals First Look At Wednesday In The 'Addams Family' Spinoff Series
By Bustle Editors
‘The Ultimatum: Queer Love’ Is Officially On The Way
By Radhika Menon and Kadin Burnett
Filming For 'Bling Empire' Season 3 Picked Up Right After Season 2’s Drama
By Gretchen Smail
Get Even More From Bustle — Sign Up For The Newsletter