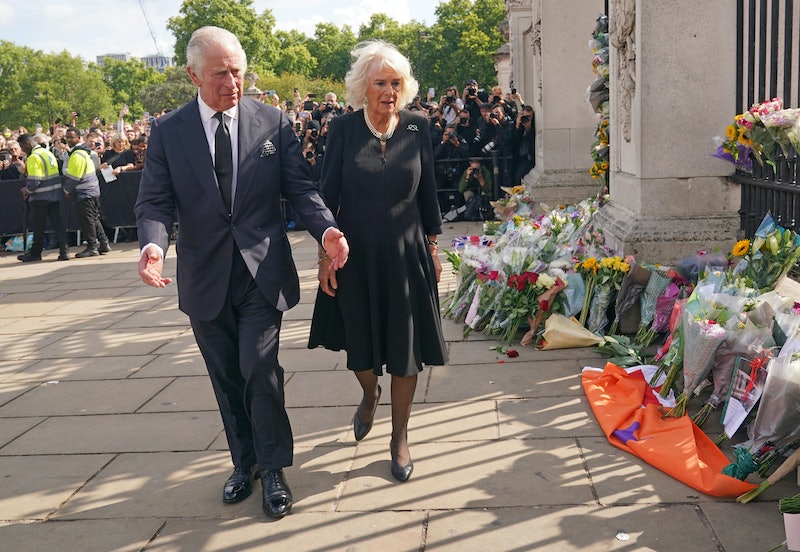 Since Queen Elizabeth II’s death on Sept. 8, millions have been grieving England’s longest-reigning monarch. “Her loss will be deeply felt throughout the country, the Realms and the Commonwealth, and by countless people around the world,” as King Charles III wrote, in part, in a recent statement. For the many who want to pay their respects to the late queen and share a message of condolence with her family, Buckingham Palace has made it possible.

On Sunday, Sept. 11, the palace announced that the royal family’s website had added an online book of condolence. By visiting the website, members of the public can write a message and submit it, along with their name, email, and location. While not every note will make it to members of the royal family, “a selection of messages” will be shared, according to the information on the page. Some may even end up being saved in the Royal Archives “for posterity.”

Of course, supporters haven’t needed a book of condolence to pay their respects to the queen and show their support. Large crowds have been gathering outside of multiple royal residences since her death. Some of those who waited have even managed to extend their well wishes directly to the queen’s family. At Balmoral Castle, Princess Anne, Prince Andrew, Prince Edward, and their families greeted crowds on Sept. 10. That same day, William and Catherine, Prince and Princess of Wales, did their own walkabout at Windsor Castle, accompanied by Prince Harry and Meghan, Duchess of Sussex in a now-rare joint appearance.

As the Princess of Wales spoke to members of the crowd at Windsor, she even comforted people who were crying. “The whole nation’s having to be brave, aren’t they,” Kate told an emotional supporter in footage shared by ITV. “Don’t worry, I have plenty of moments like this, too.” She also shared the way her “sweet” son Prince Louis consoled her: telling her that the queen and her late husband of 74 years, Prince Philip, who died in April 2021, are together now.

The royals have been clear that they understand the shared grief. In his first address as king, Charles noted, “I know that her death brings great sadness to so many of you, and I share that sense of loss, beyond measure, with you all.” For his part, William wrote in a touching statement, “All of the sadness we will feel in the coming weeks will be testament to the love we felt for our extraordinary Queen.”

Following Queen Elizabeth’s death, Operation London Bridge went into effect. The United Kingdom has entered a 10-day period of mourning, and the palace is preparing for her funeral, which will be held on Sept. 19. The queen’s coffin has already begun its journey from Balmoral Castle to Westminster Abbey, a multiday journey that will proceed the four-day lying-in-state, funeral, and burial. During this period, mourners will be able to pay their respects, whether that be by joining the crowds along the route, visiting the queen’s coffin at Westminster Hall, or submitting a message of condolence.