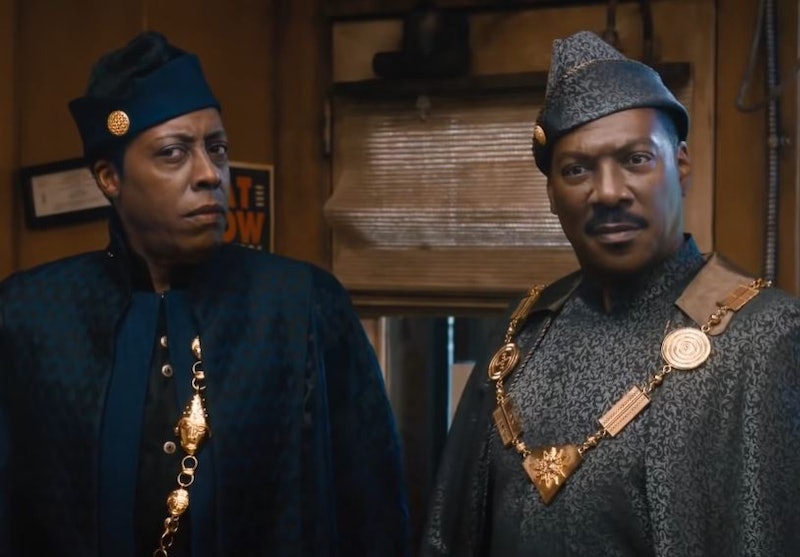 A lot of people thought it was never going to happen, but Eddie Murphy's perennial classic comedy Coming to America is getting a sequel. What's more, its premiere is not that far away. Coming 2 America makes its debut on Prime Video on March 5, and with it, fans of the original 1988 film get to journey to America once more with Prince (now-King) Akeem (Murphy) and his friend and confidant, Semmi (Arsenio Hall). But just in case you might've missed out on the now-32-year-old film, here's our rundown on where to stream Coming to America ahead of Coming 2 America's premiere.

Long story short, fans of and newcomers to the original alike can catch Coming to America on Prime Video, which is handy because that's also where Coming 2 America will be making its debut. That isn't the only place, however, as Coming to America is currently available to rent (with a fee) via platforms like Google Play, YouTube, Redbox, Apple TV, and more.

Coming 2 America picks up decades after where its predecessor leaves off. Akeem's father, King Jaffe Joffer (James Earl Jones), is on his deathbed, ready to pass his kingship on to his son. However, he's learned that Akeem has left behind a son in America, and so he tasks him with returning to Queens to seek him out and bring him to his ancestral home. Naturally, it's more than a little bit difficult, seeing as Akeem never even knew this estranged son existed.

In the original film, Prince Akeem had journeyed to America to explore what life is like for someone who isn't a royal. Of course, escaping an arranged marriage to someone he didn't particularly enjoy was a nice fringe benefit of traveling, too. But he ventured to Queens (because with a name like that, that's where you find royalty, he reasoned at the time) to hide out as a regular nobody. There, he found love and was torn between telling his newfound love, Lisa McDowell (Shari Headley), the truth of his royal heritage or continuing to lead her on.

A lot of Coming to America is highly quotable, and the upcoming sequel should be a fun ride as well, especially given the fact that the original screenwriters, Barry W. Blaustein and David Sheffield, along with Murphy, of course, wrote the story for Coming 2 America.