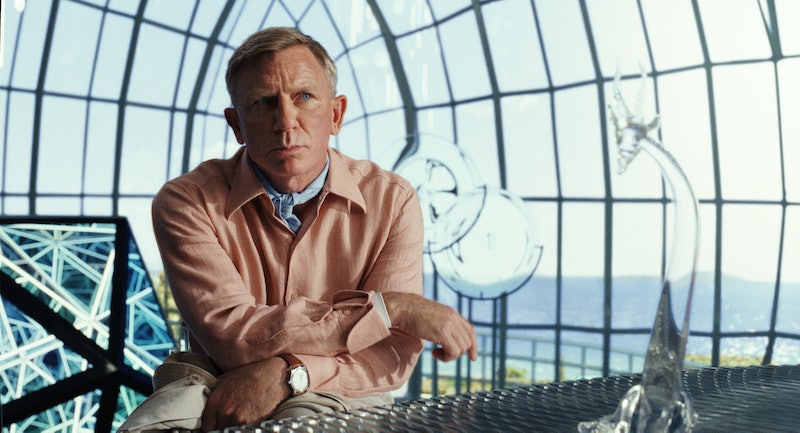 The Knives Out franchise is becoming a holiday tradition: the first film was released around Thanksgiving 2019, and the sequel produced by Netflix is arriving right in time for the 2022 holidays.

With a limited theatrical release before it releases widely via the streaming service, it’s hard to know when and where you’ll be able to find Glass Onion: A Knives Out Mystery. Read on to find out the release timeline so you can either plan a trip to the theater or settle in for a movie night at home.

When Will Glass Onion: A Knives Out Mystery Be In Theaters?

The Rian Johnson film is likely already running in your local theater, as it debuted for a one-week run on Nov. 23. The director billed this limited run as a “sneak preview event” in 600 AMC, Regal, and Cinemark theaters across the United States from November 23-29, and it’s likely that at least part of the strategy behind a theatrical run is to make the film eligible for Oscar contention.

When Will Glass Onion: A Knives Out Mystery Be Available To Stream?

Glass Onion will hit Netflix on Dec. 23. Earlier this year, Variety reported that Netflix will produce at least one more film in the franchise, but that film has not yet begun production.

What Are Critics Saying About Glass Onion: A Knives Out Mystery?

The Knives Out sequel has debuted to critical acclaim, garnering a 94% on Rotten Tomatoes. CNN said Glass Onion “maintains the razor-sharp formula” of the original and “finds new layers to explore, in a way that makes the prospect of a new “Knives Out Mystery” every few years sound like a perfectly reasonable idea, wherever and however one chooses to consume it.” Vulture also called Glass Onion “bigger and better than the original.”

But not every review has deemed the return of Benoit Blanc a through and through success: RogerEbert.com described Glass Onion as an “uproarious if slightly inferior sequel” while the New Yorker called it “extravagant but none too sturdy, and curiously cold to the touch.”

More like this
How To Stream 'White Noise' On Netflix
By Grace Wehniainen
Here’s Everything Coming To & Leaving Netflix In December
By Jake Viswanath
Sadly, You Can’t Stream 'Top Gun: Maverick' — Yet
By Arya Roshanian and Radhika Menon
You Can Finally Stream 'Ticket To Paradise' At Home
By Chloe Foussianes
Get Even More From Bustle — Sign Up For The Newsletter