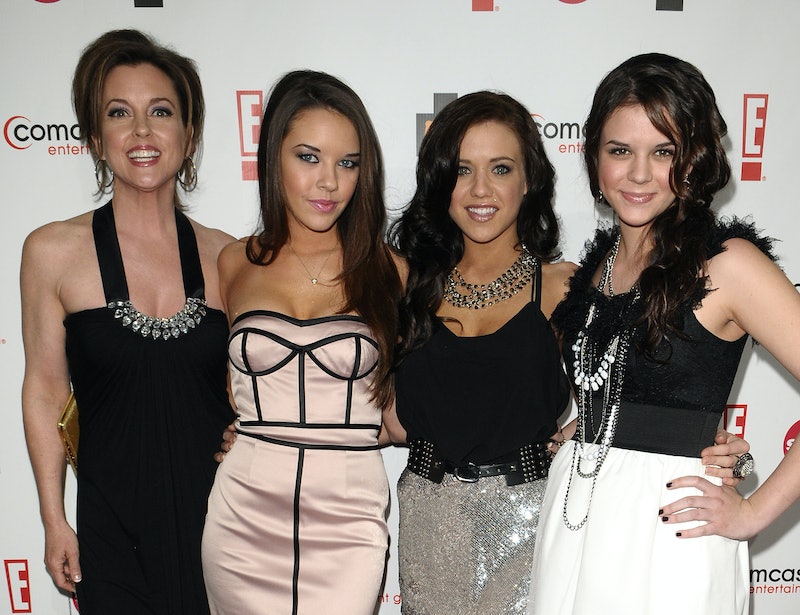 While it only lasted for a single season, Pretty Wild created some pretty iconic television moments. The short-lived E! reality series, originally imagined as a “hippie version” of Keeping Up with the Kardashians, has maintained a cult following ever since its March 2010 premiere. And with its stars — sisters Alexis and Gabbie Neiers, “adoptive” sister Tess Taylor, and mom Andrea Arlington — back in the headlines thanks to Netflix’s The Real Bling Ring: Hollywood Heist, viewers are more eager to check out Pretty Wild than ever.

Before watching Netflix’s docuseries, brush up on your “Bling Ring” history by watching (or re-watching) the series that started it all. Below, everywhere to stream Pretty Wild.

What Is Pretty Wild Again?

The notoriety of Pretty Wild is due largely to Alexis Neiers’ involvement with the “Bling Ring,” a group of teenagers based in California’s San Fernando Valley who broke into several celebrity homes — including those of Paris Hilton, Lindsay Lohan, Orlando Bloom, and The Hills star Audrina Patridge — to steal expensive clothing and accessories. Pretty Wild was originally intended to follow Alexis and Tess’s attempts to break into Hollywood, but when Alexis was arrested in relation to the “Bling Ring” crimes, the show’s focus quickly shifted. Thanks to Pretty Wild, Alexis Neiers quickly became the “Bling Ring’s” most recognizable member — despite having only participated in one of the group’s robberies.

No moment from the show is more talked-about or parodied than Alexis Neiers’ dramatic voicemail to Vanity Fair journalist Nancy Jo Sales, which she made after reading Sales’ report in Vanity Fair about the “Bling Ring.” (Neiers had trusted Sales enough to give her an interview, but felt Sales didn’t ultimately depict her fairly.)

Where Is Pretty Wild Available To Stream?

As of September 2022, Pretty Wild is only available to stream in two ways. The series can be accessed for free on NBC.com — however, a cable TV provider login is required to access it. For those without cable, Pretty Wild’s one and only season can be also purchased on Apple TV for $12.99 (individual episodes are $2.99 each).