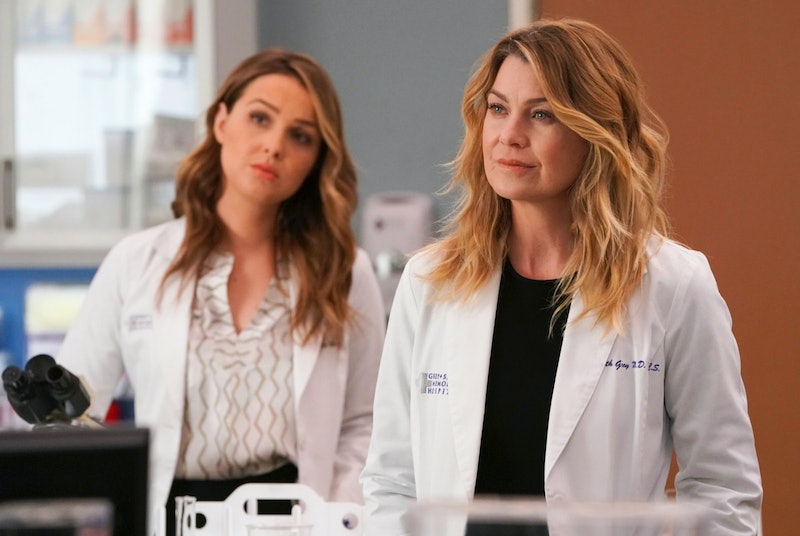 The long-running U.S. medical drama Grey's Anatomy back, and the show's seventeenth season will again centre on the personal and professional lives of the doctors and interns at Grey Sloan Memorial Hospital. Following production delays relating to the coronavirus pandemic, the new series recently made its debut Stateside. So, here's how to watch Grey's Anatomy season 17 in the UK.

In the U.S., the drama's latest run began with a double-bill episode on Thursday, Nov. 12. The delay in broadcast between the U.S. and UK is something to be expected, but the official air date is confirmed to be April 7. As Radio Times reports, the series will air on Sky Witness (Sky channel 107) here in the UK. What is not yet clear is whether Season 17 episodes will arrive on Sky Witness or Sky Go/NOW TV first, or how they be released – all at once or on a weekly episode – but rest assured that I will update you as soon as I have confirmation from Sky.

Despite changes to filming earlier this year as a result of the pandemic, the show's core cast, including Ellen Pompeo as Meredith Grey, have reprised their roles in the hit U.S. drama. Other familiar faces appearing the new season include Giacomo Gianniotti as Andrew DeLuca, Jesse Williams as Jackson Avery, Kelly McCreary as Maggie Pierce, and Chandra Wilson as Miranda Bailey, among others.

Commenting on season 17, showrunner Krista Vernoff promised fans can expect “laugh-out-loud funny moments and romance," and previously confirmed the COVID-19 pandemic will be a central storyline of the new series.

Speaking on The Hollywood Reporter'sTop Five podcast, Vernoff revealed that, despite initial reluctance, she felt it would be "irresponsible" to not feature the pandemic in the show's latest run.

“I spent the whole hiatus kicking it around, and I came into the writers’ room thinking that I had made the decision that we were not going to do it." She continued: “They really convinced me that it would be irresponsible to not. To be kind of the biggest medical show and ignore the biggest medical story of the century felt irresponsible to them to the medical community."

Unfortunately, it seems viewers in the UK may have to wait a little while longer before delving into the drama's newest chapter. However, in the meantime, fans can catch up with Grey's Anatomy seasons 1 — 15 on Amazon Prime Video. You're welcome.

This article was originally published on November 20, 2020