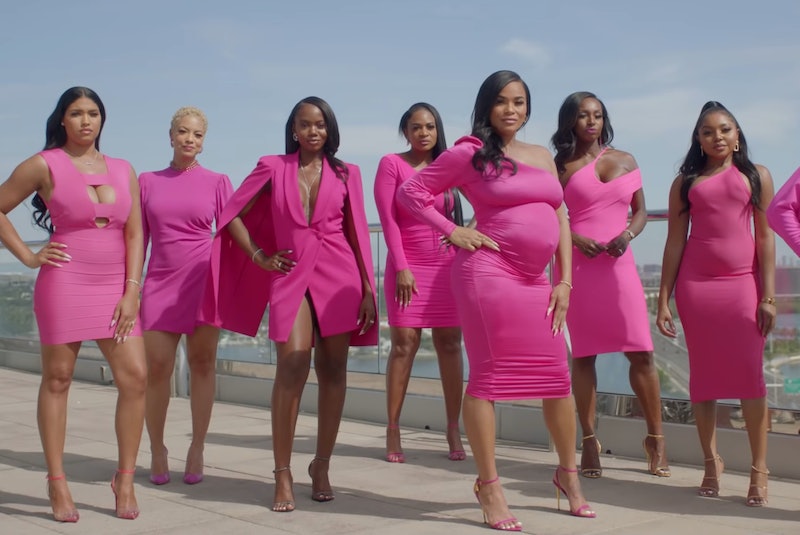 Hot on the (very high) heels of Selling Sunset’s much-anticipated season four release, Netflix is gearing up to debut two brand new spin-offs of the hit real-estate reality TV series. Complete with more million-dollar listings and new big personalities, Selling Tampa and Selling The OC are already getting fans excited. And while most of the details about the Newport-based spin-off are still under wraps, Netflix has given us a sneak peek into what we can expect from Selling Tampa – plus a release date. But when can UK viewers watch the show?

The Floridian spin-off will follow an all-female, all-Black estate agent firm called Allure Realty. The exciting new series is due to be released worldwide on December 15, which is great for UK fans who’ve already marathoned Selling Sunset season four.

A teaser to the Selling Tampa series was released earlier this week, showing Selling Sunset’s estate agent mogul Jason Oppenheim surrounded by his LA agents dressed in all-white. In the teaser, we see Jason quite literally handing the keys over to Allure Realty boss, Sharelle Rosado.

So, what is in store from Selling Tampa besides another intimate look at expensive homes that the majority of us will never be able to afford?

Well, the Allure Realty cast are said to be “equally as fun as they are fiercely ambitious” and – much like the LA office – each broker is “vying to be on top of the lavish world of luxury waterfront real estate.” The Netflix synopsis adds, “Sharelle has big plans for her brokerage and won’t let anyone or anything get in the way of making her dreams a reality.

Allure Realty was founded just over six years ago but has already been garnering awards and accolades, including the Best Real Estate Company” honour during Best of the Bay 2021. In other words, we can expect the all the glamour and big-budget listings we’ve become accustomed to and I, for one, cannot wait.

Selling Tampa will be available to watch via Netflix UK on December 15.