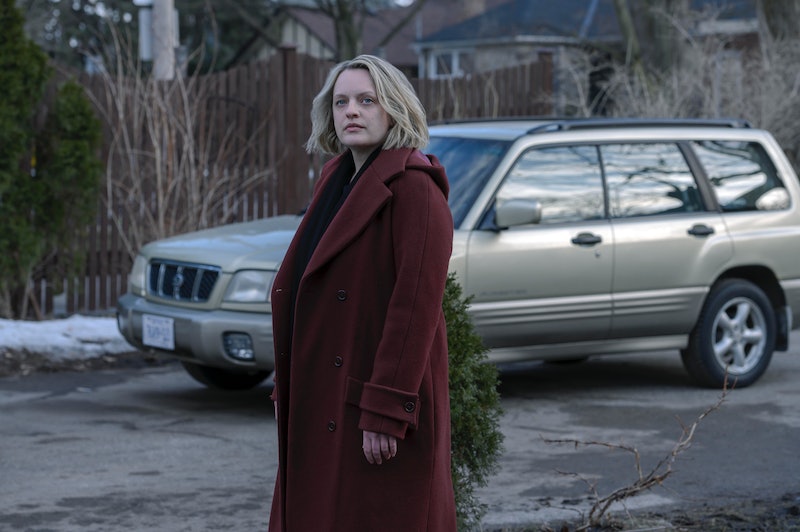 Across the pond, U.S .viewers have access to The Handmaid's Tale via Hulu since Sept. 14, with new episodes dropping every Wednesday. UK fans have had to wait patiently for an update. And though Channel 4 had confirmed that The Handmaid's Tale season 5 would be airing “later this October”, and official date had yet to be confirmed – until now. Season 5 will begin on Channel 4 on Sunday, Oct. 23 at 9 p.m. The Chanel 4 release will coincide with the series’ debut on Amazon Prime Video. Per RadioTimes, “following Amazon's takeover of MGM – which produces the show – the two have now agreed to share premiere rights.”

In a statement Channel 4's head of acquisitions Nick Lee said: "Over the series, The Handmaid’s Tale has remained reflective, high quality and hard-hitting. We’re thrilled Channel 4 and All4 audiences will be returning to Gilead to see further justice dispensed in the next riveting instalment.” You and us both, Lee.

According to Hulu’s synopsis, Season 5 of The Handmaid's Tale sees June face consequences for killing Commander Waterford “while struggling to redefine her identity and purpose. The widowed Serena attempts to raise her profile in Toronto as Gilead’s influence creeps into Canada. Commander Lawrence works with Nick and Aunt Lydia as he tries to reform Gilead and rise to power. June, Luke, and Moira fight Gilead from a distance as they continue their mission to save and reunite with Hannah.” So it is a jam-packed season.

In the two-minute trailer for the new season, we see familiar faces including Elisabeth Moss as June, Yvonne Strahovski as Serena, Samira Wiley as Moira, along with several other returning cast members. However, Emmy award-winning actor Alexis Bledel will not be reprising her role as Emily in Season 5 or 6.

This article was originally published on Sep. 20, 2022