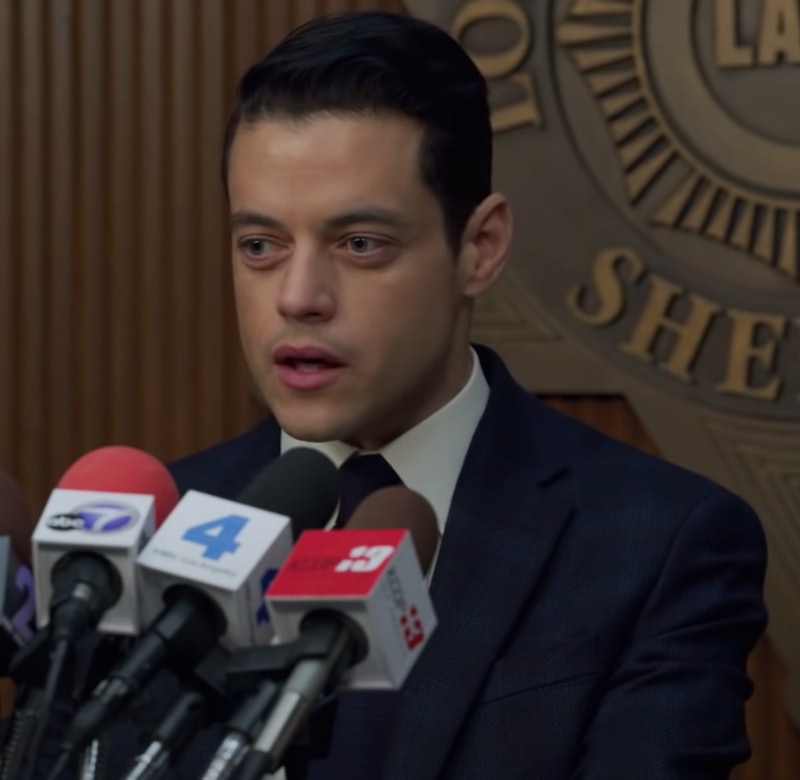 Hollywood heavyweights Denzel Washington, Rami Malek, and Jared Leto star in the crime film, The Little Things — an undeniably strong line-up. Directed by John Lee Hancock, the crime thriller sees Kern County Deputy Sheriff Joe “Deke” Deacon (played by Washington) sent to Los Angeles on a simple assignment before he becomes embroiled in the search for a serial killer. The film first aired on HBO Max in the US in January 2021, yet how to watch The Little Things in the UK?

The good news, The Little Things is now available to rent across various platforms in the UK, including Amazon, Sky, Apple TV, and Google Play. While the Warners Bros film will set you back £15.99, signs say, with three Oscar-winners on board, the movie will be worth the hefty price tag.

Set in the ‘90s, Washington’s character “Deke” becomes embroiled in the chase to catch the serial killer terrorising the city and teams up with L.A. Sheriff Department Sergeant Jim Baxter (played by Rami Malek).

Per the synopsis, “...as they track the killer, Baxter is unaware that the investigation is dredging up echoes of Deke’s past, uncovering disturbing secrets that could threaten more than his case.”

For those who’ve yet to watch The Little Things, there’s plenty of “unexpected twists” to look forward to confirms director John Lee Hancock, who wrote The Little Things in 1992, 1993. Speaking to People, Hancock said: “I think moviegoers will appreciate the unexpected twists and turns of the story, the themes as well as the plot and, of course, the outstanding performances by Denzel, Rami, and Jared, as well as the rest of the cast."

Jared Leto earned himself a Golden Globe 2021 nomination for his role as Albert Sparma, the case’s main suspect. No stranger to playing and challenging characters, Leto admitted that he has “walked on the darker side of the universe” throughout much of his career.

Speaking to BBC, he said: "there was a moment where I did think, I've kind of walked on the darker side of the universe a lot in my career, maybe it's time to not do that again. But after seeing the opportunity here, I just couldn't say no". Leto also spoke about the privilege of working alongside such celebrated acting talent in The Little Things.

Leto added: "Rami and Denzel have been great inspirations for me. Because when they work it's head to toe. I mean, if you watch Denzel in his movies, his whole body is alive. And you know, that's always the Holy Grail.”

"If you look at Rami and what he did in Bohemian Rhapsody (his Oscar-winning turn as Freddie Mercury)... when I saw him the first time after that, I said, 'Forget the acting, what you did on the stage, that... just deserves the awards in and of itself.'"