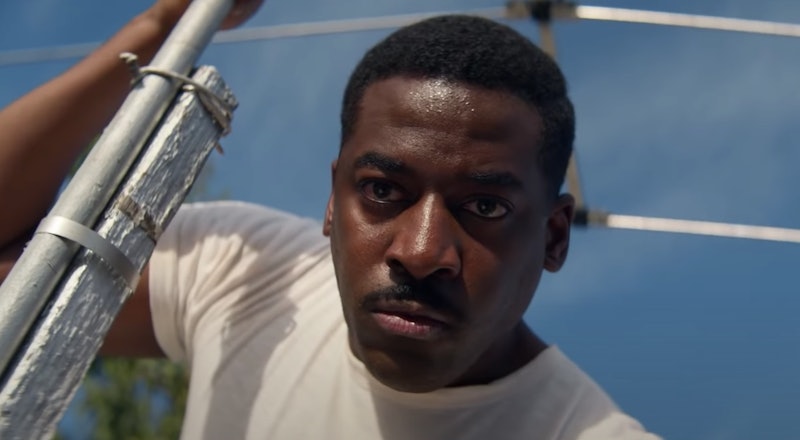 Thanks to shows such as Black Mirror and American Horror Story, the anthology horror/thriller genre is experiencing somewhat of a renaissance. Now Amazon is jumping on this trend with their own series titled Them, which is set to explore different forms of terror in the United States. There’s no word yet on what future seasons of the show may entail, but here’s how to watch Them in the UK.

Available exclusively to Amazon Prime members, you can start streaming Them in the UK from April 9. The first chapter of the series, titled Covenant, follows a Black American family as they move from North Carolina to a predominately white Los Angeles neighbourhood in the 1950s. Before they can even settle in, the Emory family begin to receive a barrage racist abuse and terror threats from their neighbours, co-workers, teachers, and classmates who aim to drive them out of Compton. On top of that, a tormenting supernatural spirit seems to be residing over their home.

Created by Little Marvin with Lena Waithe (Twenties, Queen & Slim) as executive producer, the series – which has drawn some criticism for its similarities to Jordan Peele’s Get Out and Us – stars Deborah Ayorinde (Harriet, Luke Cage), Ashely Thomas (Top Boy, The Night Of), Shahadi Wright Joseph (Us, The Lion King), and Melody Hurd (Battle at Big Rock, Trick).

For Marvin, Them gave him the opportunity to demonstrate the American “nightmare” that Black Americans have had to deal with for generations. “It’s no secret that public spaces have been weaponised against Black folks since the dawn of this country,” he said at a press event for the series (via The Root). “But, what I hadn’t seen told in a story was that tension between the public and the private.”

Marvin wanted to showcase the terrors going in the perceived safety of the home. “My journey really began with a single question: What happens when that safe space turns on you, too?”