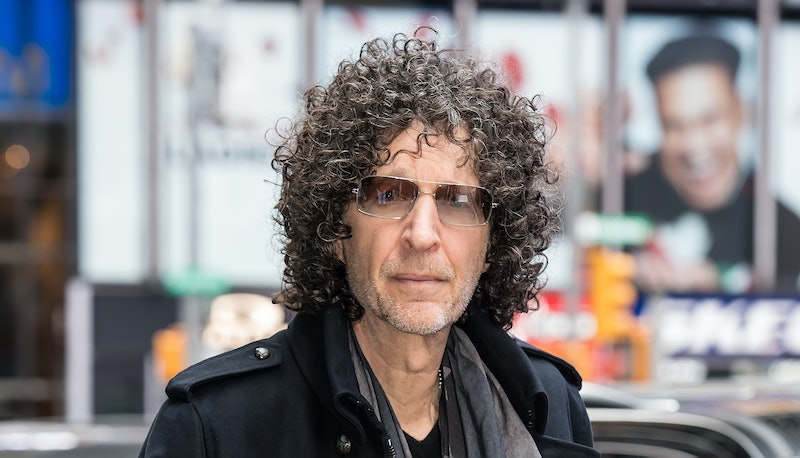 From earning less than $100 a week to becoming perhaps the wealthiest personality in radio history, Howard Stern has been through a lot in his near-five-decade-long career. The self-branded “King of All Media” took shocking audiences to new heights (or lows, depending on the listener), and it made him a very, very wealthy man. Not satisfied with only ruling the airwaves, Stern has also succeeded in the TV, film, music, and even book industries, and his bank account shows just how fervent his fans are and how willing they are to open their wallets to support him.

Read on to learn about Stern’s near-half-century tenure as the shock jock, and how many hundreds of millions of dollars he’s made sitting behind the mic.

These days, many people know Stern for his work with Sirius XM, where he has resided for more than two decades, but the host spent a quarter of a century traveling the U.S. looking for work as a radio emcee. For 25 years, he made a living at a number of stations in different cities and states, with his salary climbing with each new role.

Here’s a quick look at some of his most notable positions before he entered satellite radio.

By the time Stern left traditional radio for Sirius (later Sirius XM), he had already established himself as an in-demand, highly-paid host, but his paychecks grew exponentially when he made the jump.

In 2004, Stern signed his first contract with Sirius. The deal, which saw him agree to run his daily show for five years, paid him $500 million, so says The Washington Post. That sum was not just for him, though, as it was earmarked to run the program, including all salaries for his team. He still likely took home tens of millions per year.

As if signing a half-billion dollar agreement wasn’t enough, Stern and his agent Don Buchwald made huge sums from their stock options, which were included in the original contract as part of the payment. On the day of his first broadcast in 2006, the two reaped the rewards of up to $218 million for hitting subscriber numbers stipulated in the deal. A year later, Stern was given more shares, worth an estimated $82.9 million at the time. He made an additional $25 million when Sirius and XM Satellite Radio merged to form one company.

In 2010, Stern signed another deal with Sirius XM worth $500 million, again for five years. Half a decade later, he did the same once more, only by 2015, the company was also interested in video content as well—though exact financial details weren’t shared. In 2020, Stern’s salary grew yet again, and he signed a five-year contract worth an estimated $600 million, including all production costs.

In 1993, Stern decided to further expand his media empire with his first book, a memoir titled Private Parts. He signed a deal with publishing giant Simon & Schuster for $1 million, according to Ok! for the story, which went on sale later that year. The title went right to No. 1 on the New York Times bestseller list, and it reportedly became the fastest-selling release in the company’s history within a week, reports the Sun Sentinel.

Just one year later, Stern signed another book deal, this time with a different publisher. ReganBooks reportedly paid the radio host a $3 million advance for Miss America, according to Paul Colford’s unauthorized biography Howard Stern: King of All Media. The book was published in November 1995, and by the end of that year, it ranked as the third-bestselling title in America, according to another semi-biography named Howard Stern, A to Z: The Stern Fanatic's Guide to the King of all Media by Luigi Lucaire.

In 2019, he returned to Simon & Schuster for his third release, Howard Stern Comes Again, which was largely excerpts from notable interviews from his shows and his commentary about them and stories surrounding them. What he was paid for his most recent book was never revealed, and sales details weren’t touted either.

Throughout his decades as a star, Stern has also worked extensively in TV as well as radio, and he’s enjoyed success both on traditional waves and cable, as well as with home videos that fans had to order (back when that was common practice).

Almost all of Stern’s TV shows have shared similar names, which can make things a bit confusing. Here’s a rundown of his series that fans watched on the small screen.

In the late ‘90s, Stern founded his own namesake The Howard Stern Production Company, which is perhaps best remembered for bringing the show Son of the Beach to Fox for two seasons. Stern himself was credited as an executive producer on the program. He also had a number of other ideas for scripted and non-scripted series, both featuring him and not, that never came to fruition.

From 2011 through 2015, Stern also served as a judge on America’s Got Talent, taking over for Piers Morgan. Stern was reportedly paid $15 million per season, meaning he may have earned at least $60 million from appearing on the competition reality program.

Before he entered the traditional TV industry (and afterward as well), Stern demonstrated his popularity in visual media with several pay-per-view projects and videos that had to be ordered to be seen. Here’s a rundown of what he worked on in that field.

Stern has only worked on one major film release, and he both starred in it and wrote the source material. The movie adaptation of his book Private Parts was a relative box office success, as MTV reported at the time that it opened at No. 1 in North America. Domestically, the title brought in more than $41 million in ticket sales off of a budget of $28 million (with another $11 million in marketing, claims the Washington Post). What Stern (and his staff, who were also featured in the picture) were paid isn’t clear, but since they were the stars, and it was his story, he likely earned a healthy payday from the project.

While Stern didn’t launch a proper singing career, he did enjoy some momentary success in the music industry. He released two albums connected to his radio shows—1982’s 50 Ways to Rank Your Mother and 1991’s Crucified by the FCC—but neither were huge commercial wins. For the first collection, he was reportedly paid an advance of $35,000 (reports Fact Snippet), though it doesn’t appear it charted.

Stern earned his sole charting hit with the soundtrack that accompanied his film Private Parts. The CD, which included songs by bands and artists like Marilyn Manson, Green Day, AC/DC and two tracks that featured the host himself singing (with Rob Zombie and The Dust Brothers), bolted to No. 1 on the Billboard 200 ranking. It was eventually certified platinum for selling at least one million copies in the U.S. alone.

What Is Howard Stern’s Net Worth?

According to Celebrity Net Worth, Stern has a net worth of $650 million, and the website reports he earns an average of $90 million a year. He appeared on Forbes’ inaugural list of the richest celebrities, with estimated earnings at the time (back in 1999) of $20 million. In 2013, he and Simon Cowell tied for the top spot on the publication’s ranking of the highest-earning TV personalities, with $95 million each.

More like this
What Is Brad Pitt’s Net Worth? The Bullet Train Star Now Makes 8 Figures Per Film
By Hugh McIntyre
All The Celebrity Relatives Revealed On 'Claim To Fame' So Far
By Brad Witter
Ekin-Su & Davide’s Next Move Is Confirmed & Involves *A Lot* Of Travel
By El Hunt
Laura Tott From 'First Dates' Married Her Long-Term Mystery Boyfriend
By Darshita Goyal
Get Even More From Bustle — Sign Up For The Newsletter