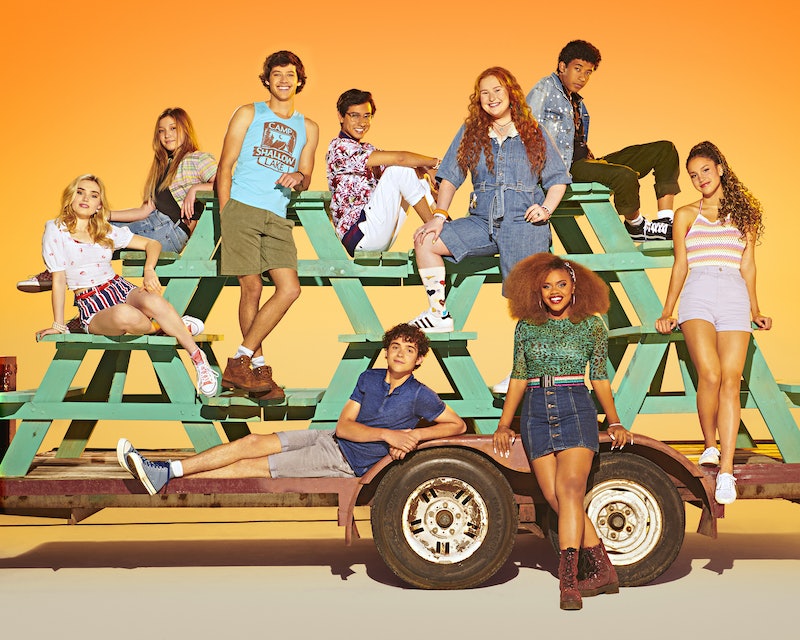 After a summer away at Camp Shallow Lake, the Wildcats are heading back to East High for High School Musical: The Musical: The Series Season 4. Even before the third installment premiered in July, Disney+ renewed HSMTMTS for a fourth outing, with studio executive Ayo Davis praising the show for delivering “best in class drama, humor, and heart” in a May statement via Entertainment Tonight. Added Davis, “We can’t wait to see what’s in store for the Wildcats next.”

She isn’t the only one. Series creator and showrunner Tim Federle said, “This series has been an epic adventure from the start and I’m beyond grateful that we get to keep making music, telling these stories and showcasing these exceptional stars.”

Now that HSMTMTS has been granted an encore performance, here’s everything we know so far about Season 4.

As for whether or not Rodrigo’s Nini will return for HSMTMTS Season 4, Federle didn’t offer much hope, at least in terms of a full-time role. “I think it’s probably a fairly safe bet to say that, for now, we have so many cast members who we love and who we’re serving, that I think there’s no immediate plans for Nini to be a huge part of the show going forward,” he told Entertainment Weekly in late July. “But the world has a way of surprising me, and I never say never.”

Along with Rodrigo, Kate Reinders (Miss Jenn), Larry Saperstein (Big Red), and Joe Serafini (Seb) only appeared as guest stars in Season 3, though that could very well change once the students return to Salt Lake City.

With OG HSM stars such as KayCee Stroh, Lucas Grabeel, and Corbin Bleu already appearing on the Disney+ spinoff, the door is always wide open for more cameos moving forward. That might even include Zac Efron and Vanessa Hudgens, who both raised suspicions when they mysteriously appeared at East High this summer, albeit about a month apart.

In May, Efron told E! News that he “of course” would be interested in reprising the role of Troy Bolton. “Seriously, having the opportunity in any form to go back and work with that team would be so amazing,” he said. “My heart’s still there. That would be incredible. I hope it happens.”

Appearing at Disney’s D23 Expo on Sept. 10, several cast members confirmed that the Wildcats would return to East High in Season 4, where Miss Jenn will be staging a production of High School Musical 3: Senior Year. In an added twist, the students will discover upon their return that the school is being used to film the long-awaited High School Musical 4: The Reunion movie, in which they’ll all be featured extras, per TVLine.

Federle also offered a few Season 4 teases in an interview with Seventeen magazine. “I think that this documentary they’re filming [in Season 3] for Frozen on Disney+ — which is fake and meta — is going to impact their lives in a big way,” he hinted. “Ultimately, it’s High School Musical. I think you’ll always see them do a musical, but we’re always trying to find a surprising new way to do that.”

Actor Dara Reneé, who plays Kourtney, also gave People another small hint in September. “In [Season 3], I had so much fun bringing the comedy to the drama,” she told the magazine. “So Season 4 is going to be even more of that — even more comedy, even more drama, even more fashion.”

In a separate People interview in August, Sofia Wylie revealed the filming for HSMTMTS Season 4 was expected to start in Salt Lake City in September. Explaining that Federle wants “the cast to have an input and a say in what we hope to see this coming season,” she added, “The musical that we’ll be putting on in Season 4 is super exciting. I think you are going to love it. I’m just so excited to start filming. I think it's going to be the best season yet.”

If that production schedule holds true, fans can expect Season 4 to drop by mid-2023, though Disney has yet to announce an official premiere date.

This post will be updated as more HSMTMTS Season 4 details become available.

More like this
The 'Wednesday' Creators Are Already Discussing A Potential Season 2
By Brad Witter
Everything To Know About 'The Peripheral's Potential Season 2
By Brad Witter
The First Trailer For 'That '90s Show' Includes So Many Nods To The Original Series
By Jack Irvin, Alyssa Lapid and Grace Wehniainen
The ‘Emily In Paris’ Season 3 Trailer Teases Major Career & Love Crossroads For Emily
By Bustle Staff
Get Even More From Bustle — Sign Up For The Newsletter