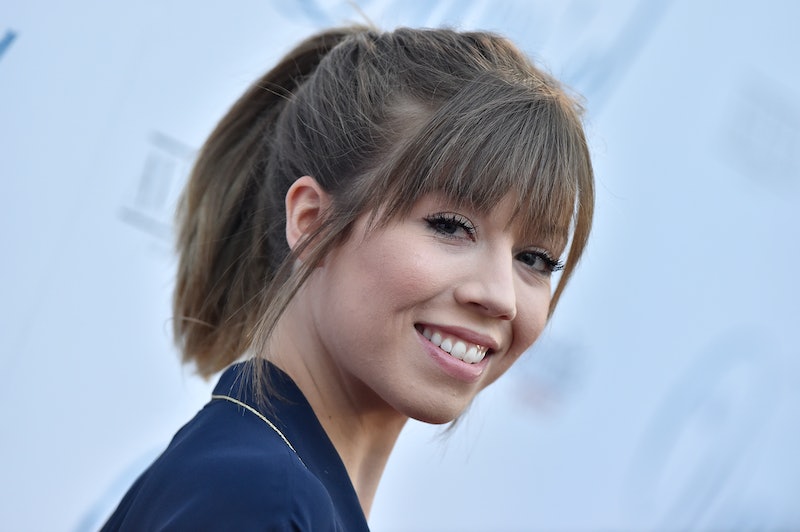 One of the most exciting things still to come in 2021 is the reboot of classic Nickelodeon sitcom iCarly. However, not only will one of the show's original stars not reprise her iconic role, she has no plans to return to our TV screens ever again. iCarly star Jennette McCurdy has quit acting. Now 28, she revealed the news on a recent episode of her Empty Inside podcast.

During that podcast episode with actress Anna Faris as a guest, McCurdy explained that she actually quit "a few years ago" to try her hand at writing and directing. She said she began acting when she was 6 years old at the insistence of her mother, despite not wanting to get into the profession. "By sort of age 10 or 11, I was the main financial support for my family," she said. "My family didn't have a lot of money, and this was the way out, which I actually think was helpful in driving me to some degree of success."

McCurdy added that acting was "always, always, always" difficult for her, and as she became a teenager, she started to feel "ashamed" about her breakout role as Sam Puckett, Carly's food-loving, butter sock-wielding BFF and co-host. She later reprised the character on the iCarly spin-off Sam & Cat, which also featured Victorious star Ariana Grande, meaning she had to deal with the shame of playing that character for even longer.

"I resent my career in a lot of ways," she said. "I feel so unfulfilled by the roles that I played ... I did the shows that I was on from like 13 to 21, and by 15, I was already embarrassed. My friends at 15, they're not like, 'Oh, cool, you're on this Nickelodeon show.' It was embarrassing. And I imagine there's a very different experience to be had with acting if you're proud of your roles, and if you feel fulfilled by them."

Fans reacted to the news on Twitter with both sympathy for McCurdy's traumatic experiences as an actor and disappointment that she won't appear alongside Miranda Cosgrove, Nathan Kress and Jerry Trainor on the highly anticipated Paramount+ reboot.

While McCurdy didn't directly comment on the reboot, her former co-star Kress opened up about her absence on his RadioActive Dads podcast, explaining that she was focusing on her writing, directing and podcasting efforts, and he speculated that Sam & Cat was enough for her. "Because she already did a spin-off series doing Sam & Cat, she might also feel like she got 60-70 more episodes than we did as our characters and maybe she just feels like her character is complete," he explained, as reported by Teen Vogue.

When Faris asked her about a potential return to acting, McCurdy said she made an exception for her one-woman show, I'm Glad My Mom Died, which she performed onstage in Los Angeles in February 2020, but with some apprehension. "I really did not want to because of the nerves," she said. "Because of feeling like I don't want to f*cking act anymore, 'I'm done.' So I did it just for that show, but I think that would be the most of it."

Now, it would take working with a director she "really admired" to take her away from her own directing efforts. "I feel like I have a point of view, and I have a vision," she said. "We'll see where things are in a few years."