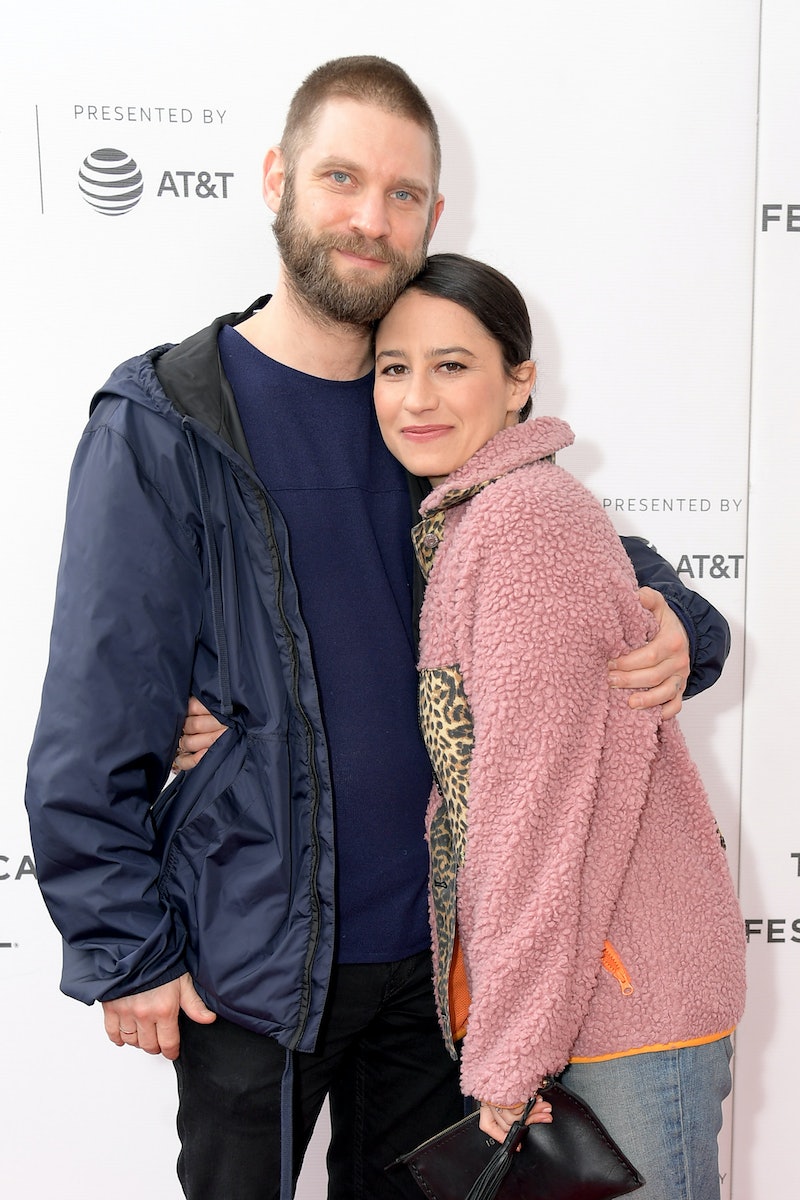 Broad City fans, we have some news: Ilana Glazer is pregnant. On Wednesday, March 17, the comedian confirmed that she is expecting her first child with husband David Rooklin in an interview with Entertainment Weekly. Coincidentally, she was also promoting her upcoming movie, False Positive, which is a horror film about a woman going through fertility treatment.

"This was not supposed to happen this way, but it's just so eerie and cosmically funny that it has," the 33-year-old actor said of being pregnant while making a film about pregnancy. "I'm lucky; I'm in control, unlike our protagonist. I don't feel like I'm having the rug pulled out from under me in any way."

Glazer went on to explain that she has such a great support system and a variety of resources to help her out if she needs it. "I'm not afraid to ask a billion questions," she said. "There are certain trends in society of how pregnancy should look — the 'shoulda coulda wouldas' that are put on women all the time but are so amplified in pregnancy. I'm specifically seeking out the most spiritually healthy and welcoming experience."

Glazer — who got married to Rooklin in 2017 — doesn’t seem particularly anxious about childbirth either. "The process of birth is so traumatic and painful, and yet it's the most miraculous, surreal, real thing,” she told EW. “It's like this perfect canvas for the paradox that is our country.”

Unfortunately, it doesn’t seem like Glazer’s False Positive character, Lucy, has the same positive pregnancy experience. In the upcoming film, which will hit Hulu on June 25, Lucy and her partner Adrian (Justin Theroux) seek help from fertility specialist Dr. Hindle (Pierce Brosnan). “It's about how the patriarchy is expressed through medicine,” Glazer told the outlet, revealing that her character doesn’t have as much control over her pregnancy as perhaps she originally thought.

“Part of that is because she is white [and] financially comfortable, and [part is] because of the aesthetics of her relationship with her partner,” Glazer continued. “Lucy believes that, at a base level, she is free and in charge of her own decisions. But she’s not. ... I think about women in America, supposedly the wealthiest nation in the world, and yet our maternal death rate is growing."

More like this
Everything To Know About Taylor Swift’s 10th Studio Album, 'Midnights'
By Grace Wehniainen and Jake Viswanath
Rachel Zegler Reveals She Had Breast Cancer Scare
By Radhika Menon
The 'Reasonable Doubt' Cast Includes A 'Save The Last Dance' Reunion
By Grace Wehniainen
Twitter Is Freaking Out Over Rihanna’s 2023 Super Bowl Halftime Show Announcement
By Stephanie Topacio Long
Get Even More From Bustle — Sign Up For The Newsletter