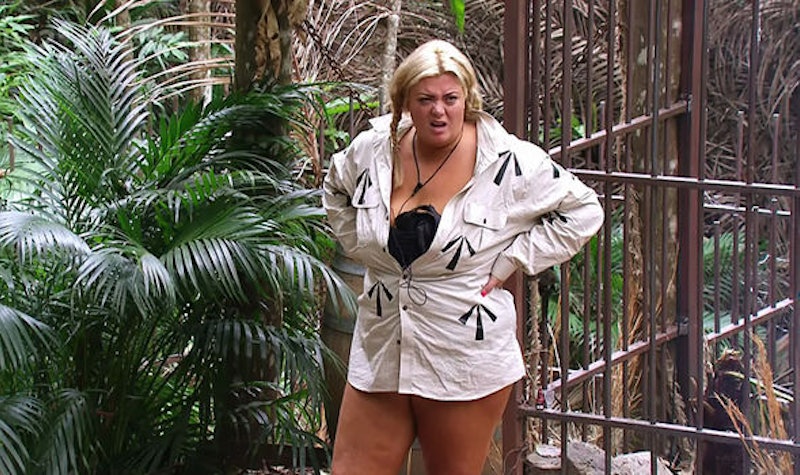 Coronavirus has ruined many things for us this year, from major sporting events to TV regulars. One show that is managing to stay on our screens, however, is I'm A Celebrity, Get Me Out Of Here, which delights viewers every year. But it hasn't been without adjustments, the largest of which has just been announced and may change the show's dynamic more than ever. I'm A Celebrity will be filmed in the UK this year, rather than its native Australia, for the first time in its 20-year history.

ITV announced the news on Aug. 7, citing coronavirus as the sole reason for the shift. Instead of taking place in the Australian jungle as usual, 2020's series will be held in the Welsh countryside at Gwrych Castle in Conwy. This means the celebrity contestants will be fighting it out to become King or Queen of the castle, rather than the jungle. Sounds fun, right?

The broadcaster has assured fans that the series will be as close to 'normal' as possible, with Ant and Dec still hosting, and celebrities undertaking "gruelling trials and fun-filled challenges to win food and treats." So if you watch for the savage Bushtucker trials, you'll still want to tune in.

“We announced last week that we were doing all we could to make the series and I’m thrilled that we can bring the show to viewers albeit not in the jungle. We have a great team both on and off screen and I know they will produce a hugely entertaining series."

“We pulled out all the stops to try and make the series happen in Australia. Unfortunately, due to the ongoing Covid-19 pandemic and despite us looking at many different contingencies, it became apparent that it just wasn’t possible for us to travel and make the show there. However, we are all really excited about a UK version of I’m A Celebrity. While it will certainly be different producing the show from the UK, the same tone and feel will remain.

“Our celebrities will probably have to swap shorts for thermals but they can still look forward to a basic diet of rice and beans and plenty of thrills and surprises along the way."

With the series set to begin on Nov. 15, it is so far unclear which celebrities will be taking part. Although there's a whole host of rumours, ranging from Jessie J to Shane Richie.

More like this
A Former 'Strictly Come Dancing' Pro Permanently Joins 'It Takes Two' Spin-Off
By El Hunt and Sam Ramsden
Only 3 'Married At First Sight UK' Couples Are Still Together
By Bustle UK
'I'm A Celebrity' Just Made A *Major* Announcement
By Sam Ramsden
What Exactly Is The Bish & Chips Show?
By Frances Stewart
Get The Very Best Of Bustle/UK

This article was originally published on Aug. 7, 2020